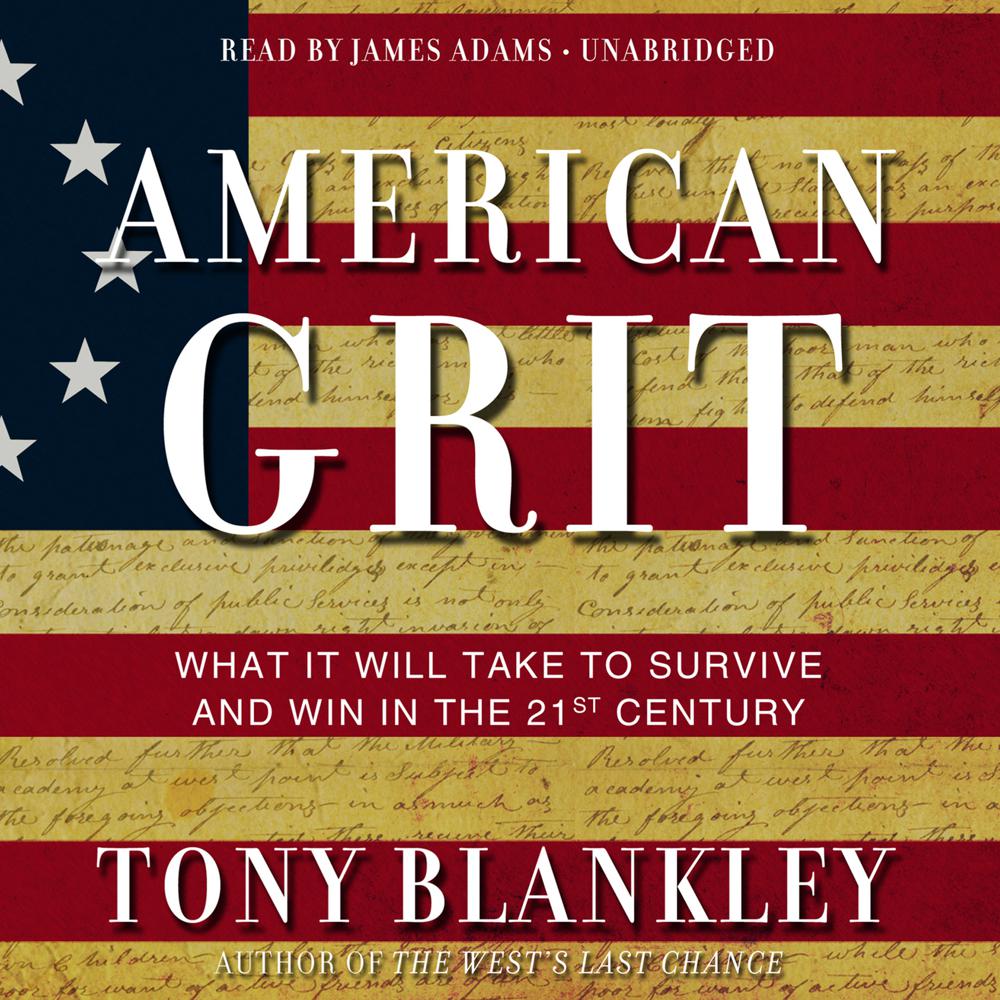 Americans need to toughen up, personally, culturally, and as a national fighting force, if we are to survive the unprecedented threat from Islamist assault. So says New York Times bestselling author Tony Blankley in his new book, American Grit. In it, Blankley prescribes a three-pronged approach, and lays out a compelling plan for the US to implement:

– A universal military draft of both men and women--not only to boost the size of our fighting force, but to instill a unity of toughness and cultural purpose among both the personally self-indulgent and un-assimilated immigrants.

– A policy to get us on the road to energy independence to expand our diplomatic and economic options in the Middle East and around the world.

– A serious and sophisticated program for communicating Western moral values and the American spirit of self-determination to people living under oppressive regimes as well as to voters here at home.

These three components were the key to America's success in previous wars, and must be "rediscovered" today. The "PC" crowd will complain, but Blankley argues that this conservative manifesto to re-establish American grit is essential—our nation's very survival depends on it.

“An extremely controversial, thought-provoking treatment of an important subject.”

“For anyone interested in an uncertain world and our nation’s place in it, current and future events make Tony Blankley’s exceptional book, The West’s Last Chance, a must-read.”

“Tony Blankley has long been one of America's most trenchant conservative commentators and thinkers. In American Grit, he provides conservatives—and Americans generally—his wise thoughts on where we should be going in the future.”