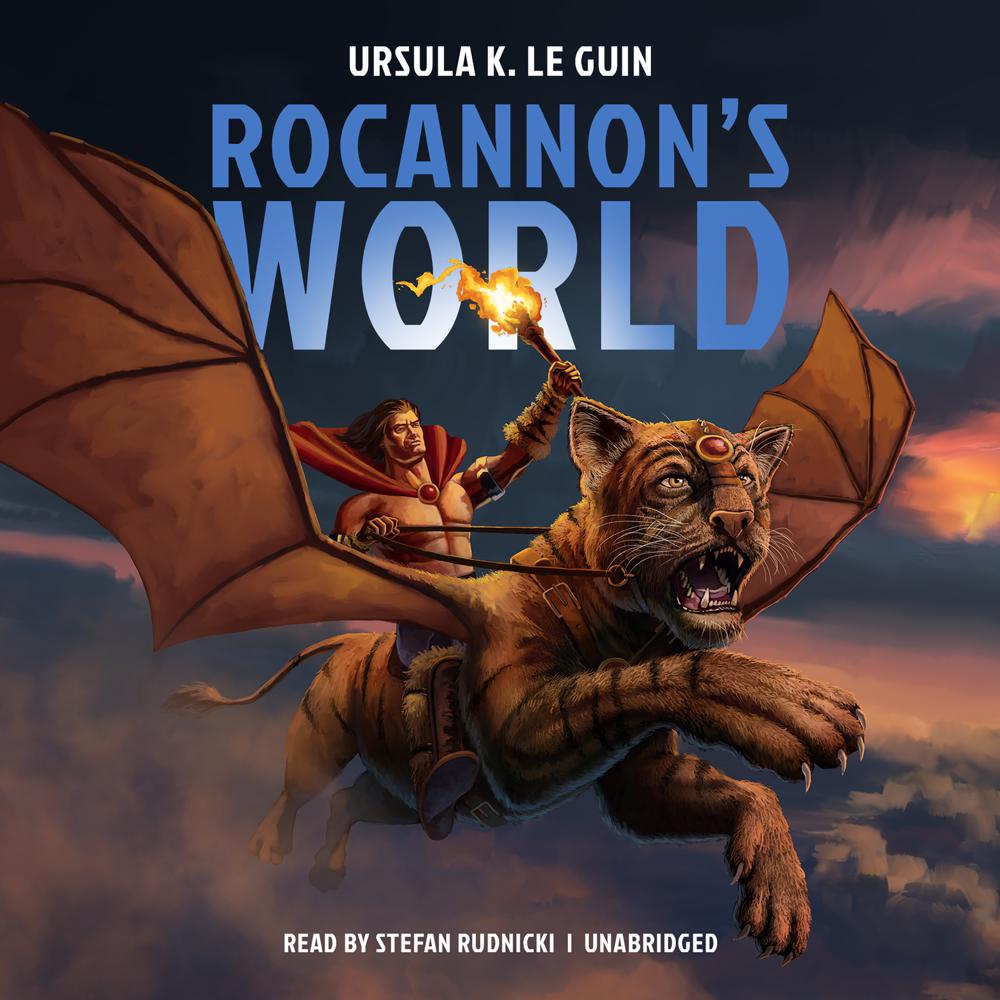 This debut novel from preeminent science fiction writer Ursula Le Guin introduces her brilliant Hainish series, set in a galaxy seeded by the planet Hain with a variety of humanoid species, including that of Earth. Over the centuries, the Hainish colonies have evolved into physically and culturally unique peoples, joined by a League of All Worlds.

Earth-scientist Rocannon has been leading an ethnological survey on a remote world populated by three native races: the cavern-dwelling Gdemiar, the elvish Fiia, and the warrior clan, Liuar. But when the technologically primitive planet is suddenly invaded by a fleet of ships from the stars, rebels against the League of All Worlds, Rocannon is the only survey member left alive. Marooned among alien peoples, he leads the battle to free this newly discovered world and finds that legends grow around him as he fights.

“I had forgotten, in the thirty-five years since I first read it, just how good a book Rocannon’s World is…So when I listened to Stefan Rudnicki’s brilliant reading of the book…I was prepared for the book to be good. It was more than good…I would call the book unforgettable, except that I had forgotten almost everything about the plot. What I didn’t forget was the impression it made on me; and this time through, especially with Rudnicki’s deeply emotional reading, it made just as strong an impression.”

“Stefan Rudnicki’s muscular, antiseptic voice is the perfect vehicle to deliver this tale. His tone is impeccable, his pronunciation exact...It’s well worth your time.”