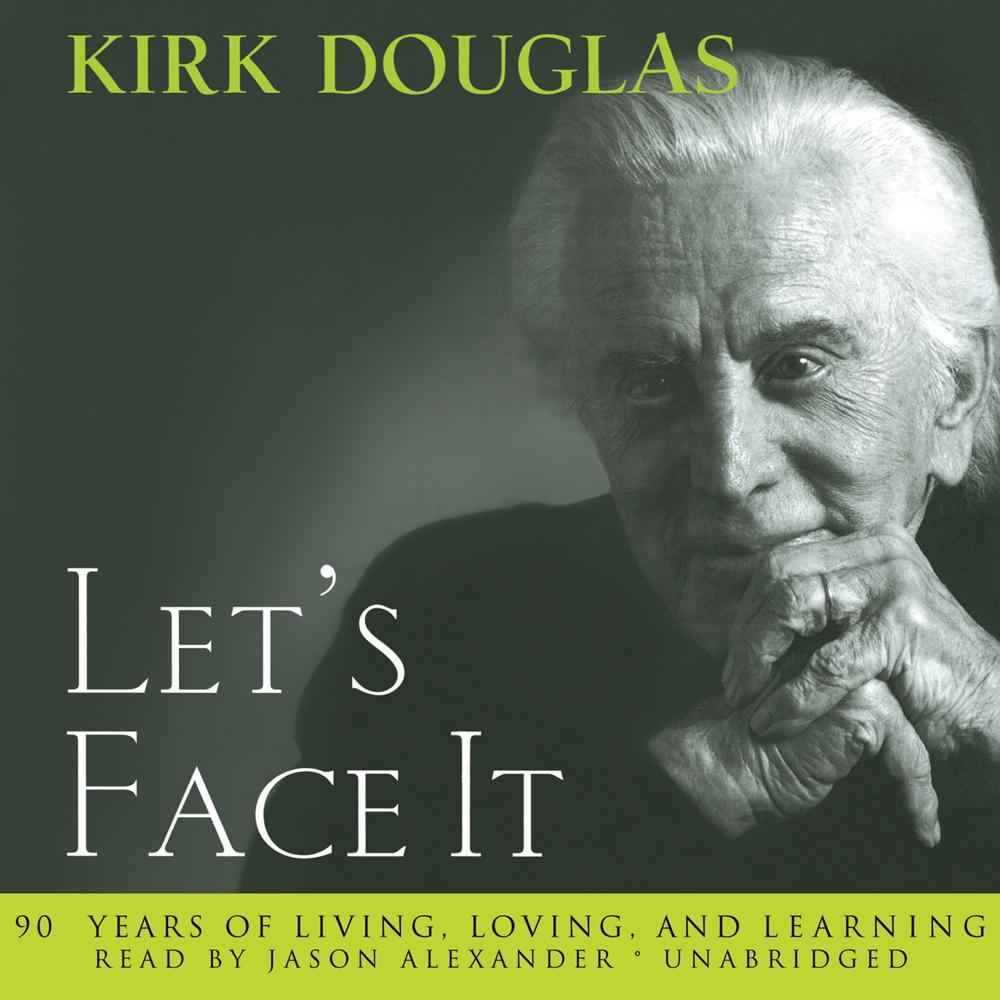 Kirk Douglas has been one of the brightest stars in Hollywood, a hard-charging actor whose intensity on the screen has been mirrored in his personal life. In this poignant and inspiring memoir, Douglas contemplates what life is all about, weighing current events from his present frame of mind while summoning the passions of his younger days.

Kirk Douglas is a born storyteller, and throughout Let's Face It he offers wonderful tales, favorite jokes, and hard-won insights. He explores the mixed blessings of growing older and looks back at his childhood, his young adulthood, and his storied, glamorous, and colorful life and career in Hollywood. He tells delightful stories of the making of such films as Spartacus, Lust for Life, Champion, The Bad and the Beautiful, and many others, and he includes anecdotes about such friends as Frank Sinatra, Burt Lancaster, Lauren Bacall, Ronald Reagan, Ava Gardner, Henry Kissinger, Fred Astaire, Yul Brynner, John Wayne, and Johnny Cash. He reveals the secrets that have kept him and his wife, Anne, happily married for more than five decades and talks fondly and movingly of times spent with his sons and grandchildren. He also reflects upon his Jewish faith and offers strong opinions on everything from racism to corporate greed to the war in Iraq and the situation in Israel.

A must-read for every fan, this engrossing memoir provides an indelible self-portrait of one of America's screen icons—while sharing the wit and wisdom Kirk Douglas has accumulated over a lifetime.

“Easily his most compelling [book]…a series of insights into the mind of a man reflecting on the past and facing the inevitable.”

“Jason Alexander…speaks in a sage-like tone and pitch that capture the spirit and essence of Douglas…Alexander treats the material with grace and dignity…fans looking to savor a connection with a living legend will not be disappointed.”

“One finishes this book greatly charmed by a man who has lived a full life and who sees himself and the world in a thoughtful, even poetic way. Bravo to Jason Alexander for conveying all of this in his excellent reading.”

“Douglas makes another splendid foray into his life, and Jason Alexander excels in its narration. Alexander’s voice is friendly and inclusive, and his speech patterns are well suited for Douglas’ many remembrances…Alexander transforms the iconic movie star into the decent, humane man fans never knew—’til now.”