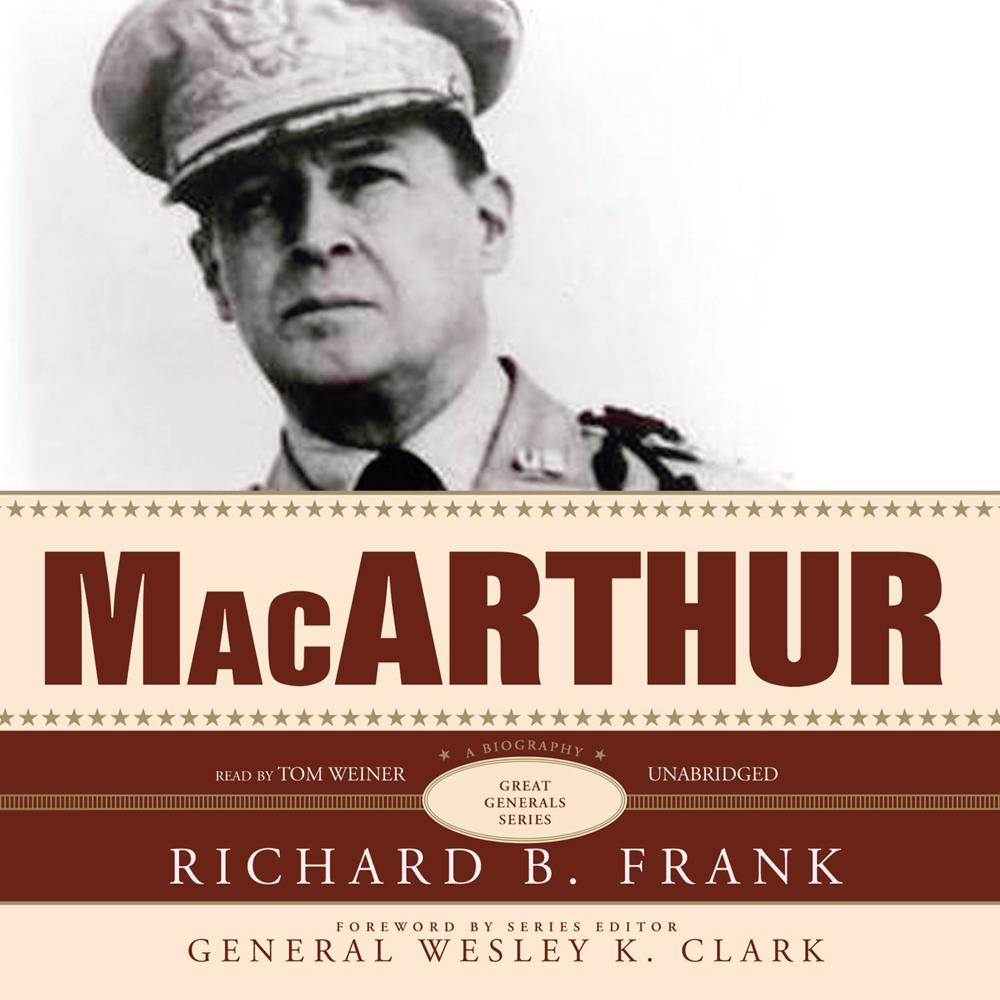 Douglas MacArthur is best remembered for his adaptability that hoisted him to his greatest accomplishments. Adaptability now reigns as the most indispensable trait for high military leadership in an era of technological leaps that guarantee the nature of war will radically change during the span of an ordinary career. No American figure better exemplifies this trait than the man who was commissioned before the Wright Brothers’ first flight but became a keen exponent of an entirely new dimension in warfare. He was also in charge of the US occupation of Japan, the most successful occupation in history.

“Tom Weiner’s straightforward narration is an excellent fit for the no-nonsense story of a boy born in military barracks and brought up in a military family…With a crisp, unfussy delivery, Weiner portrays a man whose actions in Korea enabled the containment of Communist China for 50 years and whose ego made many powerful enemies, ultimately leading to the end of his military career.”

“Douglas MacArthur was either the greatest American military commander of the 20th century—or a dangerous megalomaniac. In this shrewd, fair, but unblinking biography, MacArthur is both—at once—brilliant and deeply flawed and, in Frank’s skillful telling, an endlessly fascinating character. Rich Frank has long been a premier historian of the Pacific War. Now he has shown that he is first rank biographer as well.”

“A classic example of good things in small packages, this addition to the Great Generals Series owes much to its author, an expert on the Pacific War…A good addition for any and all twentieth-century American history collections.”

“Richard B. Frank’s incisive biography of General Douglas MacArthur offers not only a great read, but a timely and useful study both of the dilemmas of civil-military relations and the challenges facing American military leaders thrust onto a global stage. The writing is always clear, the history always accurate, and the analysis consistently stimulating. For all his faults, MacArthur was indisputably a great man among great contemporaries—this book will make the reader ponder the disappearance of such greatness among our nation’s leaders, military or civilian.”