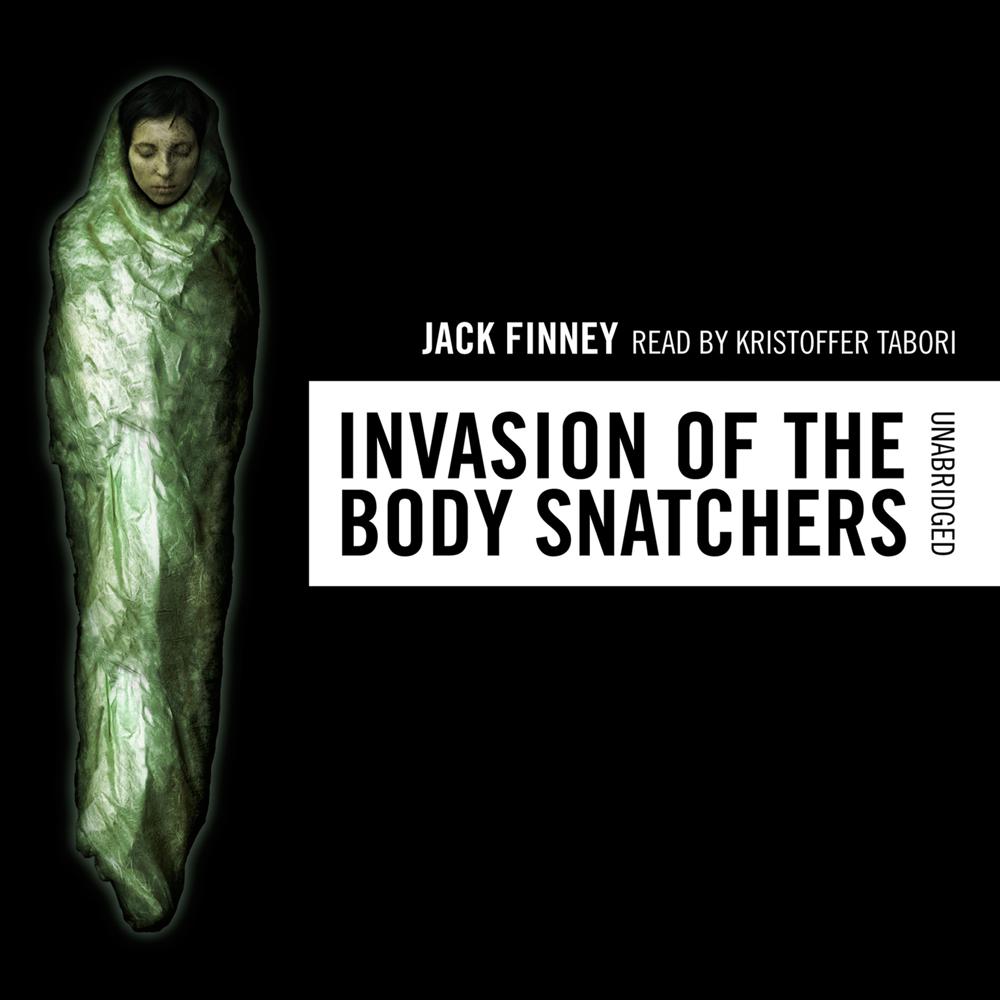 On a quiet fall evening in the small, peaceful town of Mill Valley, California, Dr. Miles Bennell discovers an insidious, horrifying plot. Silently, subtly, almost imperceptibly, alien life-forms are taking over the bodies and minds of his neighbors, his friends, his family, the woman he loves—the world as he knows it. Miles knows the invasion is linked to the mysterious seed pods that have been turning up everywhere—and the pod people are spreading fast.

This classic 1955 thriller of the triumph of the human spirit over an invisible enemy inspired the acclaimed 1956 film, directed by Don Siegel and named one ofTimemagazine's 100 Best Films. Blackstone's edition is read by Don Siegel's son, actor-director Kristoffer Tabori, an Emmy® and Audie® Award winner, and concludes with the narrator's insider reminiscences of his father's work on the film.

“Finney’s classic tale of alien invasion is recreated anew with more terror than the book or the film. Tabori delivers a performance that will chill listeners with his intensity and sense of urgency…By the end of this production, listeners will believe they are listening to Miles himself and not just some narrator.”

“Reader Tabori delivers a chillingly intense performance creating mounting terror with the carefully controlled volume of his voice. This classic SF/horror story has gone through several incarnations on the screen, but none compare to Finney’s original story; and with Tabori’s brilliantly strong reading, it remains an icon in its genre.”

“This science fiction classic is expertly narrated by Kristoffer Tabori, who reads the first-person narrative with gritty intensity that will remind listeners of a noir detective novel…Tabori’s narration captures the earthiness of the main character, Miles, who is ever smart and practical no matter how strange things get.”