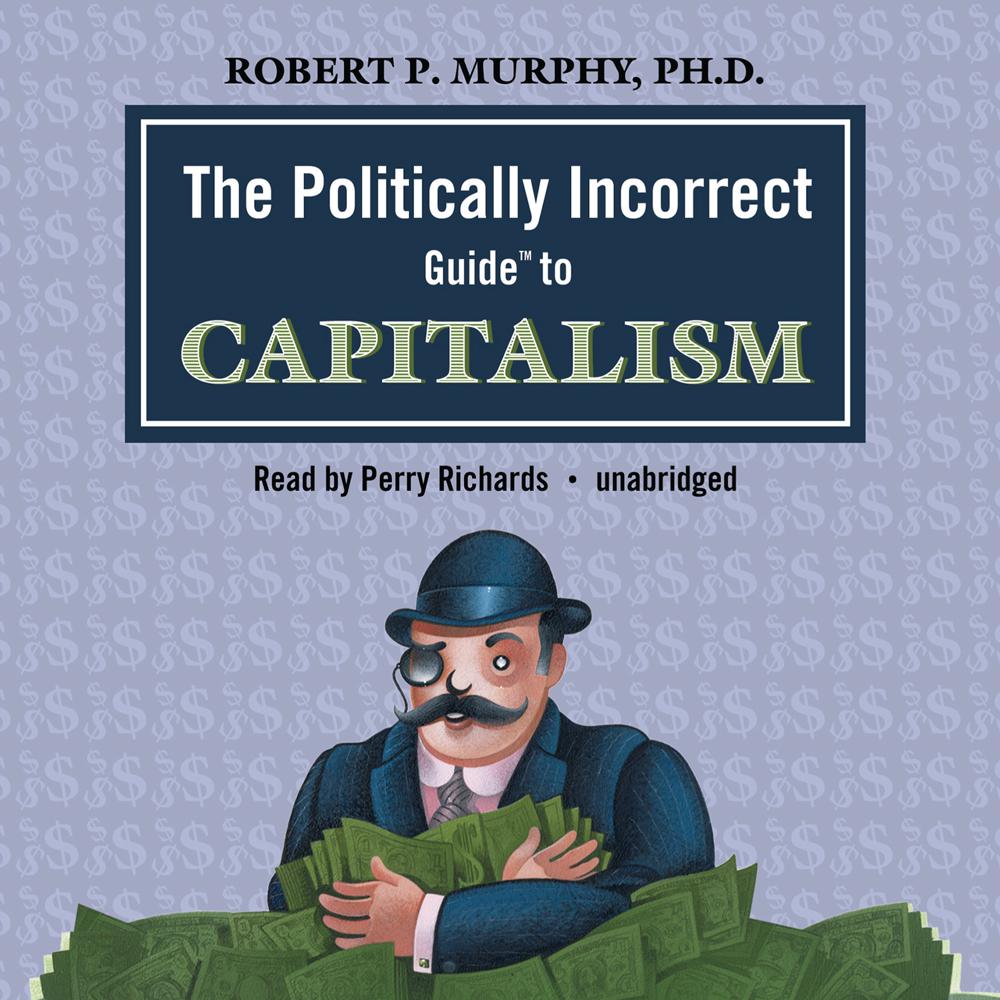 Participating in the economy is a part of everyday life; yet much of what is commonly accepted as economic fact is wrong. Keynesian schoolteachers and the liberal media have filled the world with politically correct errors that myth-busting professor Robert Murphy sets straight. Murphy explains hot topics like outsourcing (why it's good for Americans) and zoning restrictions (why they're not).

Just like the other books in the PIG series, The Politically Incorrect Guideto Capitalism pulls no punches. Murphy defends the free market on such sensitive issues as safety regulations, racial discrimination, and child-labor laws, all in a breezy manner that is anything but textbook. From rent control to golden parachutes to where money came from in the first place, The Politically Incorrect Guide to Capitalism sets the record straight on everything you thought you knew about economics.

Murphy starts with a basic explanation of what capitalism really is, and then dives fearlessly into hot topics like

–Why central planning has never worked and never will

–How labor unions actually hurt workers more than they help them

–Why increasing the minimum wage is always a bad idea

–Why the free market is the best guard against racism

–Raising taxes: why it is never "responsible"

–The IMF and World Bank: why they don't help poor countries

The Politically Incorrect Guide to Capitalism is a solid and entertaining guide to free market economics. With his twelve-step plan for understanding the free market, Murphy shows why conservatives should resist attempts to socialize America and fight spiritedly for the free market.

“A disciple of economic guru Martin Friedman, Murphy has never met a millionaire he didn’t like and is happy to tell you so, using Richards as his silver-tongued messenger.”

“Not only is Murphy’s book irreverent, but it’s fun to read and exposes a lot of common fallacies. I read it with great excitement. It’s written with a flair and makes you rethink your view on minimum wages, deficit spending, taxes, unions, the environment, and globalization. Bravo!”

“Bob Murphy is one of those rare thinkers who possesses both sound economics and an ability to write. He displays these traits well in his guide to free market capitalism. Far from being an abstract, dismal science that serves only to torture undergrads, economics is deadly serious and vital to the future of this country. As he demonstrates in his book, [Murphy] knows the theory, but also how to apply it in the real world.”

“Dr. Murphy has the gift of making clear and simple what appears to be confusing. While many economists attempt to complicate issues in order to ‘prove by intimidation,’ Dr. Murphy makes the argument with such clarity that the average reader will wonder why [he or she] didn’t figure this out in the first place.”

“You’ve heard the anticapitalist lies a million times. Now Robert Murphy tells the truth: capitalism created civilization and sustains it. Without capitalism, the human population would mostly die off, with the survivors living in caves.”