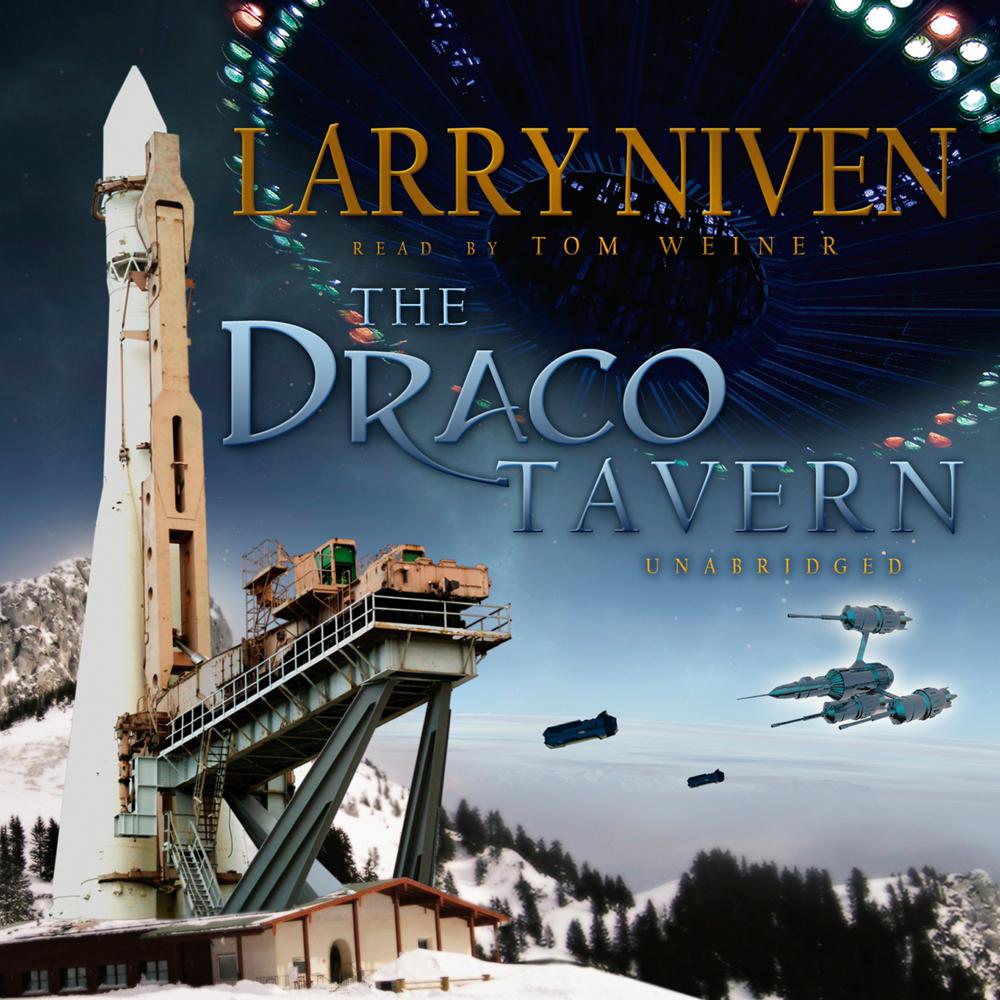 When a tremendous spacecraft took orbit around Earth's moon and began sending smaller landers down toward the North Pole, the newly arrived visitors quickly set up a permanent spaceport in Siberia. Their presence attracted many, and a few grew conspicuously rich from secrets they learned from talking to the aliens. One of these men, Rick Schumann, established a tavern catering to all the various species of visiting aliens, a place he named the Draco Tavern.

From the mind of bestselling author Larry Niven come twenty-seven tales and vignettes from this interplanetary gathering place, collected for the first time in one volume. Join Rick and his staff as they chronicle the seemingly infinite alien species that spend a few moments pondering life and all its questions within the Draco Tavern.

The stories include"The Subject Is Closed," in which a priest visits the tavern and goes one-on-one with a chirpsithra alien on the subject of God and life after death; "Table Mannners: A Folk Tale," in which Rick Schumann is invited to hunt with five folk aliens, but he's not quite sure what their hunt entails—or if he will be the hunted; "Losing Mars," a previously unpublished tale in which a group of aliens who call Mars and its moon home arrive at the tavern only to find that humans have mostly forgotten about their neighboring planet; and many more.

“The stories are full of the unique perspectives of these travelers and their accounts of their home planets. Rick Schumann is characterized as the classic bartender by narrator Tom Weiner. He is inventive in his characterizations of the visitors who engage Schumann over the bar. Weiner gives the same attention to short pieces that he does to full stories and provides continuity without being overbearing.”

“There’s joy and sadness and everything in between in these stories—which seem to have been devised as vehicles for Niven to explore a wide variety of ideas and also happen to be about what it means to be human.”