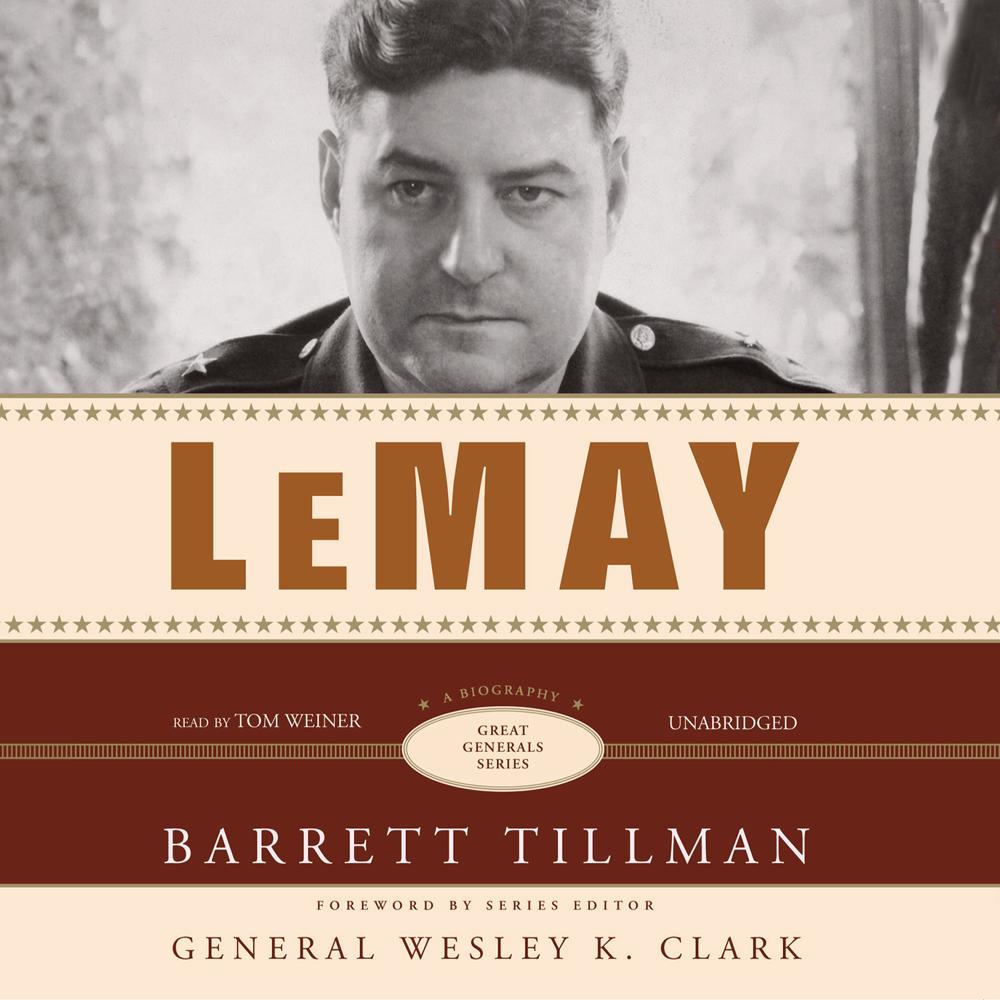 Packed with breathtaking air battles and ground tactics, this new addition to the Great Generals Series features the controversial command and strategies of the former Air Force Chief of Staff.

Curtis LeMay was a terrifying, complex, and brilliant general. In World War II, he ordered the firebombing of Tokyo and was in charge when atomic bombs were dropped on Japan. He was responsible for tens of thousands of civilian deaths, a fact he liked to celebrate by smoking Cuban cigars.

But LeMay was also the man who single-handedly transformed the American Air Force from poorly trained and badly equipped pilots into one of the fiercest weapons of the war. Over the last decades, most US military missions were carried out entirely through use of the Air Force. This is LeMay’s legacy.

“A brilliant book! Barrett Tillman describes the true magnitude of LeMay’s achievements, while rendering the first posthumous biography of a complex, controversial figure. Objective and beautifully written…an absolute must for every aviation or military historian and for anyone interested in leadership.”

“Mr. Tillman finds much to admire in LeMay, a general who led his own bomber missions and was more familiar with flying equipment than his own men.”

“Thorough, balanced, and insightful, Barrett Tillman’s masterful biography of Curtis LeMay is a long-overdue and thought-provoking study, one certain to become a standard.”

“Curtis E. LeMay…was far more complex than his detractors claim. Barrett Tillman, one of America’s top history writers, gives us an authentic feel for LeMay and for the way LeMay left his mark on the twentieth century.”