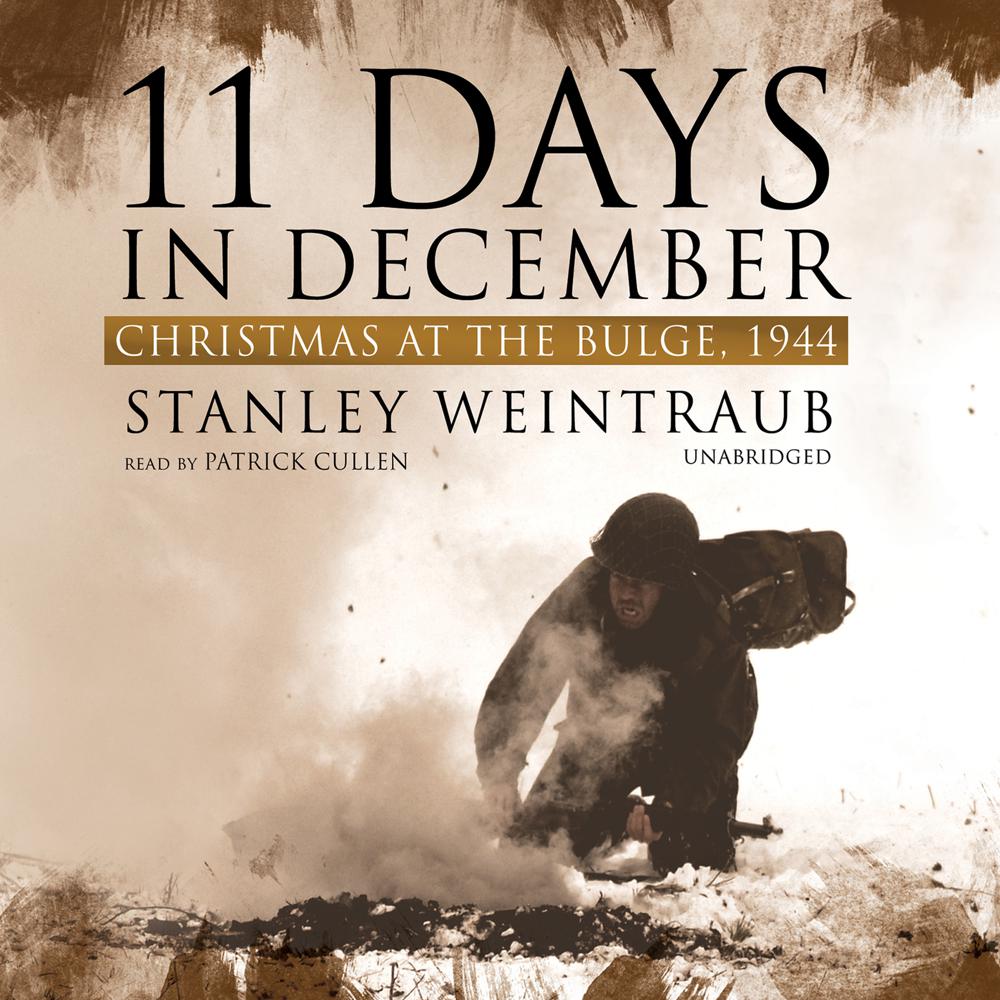 11 Days in December tells the dramatic story of one of the grimmest points of World War II and its Christmas Eve turn toward victory.

In December 1944, the Allied forces thought their campaign for securing Europe was in its final stages. But Germany had one last great surprise attack still planned, leading to some of the most intense fighting in World War II: the Battle of the Bulge. After ten days of horrific weather conditions and warfare, General Patton famously asked God, "Sir, whose side are you on?" For the next four days, as the skies cleared, the Allies could fly again, the Nazis were contained, and the outcome of the war was ensured.

Renowned historian and author Stanley Weintraub tells the remarkable story of the Battle of the Bulge as it has never been told before, from frozen foxholes to barn shelters to boxcars packed with wretched prisoners of war. Heweaves together the stories of ordinary soldiers and their generals to recreate this dramatic, crucial narrative of a miraculous shift of luck in the midst of the most significant war of the modern era.

“Reading Stanley Weintraub’s 11 Days in December: Christmas at the Bulge, 1944 is like sitting down with an entertaining raconteur steeped in World War II’s history and literature. This is a rewarding mosaic of personal stories, woven around two themes: Christmas and a broader military picture of a battle in which, according to official estimates, almost 81,000 Americans and more than 98,000 Germans were killed, wounded or captured.”

“Weintraub provides an ‘everyman’s’ look at this critical struggle, written in a matter-of-fact, no-nonsense style. Cullen reads in an unvoiced, understated tone that allows the dramatic content to hold the reader’s attention.”

“Listeners share the cold, loss, and sense of doubt plaguing the ordinary soldier…Well worth hearing are the letters, journals, and recollections of soldiers who fought and celebrated the holiday far from home…An unforgettable portrait of war.”

“A compact, fast-moving account of those critical days…Weintraub’s use of the letters and diaries of ‘lesser’ soldiers enlivens his account and makes this a particularly poignant saga of men in war.”

“One of war’s most graceful chroniclers visits the troops in the winter of 1944 as the Germans planned and executed a fierce, desperate attack. How do men in hell celebrate Christmas? Weintraub explores that question while delineating German strategy and the Allied response, territories he knows well…The best, most affecting and effective sections are anecdotes about how individuals behaved (bravely, brutally, cravenly, bizarrely), how some men were able to convince other men to run toward gunfire, [and] how soldiers and officers on both sides figured out how to celebrate Christmas in the absence of all evident humanity.”