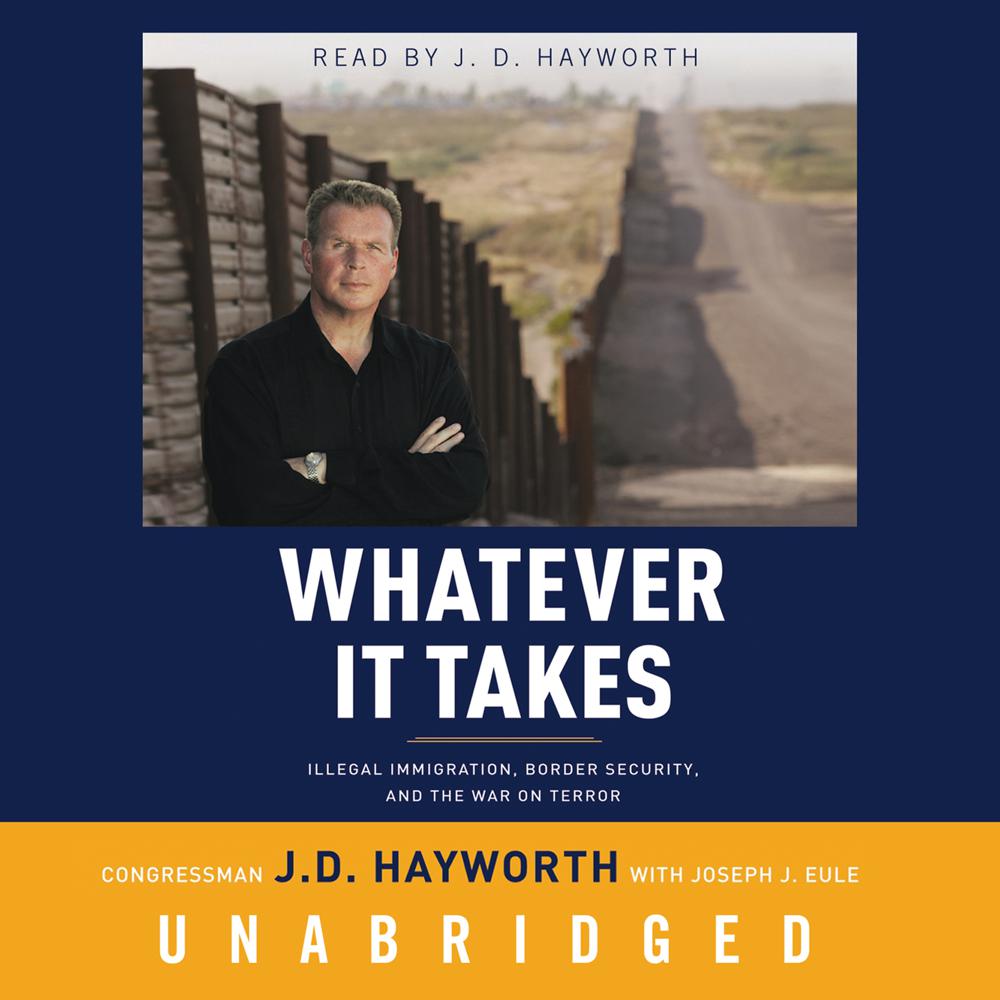 What should we do to solve America's border crisis? Whatever it takes! That's the no-nonsense approach of Arizona congressman J. D. Hayworth, one of America's most outspoken and eloquent conservative spokesmen. J. D. has walked the border and seen firsthand the devastation that illegal immigration inflicts on law-abiding Americans. He's read the intelligence reports, talked to the Border Patrol and the Marines, and knows how intolerable illegal immigration is in a post-9/11 world.

“Hayworth is not merely an observer of recent events surrounding illegal immigration—he is a front-line combatant. So he is able to tell the story of government collusion, incompetence, and squabbling from an insider’s perspective.”

“This book is a wake-up call to all concerned citizens to demand that our government take the steps that we know will work to stop illegal immigration and protect our country.”