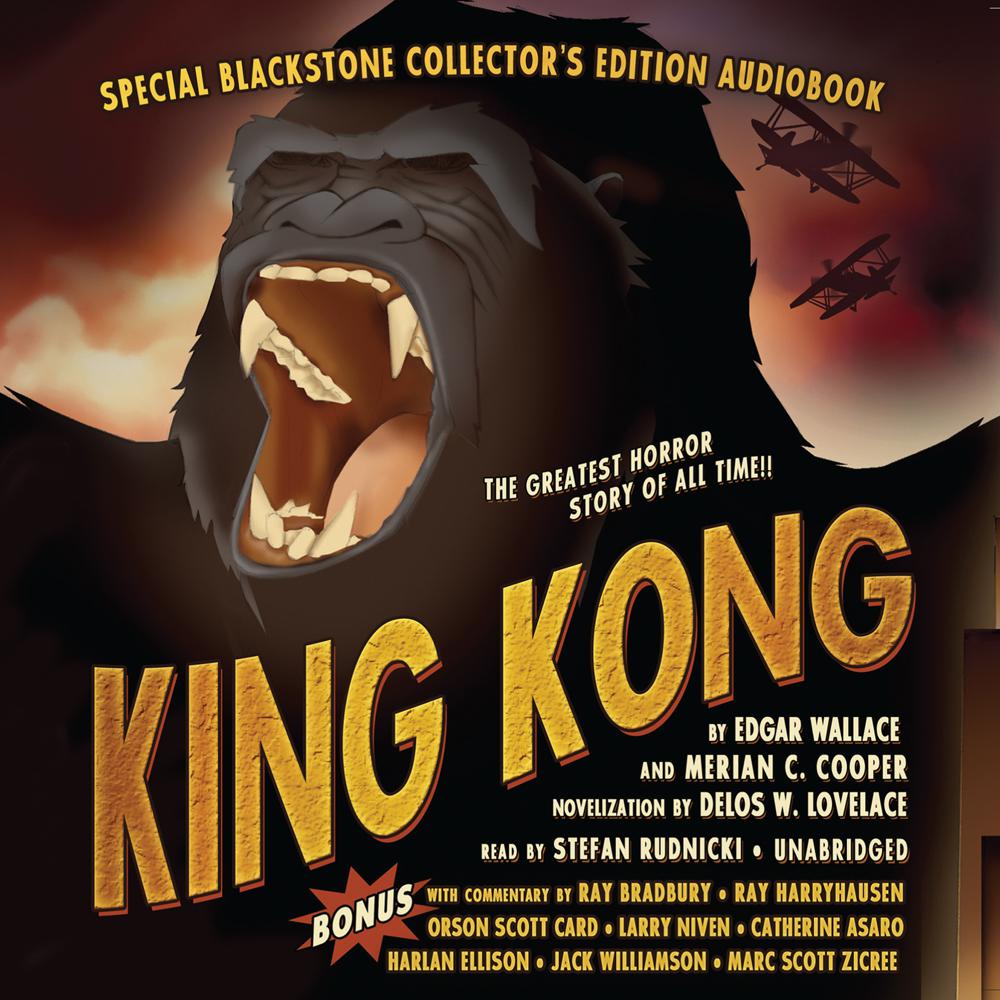 KING KONG: His very name inspires awe, horror, and, for some of the greatest masters of contemporary science fiction, a strong affection. Find out why in this special collector’s edition of the original 1932 novelization of Wallace and Cooper’s movie, which includes commentary by eight masters of science fiction. Ray Bradbury, Ray Harryhausen, Orson Scott Card, Harlan Ellison, Larry Niven, Catherine Asaro, Jack Williamson, and Marc Zicree tell in their own words what it was about the movie that inspired them.

“Rudnicki provides his melodious baritone…He keeps his characterizations diverse but restrained [and] provides a fine, laid-back performance. Even more enjoyable are the commentaries found on disc five.”

“Stefan Rudnicki treats this pulpy novelization of the original Kong film with respect, allowing listeners to appreciate on its own terms the familiar story…Rudnicki’s deep, craggy voice…and seriousness help one past the campy or dated parts.”

“King Kong still holds the force of its raw simplicity. More myth than monster, Kong suffers the fate of the classic tragic hero, destroyed by his own nobility. High-tech civilization overwhelms his primitive power. Beauty kills the beast.”

“[This] audiobook is certainly special…I loved the commentary included…a true treasure for the ages. Kudos to Blackstone for giving us this Special Edition.”