We Look like Men of War
William R. Forstchen 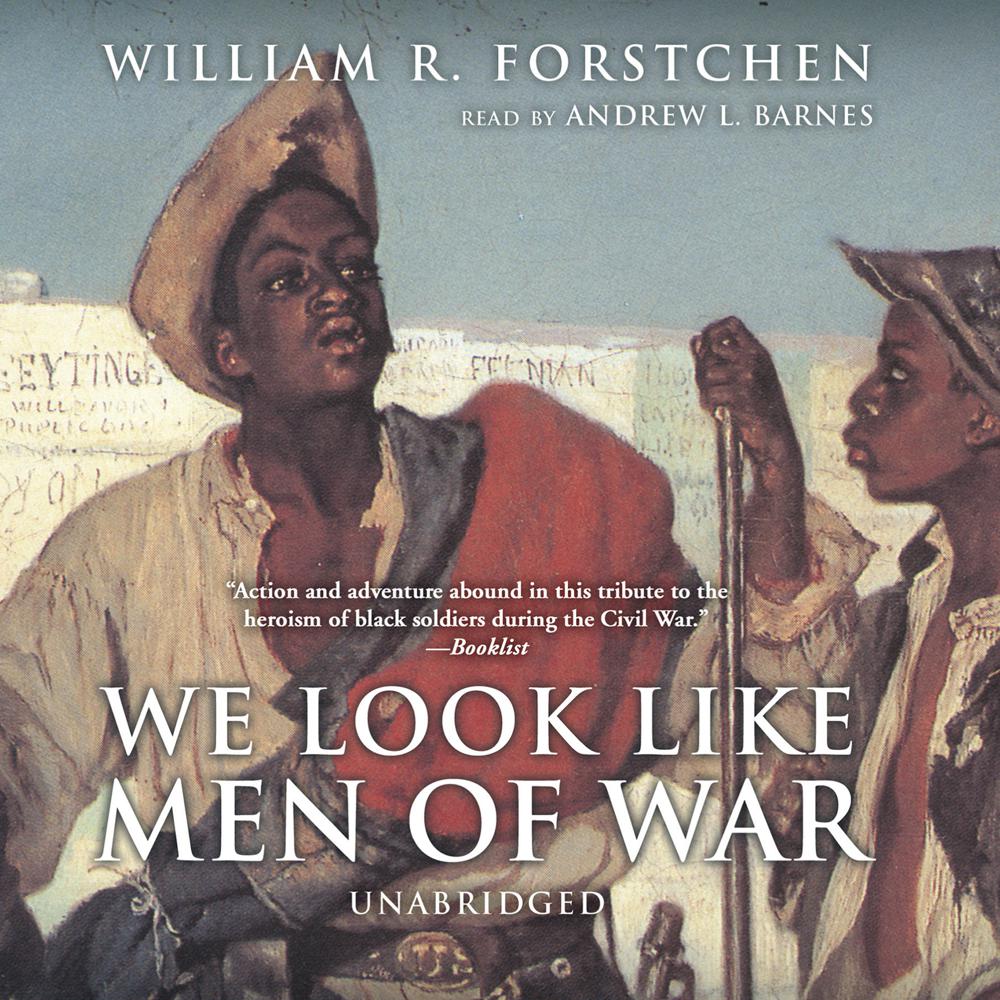 “I was born a slave, as was my father before me, but I shall die a free man.” Thus begins the poignant story of Samuel Washburn, born a slave in 1850. A young master’s cruelty leads to an unforeseen confrontation, which results in Sam and his cousin fleeing the plantation for their lives. They run north to freedom, only to return south to fight for the greater cause in the Civil War. While still a boy, Sam becomes a regimental drummer with a “colored regiment,” and sees action in the Wilderness campaign at Fredericksburg and Petersburg and the bloody Battle of the Crater in July of 1864.

Sam’s voice offers a unique and insightful perspective on the carnage of the War between the States and the toll it took on both young and old, black and white.

“[We Look Like Men of War]…is exceedingly well researched.”

“I’ve had several books go to audio, but none have hit me as hard as this one. Your narrator, Mr. Barnes, is absolutely superb.”

“Action and adventure abound in this heartfelt tribute to the heroism of black soldiers during the Civil War.”

“This book gives a starkly realistic look at the life of a soldier in the Civil War as experienced by a young African-American adolescent who escapes from bondage with the dream of serving in the Union army. I strongly recommend it, not just for students but to adults as well, for its insights into a neglected chapter in our nation’s history.”