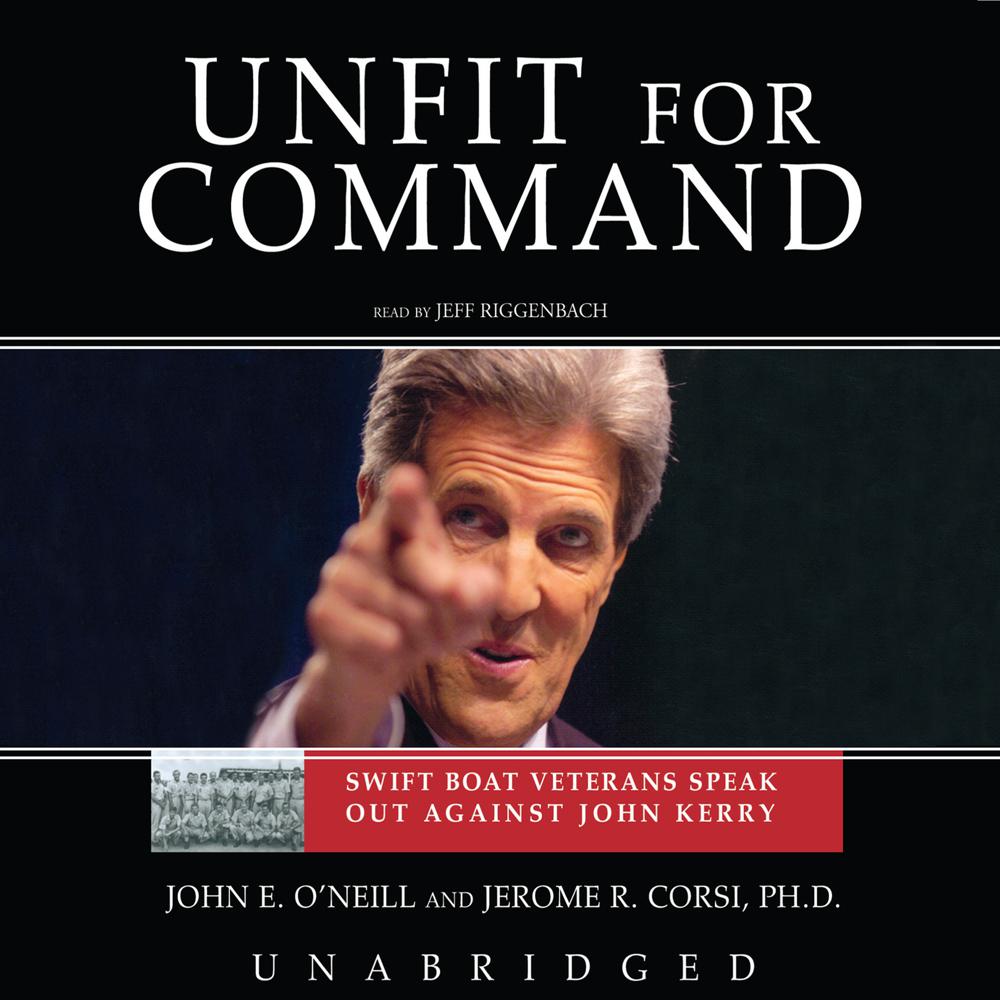 In their book, Unfit for Command, John O’Neill and coauthor Jerome Corsi bring together the words of more than two hundred Navy veterans who served with Kerry and who feel it their duty to tell why John Kerry is unworthy of the presidency.

In 1971, John O’Neill, the officer who took over John Kerry’s swift boat in Vietnam, returned home from Vietnam only to realize that the man he served with, John Kerry, had become a leader of the radical group Vietnam Veterans against the War and was slandering his fellow veterans as war criminals. O’Neill debated John Kerry on The Dick Cavett Show in 1971, successfully demolishing Kerry’s accusations against his fellow troops in Vietnam. Find out why John Kerry is unfit for command, as told by the men who served with him.