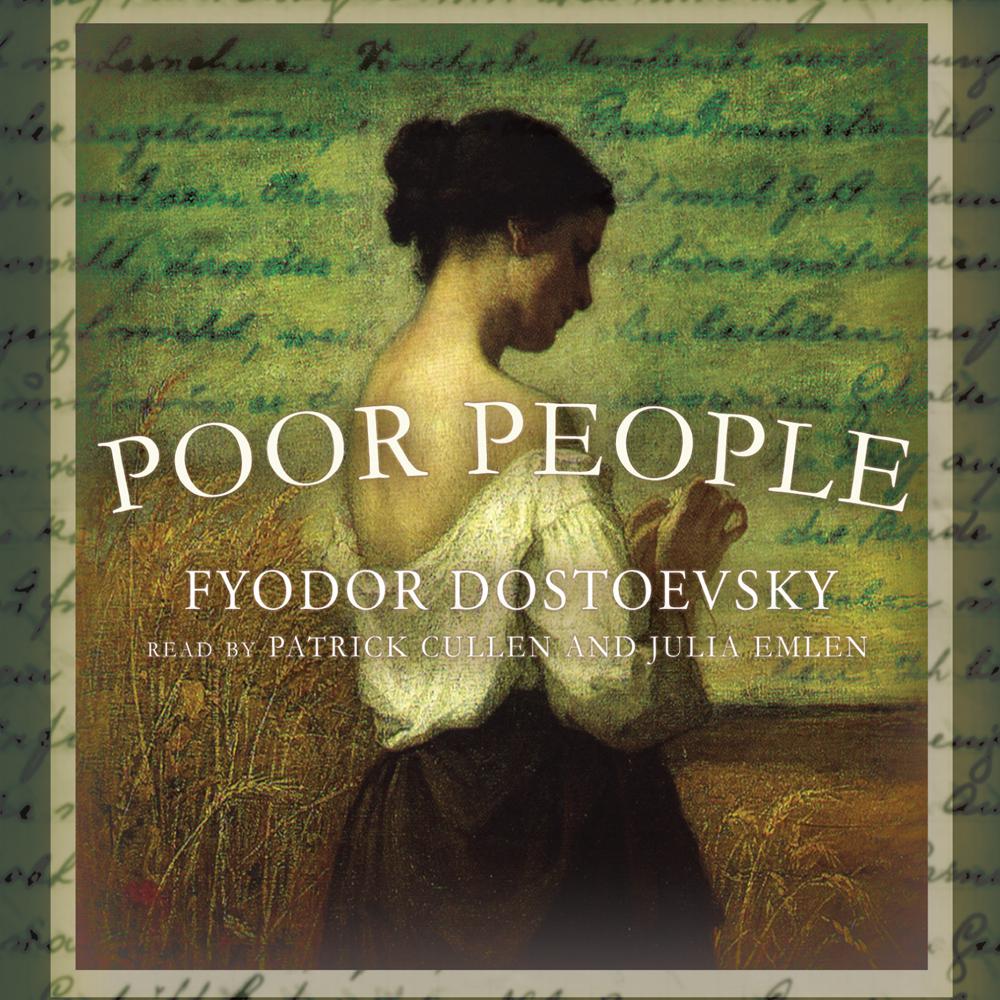 Both a masterpiece of Russian populist writing and a parody of the entire genre, Poor People is an early example of Dostoevsky’s genius.

Written as a series of letters, Poor People is the tragic tale of a petty clerk and his impossible love for a young girl. Longing to help her and her family, he sells everything he can, but his kindness leads him only into more desperate poverty, and ultimately into debauchery. As a typical “man of the underground,” he serves as the embodiment of the belief that happiness can only be achieved with riches.

This work is remarkable for its vivid characterizations, especially of Dievushkin, the clerk, solely by means of his letters to the young girl and her answers to him.

“From the first pages of Poor People I understood that Dostoevsky wrote much better than I did and, as I continued...this impression grew.”

“To you, an artist, the truth has been revealed and proclaimed; it has come to you as a gift. So cherish your gift, and remain faithful to it, and be a great writer.”

“Patrick Cullen and Julia Emlen read the letters with deep emotion, exhibiting the love, frustration, and ultimate sorrow felt by the characters. Cullen’s portrayal of Dievushkin’s bouts of drunkenness, as well as his frantic efforts to save Dobroselova, are marvelous and intense.”

“Excellent…Both readers express the hopeless love and rage that the two correspondents capture in their heartfelt letters.”