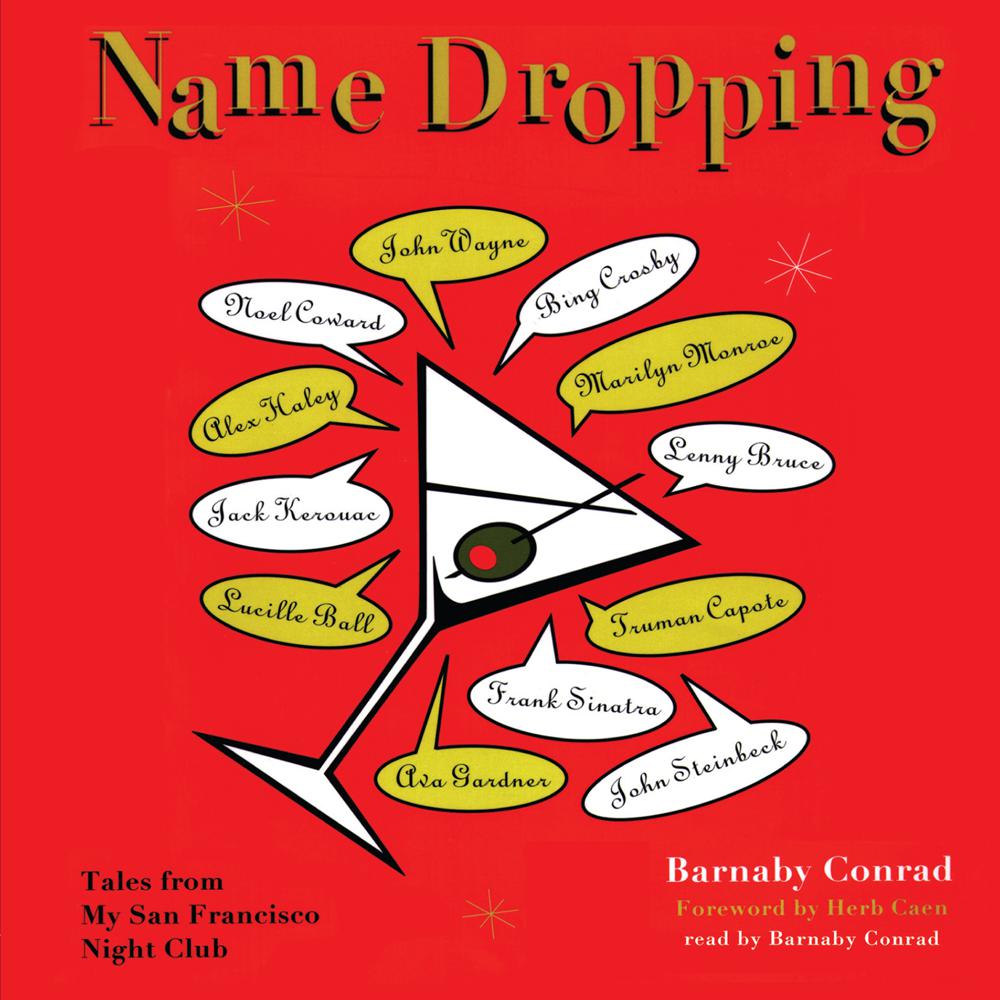 When El Matador opened in 1958, Bennett Cerf called it "the most attractive room in America." Part saloon, part salon, Barnaby Conrad's nightclub was nestled in the heart of San Francisco's cabaret and nightlife district. On any given night, one might find No├½l Coward, Marilyn Monroe, Truman Capote, Frank Sinatra, Ava Gardner, or Tyrone Power in the club or might hear Duke Ellington, Art Tatum, Eva Gabor, George Shearing, or Andr├® Previn take over the piano.

In Name Dropping, Barnaby Conrad vibrantly evokes this bygone era. Charming, personable, and witty, the author is both celebrity and fan as he shares vivid, hilarious, and surprising anecdotes, delightfully dropping famous names all the while.

“On a much higher plane than mere gossip, Name Dropping has real insights, often hilarious, sometimes poignant, but always revealing and moving.”

“This book by a master storyteller is an utter joy.”

“When Conrad pokes fun at his subjects, his thrust is usually gentle…Gossipy memoirs on celebrities abound, but Conrad’s book is cut above the rest.”

“It’s refreshing to find a book whose title accurately conveys its contents…Never catty, just damned informative throughout, this is one well-crafted, entertaining little volume, the kind of thing that shows what gossip can be in the hands of an artist.”