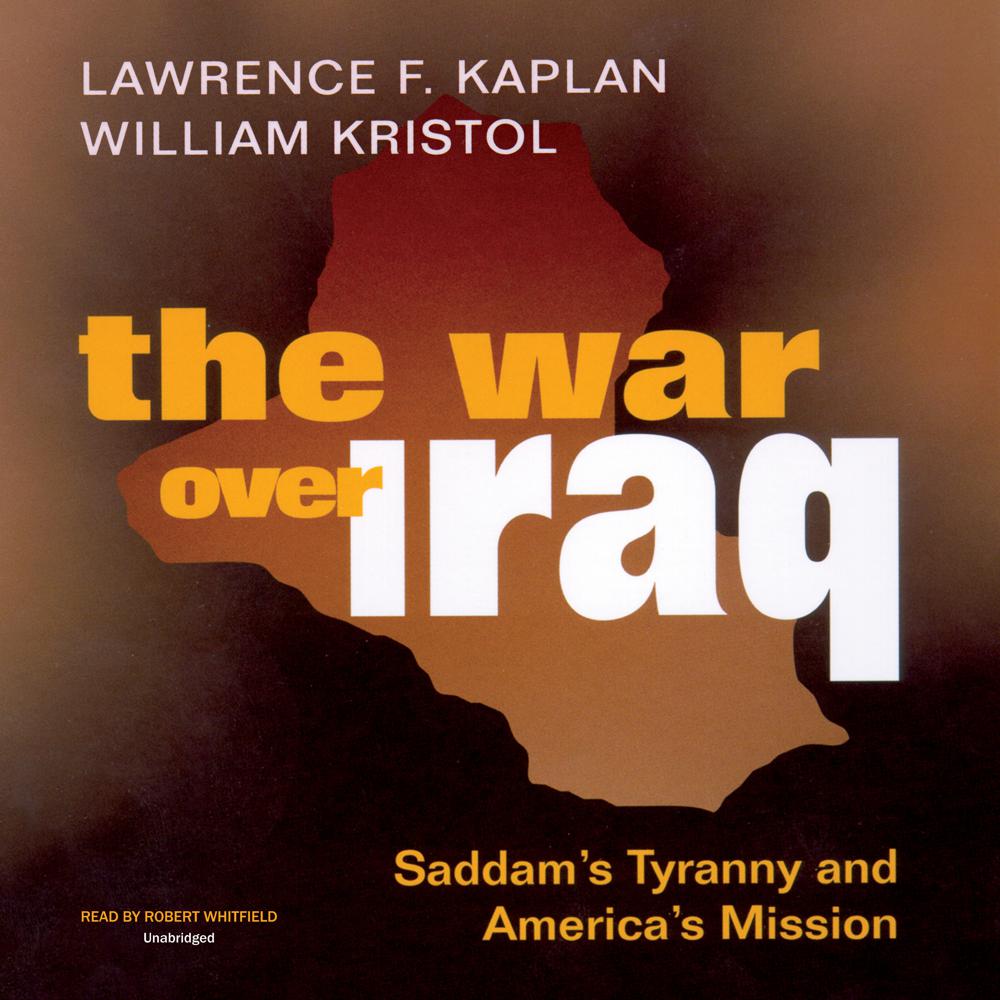 Fox News political analyst William Kristol was intimately involved (along with Bush administration figures Paul Wolfowitz and Richard Perle) in pushing proposals to militarily attack Iraq and project American military power for a “New American Century.” Here, he and New Republic senior editor Lawrence F. Kaplan present the justification for that stance. Arguing that Saddam Hussein was the preeminent danger to world civilization, they criticize the policies of the Bush I and Clinton administrations for leading to a grave crisis. They make their case for a new American foreign policy for the twenty-first century, one which they helped formulate and which the current Bush administration has put to work in Iraq: a strategy of military preemption, regime change, and projecting American influence on behalf of American interests and human freedom.

“Anyone who harbors doubt about the imperative of regime change in Iraq...should read this book.”

“The War over Iraq makes the case for President Bush’s policy against Saddam more clearly than any other document. It is also the best single primer on American foreign policy debates: What does America stand for? What is this clash all about? The reader finishes the book appalled at Saddam’s cruelty, furious a the feckless way American administrations have responded to the Iraqi menace, resolved that this time things must be different.”

“In this slim, well-argued book, Kristol and Kaplan…cogently make the case for a US invasion of Iraq…Just as importantly, the book criticizes the policy of both the latter years of the first Bush administration and the Clinton years for allowing the Iraq threat to fester…The background for a case for a US strike is articulated well here.”

“Brilliant and definitive. Kristol and Kaplan run right at the ‘narrow realists’ of Bush I and the Clintonian ‘wishful liberals’ and break all tackles. At stake is far more than the future of Iraq: the authors show us why—in the age of terror, rogue states, and weapons of mass destruction—we can only make the world safe for democracy by finishing the job of democratizing it.”