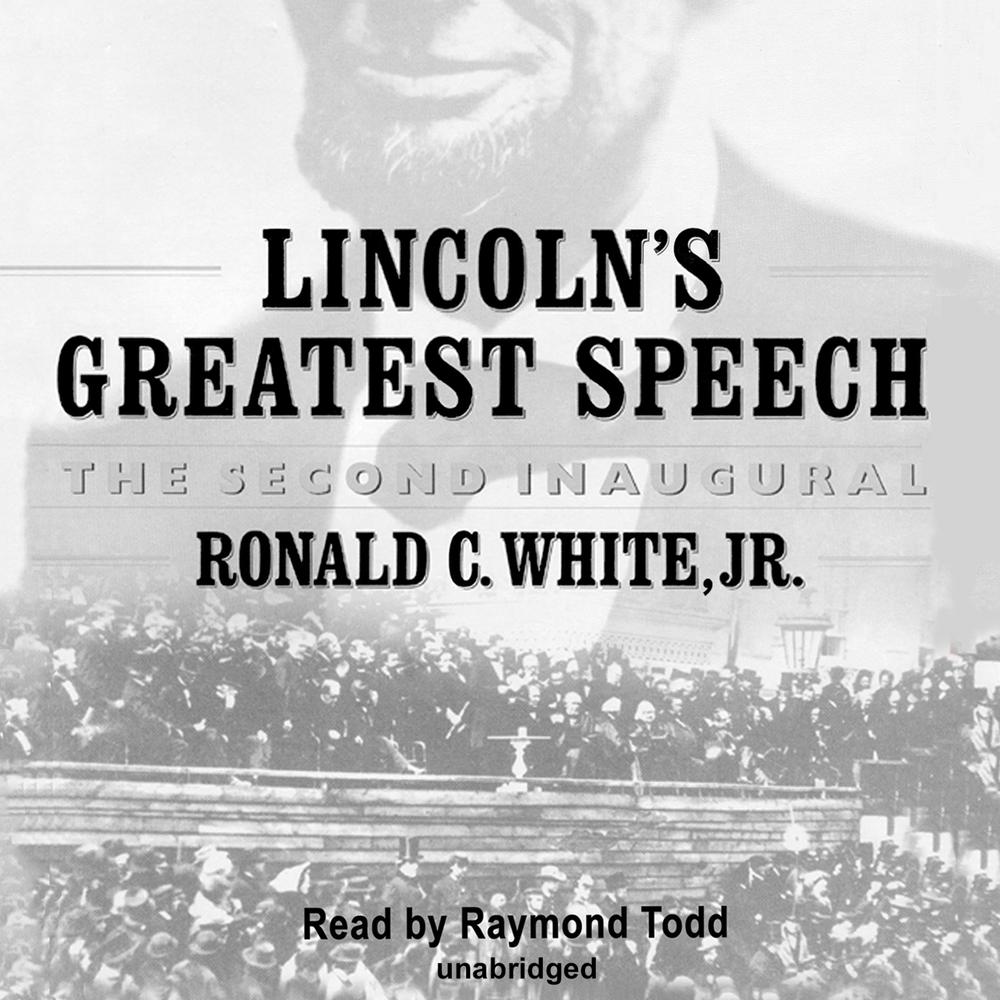 After four years of unspeakable horror and sacrifice on both sides, the Civil War was about to end. On March 4, 1865, at his second inauguration, President Lincoln did not offer the North the victory speech it yearned for; nor did he blame the South solely for the sin of slavery. Calling the whole nation to account, Lincoln offered a moral framework for peace and reconciliation. Eventually this “with malice toward none” address would be accepted and revered as one of the greatest in the nation’s history.

White’s compelling description of Lincoln’s articulation of our nation’s struggle and the suffering of all—North, South, soldier, slave—offers new insight into Lincoln’s own hard-won victory over doubt and his promise of authority and passion. Delivered only weeks before his assassination, the speech was the culmination of Lincoln’s moral and rhetorical genius.

“This excellent book is carefully and clearly read by Raymond Todd…Todd is respectful in his narration, using an appropriate tone throughout…[H]is interpretation carries the reader along for a fascinating story about a very important and very short speech.”

“Well researched, wonderfully written, and at times extraordinarily moving, White’s small volume comes closer to finding the true spirit of Abraham Lincoln than many of the more celebrated biographies.”