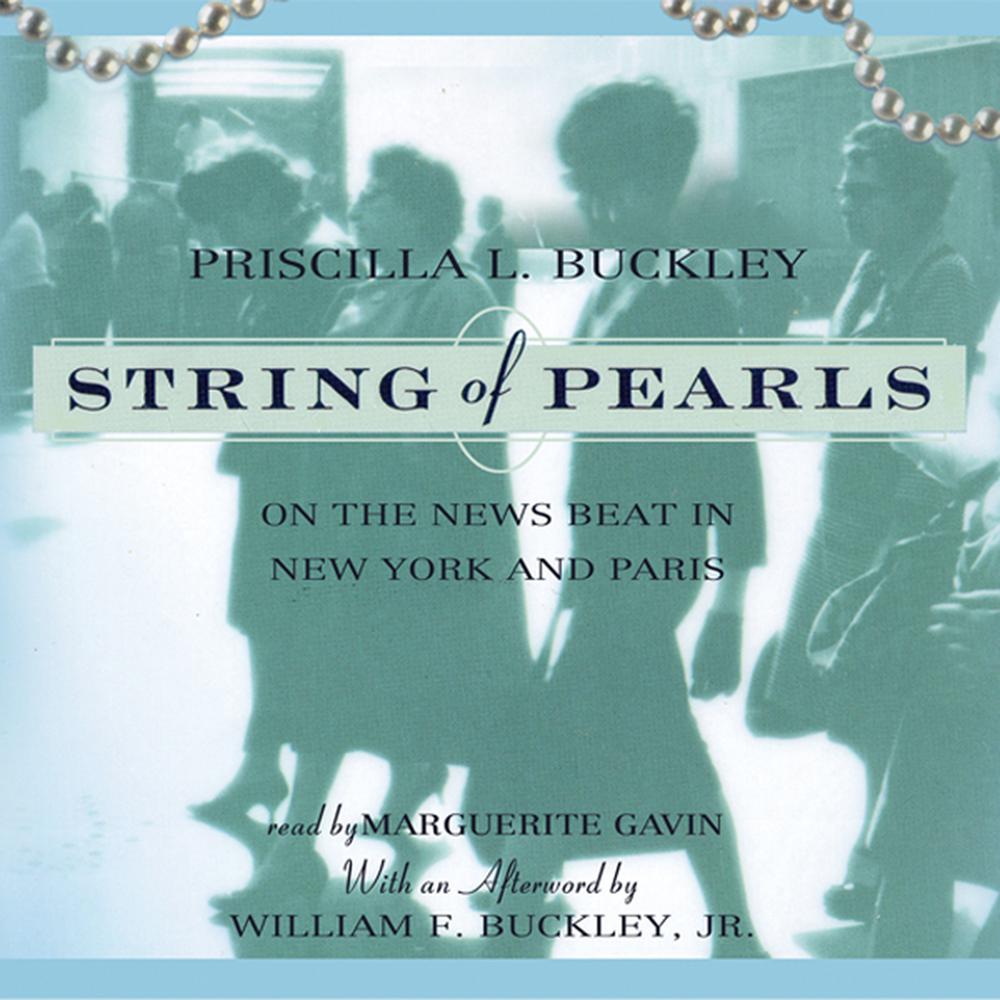 Priscilla Buckley is probably best known as managing editor of the conservative political journal National Review, founded by her brother, William F. Buckley Jr. But in String of Pearls, we meet young Pitts Buckley, just out of Smith, the United Press Radio News Department’s fresh and eager fledgling employee. The atmosphere in UP’s New York offices was a heady one; the journalists worked furiously but had time to play practical jokes and treasure the funny stories that haste and tension engender. With the war in Europe winding to a close, it was a demanding, sometimes heartbreaking, and always vibrant period.

A few years later, the author accepted a job at the Paris Bureau of United Press. The scars of the prolonged occupation were everywhere, but for Priscilla and her friends, there were laughter and comic misadventures as well.

“Buckley…brings to her slender volume a lovely, ladylike, wry touch…This endearing little peep at her early life will delight.”

“[Gavin] reads in an upbeat style suitable to Buckley’s adventurous spirit and bright outlook. Buckley’s charming reminiscences about her years as a young reporter in Europe are packed with anecdotes about world figures and events.”

“Recalling ‘characters’ she worked with, practical jokes, and the hard work of radio reporting, [Buckley] recounts the arduous and sometimes hilarious life she led before her thirty-seven-year stint as managing editor of her brother William’s National Review.”

“Buckley comes across as both a hardworking newswoman and a refined person…Recommended.”

“A breezy memoir…Contains lovely descriptions of France and many amusing accounts of journalism at its most frenetic.”

“Order a croissant and brush up on your French history—you’re in for a treat with the most agreeable tour guide in the world!”

“Buckley recounts with wit and charm and shrewdness the years when she was in the thick of it…The book is such a welcome invitation into her life, one can only hope for a sequel.”