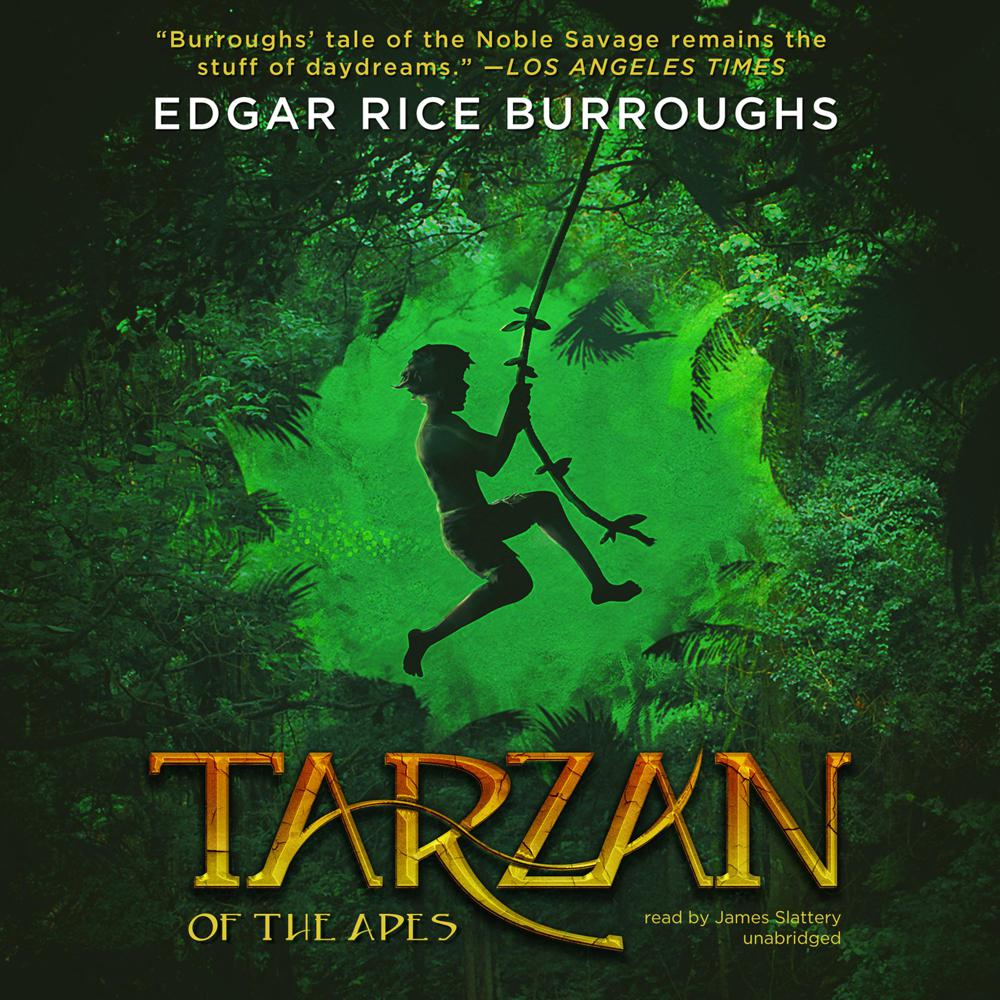 When a ship’s mutiny forces a young noble English couple out onto the remote African coast, their child is born into the wild. Their deaths a short time later leave the boy alone in the jungle wilderness—until a she-ape adopts him and raises him as her own.

Reluctantly accepted into the tribe by its fierce leader, Kerchak, the baby Tarzan must prove himself by learning the ways of survival in the jungle: how to talk with animals, swing through the trees, and fight the great predators. In time, his strength, courage, and human intelligence earn him a place as Lord of the Jungle. But when civilized men enter the jungle, Tarzan is forced to choose between two worlds.

Edgar Rice Burroughs’ classic tale is both a reflection on civilization from an outside point of view and an exploration of the primal force within us all.

“The Tarzan legend returns us to that Eden where, free of clothes and the inhibitions of an opressive society, a man is able, as William Faulkner put it…to prevail as well as endure.”

“Burroughs’ tale of the Noble Savage remains the stuff of daydreams.”

“Burroughs is a masterful storyteller, and his story is wonderfully suited to an audio presentation…Slattery has a good understanding of the pacing of this exciting tale and his performance is enjoyable.”

“Burroughs created one of the few heroes everyone knows, and at that desk, he took Tarzan to exotic lands, had him face bizarre creatures and endless, exotic challenges. Those adventures spirit the reader away to a timeless time of action and heroism. And sitting in that office, I was a permanent convert. For me, and for countless others, the legend will never cease. And that’s as it should be.”