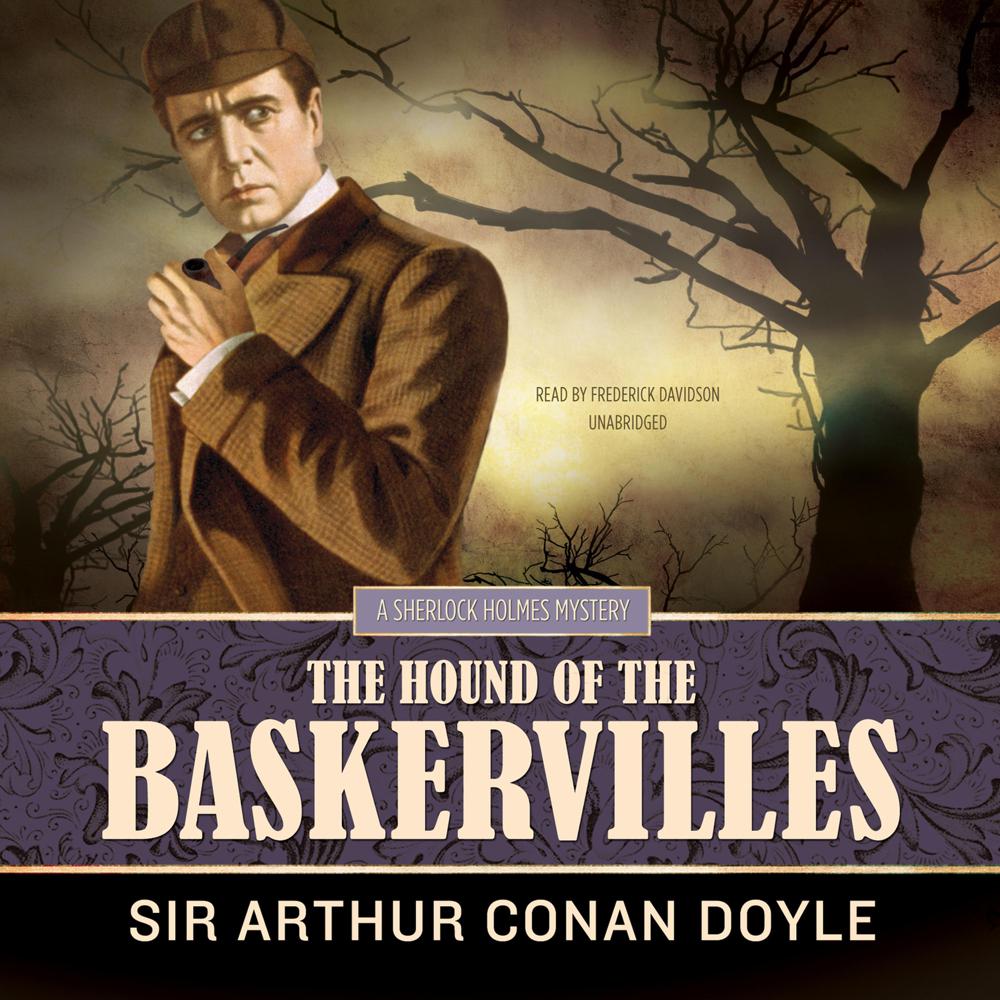 “Dr. Mortimer looked strangely at us for an instant and his voice sank almost to a whisper as he answered, “Mr. Holmes, they were the footprints of a gigantic hound.”

The “luminous, ghostly, and spectral” hound of family legend has been seen roaming the moors at night. Sir Charles Baskerville has recently died, and it appears that the new baronet, Sir Henry, has inherited not only the vast wealth and property of his family but also a terrible destiny. To this Holmes ominously observes, “It’s an ugly business, Watson, an ugly dangerous business and the more I see of it the less I like it.”

“When your heart wants a good read and your mind wants to feel productive, tackle the classic British mystery starring Sherlock Holmes and Dr. Watson as they investigate the legend of a supernatural hound roaming the moors of England.”

“What distinguishes this particular Hound is its fulfillment of Doyle’s great debt to Edgar Allan Poe—it’s full of ancient woe, low moans, a Grimpen Mire that sucks ponies to Dostoyevskian deaths, and locals digging up Neolithic skulls without next-of-kins’ consent…Read on—but, reader, watch your step!”

“Arguably both the best Sherlock Holmes story in the canon and one of the classic all-time mystery novels…Doyle parlays his interest in the occult with keen scientific detection.”

“It is not going too far to say that in Sherlock Holmes we find one of the most interesting characters of contemporary fiction. The versatile pen of Dr. Doyle has never done better work than these capital detective stories, the best of which is the powerfully written novel here considered.”