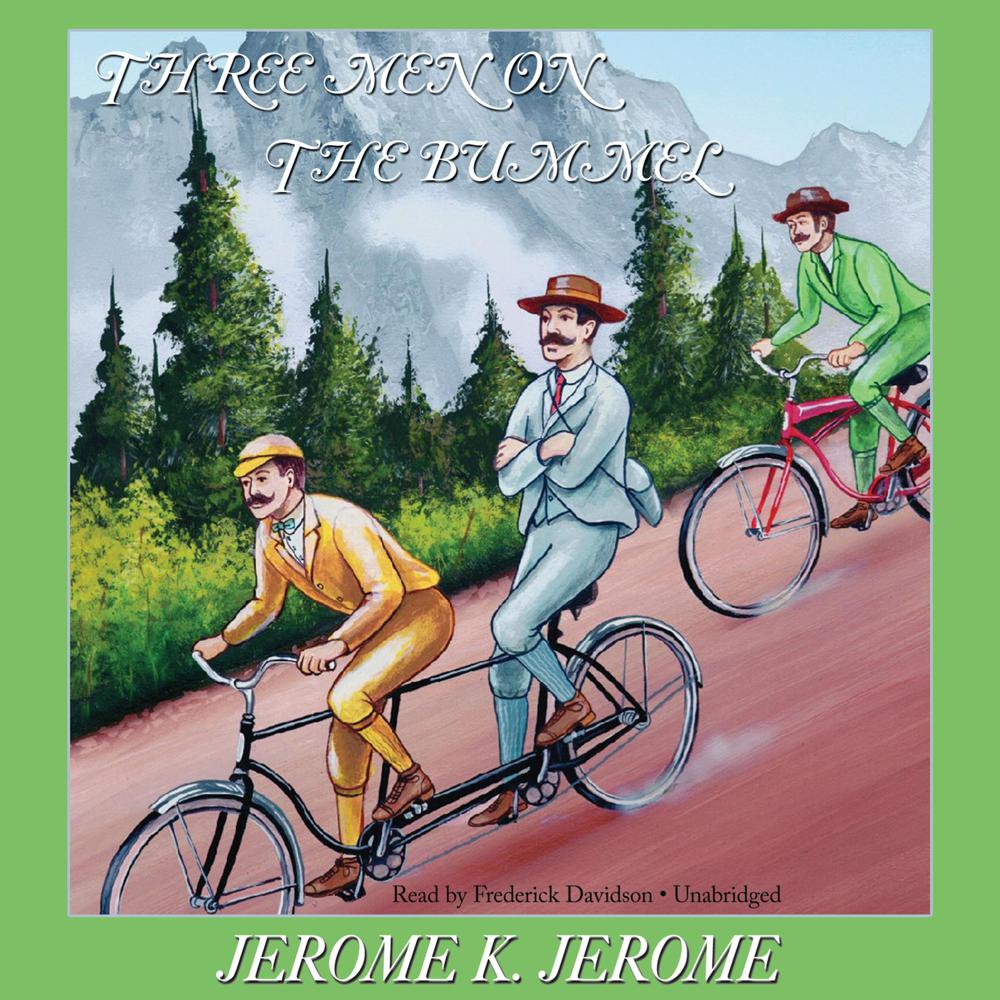 “A ‘Bummel,’” I explained, “I should describe as a journey, long or short, without end.” However wonderful this may sound, it is often necessary to arrive back at the starting point. And, for the three fearless friends whose earlier adventures were told in Three Men in a Boat, this poses a troublesome problem.

George, Harris, and J. decide to take a cycling trip through the Black Forest—to be accomplished on a tandem plus one. Whether it is Harris’ harrowing experience with a Hanoverian road-waterer or George’s valiant attempt to buy a cushion for his aunt, their experiences are hilarious––and they may even offer some important lessons to all who may be contemplating a cycling trip in the US.

“Jerome’s generous comedy combines the traditional and the modern. Although its subjects are the universal ones of bureaucracy, pomposity, and moral stupidity…these are balanced by his absurdist impulse to present a skewed view of the world, best seen in some of his anecdotes and digressions…Simultaneously conservative and ararchic, involved and detached, Jerome’s humor maintains a sense of comic equipoise.”

“The set pieces (the boot shop, Harris and his wife on the tandem, Harris confronting the hosepipe, the animal riot in the hilltop restaurant) are as polished and funny (funnier, some would say) as anything in [Three Men in a Boat].”