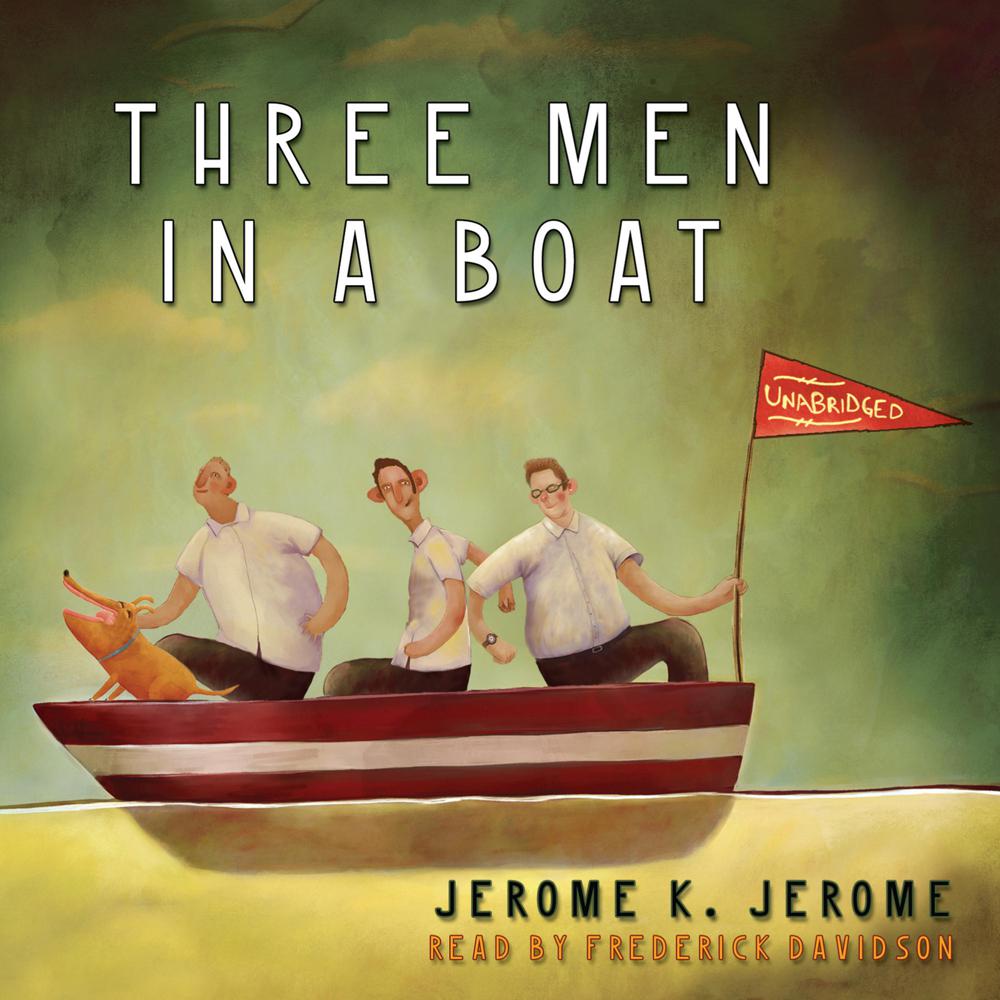 If you’ve never read anything by Jerome K. Jerome, you’d be well advised to heed this warning by the Glasgow Herald: “It would be dangerous to [listen to] this book in any place––say a full railway compartment––where the reader was not at perfect liberty to laugh as loudly and as long as he chose.” The passage of time has not altered that verdict. Here is a perfect picture of those lazy summer days “messing about in boats.”

After his final trip up the river Thames with his three companions––Harris, George, and Montmorency the dog––Jerome K. Jerome sat down to write his proposed book, The Story of the Thames. But before he could tackle the work in the serious manner intended, his humor took over and gave birth to a masterpiece of unquenchable comedy. This is a classic of English humor, justifiably loved around the world.

“The book was meant to be a serious travel guide…but Jerome’s rambling anecdotes and humorous take on travelers J., Harris, and George—and J.’s feckless fox terrier, Montmorency—turned it into something far rarer: an honest account of male friendship.”

“The trio of Jerome K. Jerome’s comic 1889 novel are in that honorable tradition. They are indolent, upper-class and rather dim…They have several comic mishaps, including a disastrous encounter with a tin of pineapple, but they also, in some of the book’s loveliest passages, absorb a bit of the history and the beauty of their country.”

“I'd warn against reading this book in public: you may get arrested for breach of the peace. I would be a little stunned if it doesn't become on of your favorites.”

“Perhaps the greatest of all Victorian comic novels.”