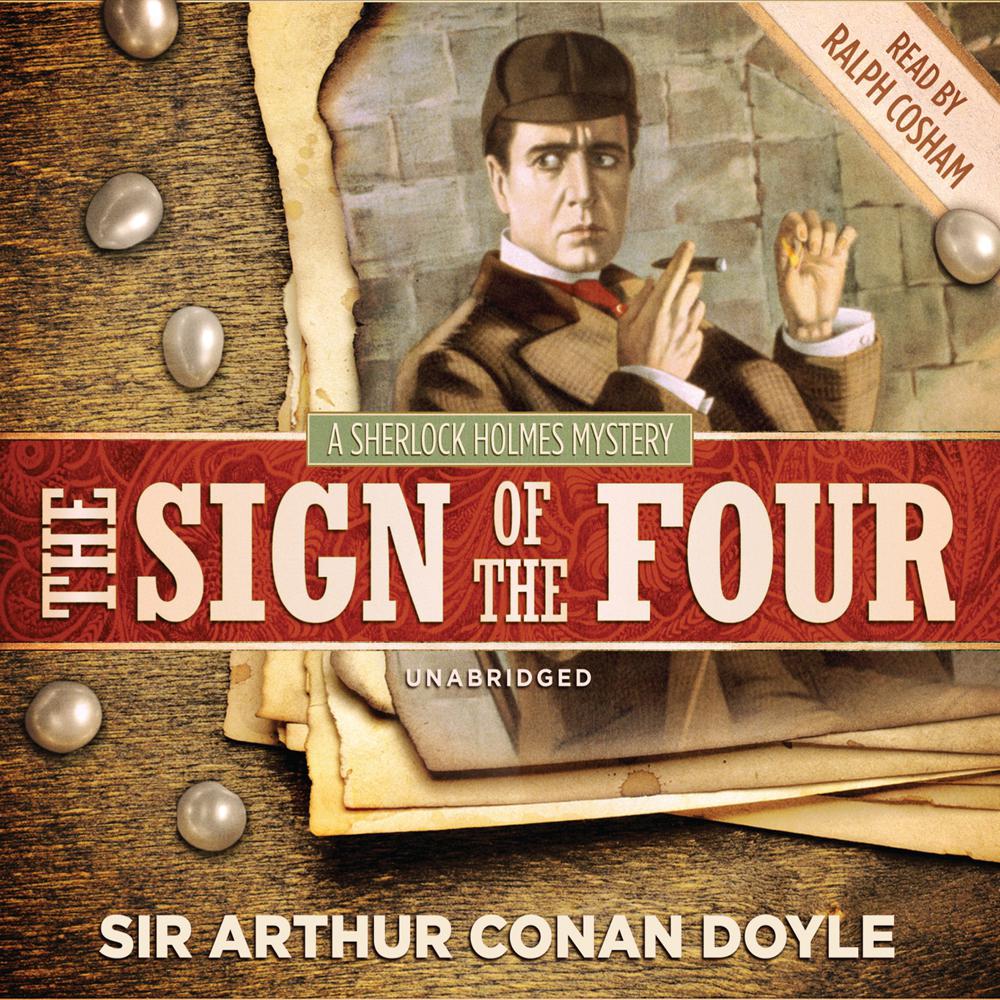 In this second Sherlock Holmes novel, the indomitable sleuth is visited by a woman in distress. Each year for the past six years, on the anniversary of her father's mysterious disappearance ten years ago, Miss Mary Morstan has been receiving pearls, she knows not why or from whom. This time, her anonymous benefactor wants to meet. In the letter, he promises to reveal the mystery and to "right the wrongs" against her. "If you distrust me," he writes, "bring two friends." And so she approaches Holmes and Watson. Naturally the great detective cannot pass up such a singular puzzle, so he and Watson agree to accompany her to the mysterious meeting. The ensuing investigation turns up a wronged woman, a stolen hoard of Indian treasure, a wooden-legged ruffian, a helpful dog, and a love affair.

From London to India and back again, this case once more reveals the incomparable talents of the world's only consulting detective.

“Of all the Holmes stories it is The Sign of the Four which remains persistently in my memory.”

“In The Sign of the Four Sir Arthur Conan Doyle weaves a story that stretches from London to India…Holmes finds himself enmeshed in a crime involving two murders, a wooden-legged man, a budding love story, and the theft of an Indian treasure. Add to this a depiction of Colonial India during the time of the 1857 rebellion and you have one of the more intriguing Holmes stories…Three-time Audie nominee, Ralph Cosham, in a voice reminiscent of Nigel Bruce who played Dr. Watson in early Hollywood films of the Holmes canon, brings the right tenor and feeling to the work. This is classic, well executed and well worth visiting again.”