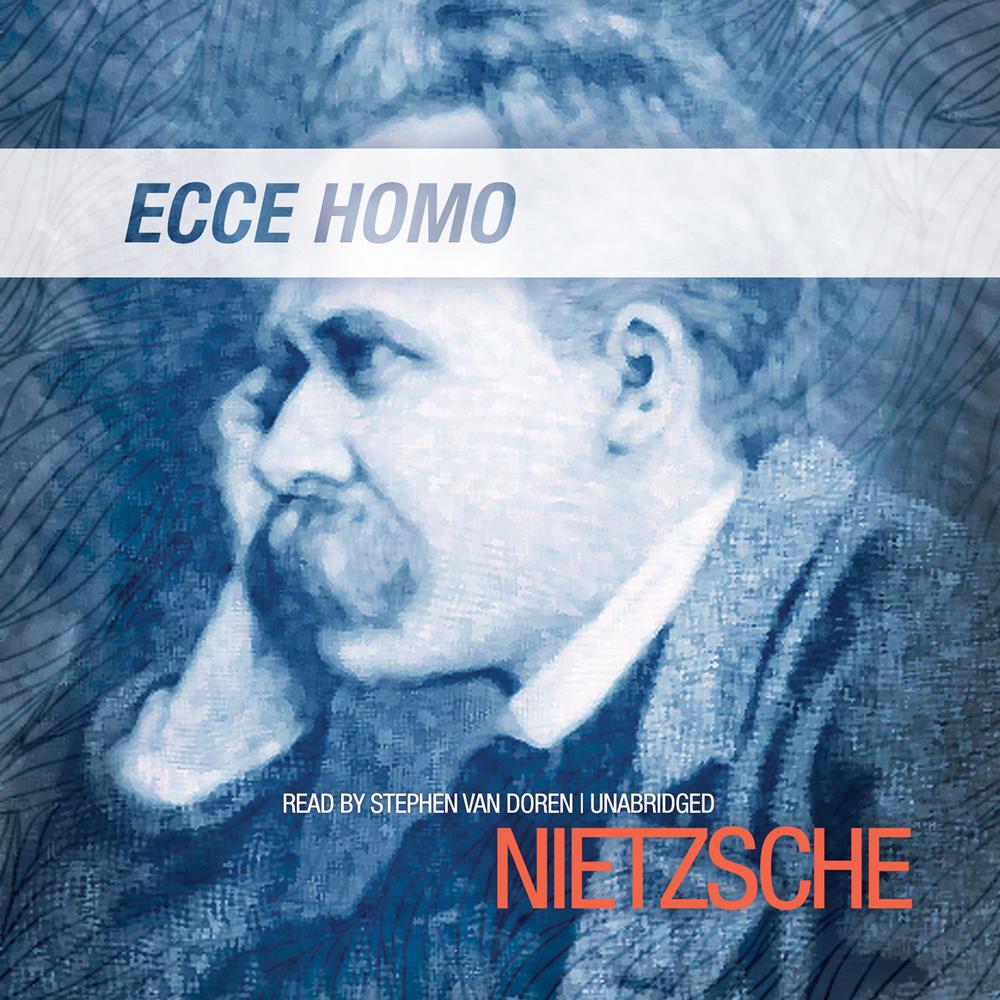 Ecce Homo, which is Latin for “behold the man,” is an autobiography like no other. Deliberately provocative, Nietzsche subverts the conventions of the genre and pushes his philosophical positions to combative extremes, constructing a genius-hero whose life is a chronicle of incessant self-overcoming. Written in 1888, a few weeks before his descent into madness, the book passes under review all of Nietzsche’s previous works so that we, his “posthumous” readers, can finally understand him on his own terms. He reaches final reckonings with his many enemies, including Richard Wagner, German nationalism, “modern men” in general, and above all, Christianity, proclaiming himself the Antichrist. Ecce Homo is the summation of an extraordinary philosophical career, a last great testament to Nietzsche’s will.

A main purpose of the book was to offer Nietzsche’s own perspective on his work as a philosopher and human being. Ecce Homo also forcefully repudiates those interpretations of his previous works purporting to find support there for imperialism, anti-Semitism, militarism, and social Darwinism. Nietzsche strives to present a new image of the philosopher and of himself as a philosopher. He expounds upon his life as a child, his tastes as an individual, and his vision for humanity.

According to one of Nietzsche’s most prominent English translators, Walter Kaufmann, this book offers “Nietzsche’s own interpretation of his development, his works, and his significance.” Within this work, Nietzsche is self-consciously striving to present a new image of the philosopher and of himself. On these grounds, some consider Ecce Homo a literary work comparable in its artistry to Van Gogh’s paintings.

“Nietzsche had an unusual capacity for bringing his life and work clearly before the eyes of others. Ecce Homo is the final testimony to his gift of his, the last link in a long chain of introspective development.”

“A fantastic piece of self-celebration…Nietzsche deliberately aggrandizes himself, not in order to impress us, but precisely so that we will not take his self-presentation so seriously. Through exaggeration and hyperbole…he offers us a self-portrait that calls itself into question at the same time that it focuses our attention.”

“Nietzsche presents himself not as a person, but as an explosive force fomented within the belly of European culture. Ecce Homo bears witness to Nietzsche’s destruction of himself that he might release a capacity to deconstruct (or revalue) all values.”

“Nietzsche’s somewhat narcissitic concern is his own enormous sense of potential and the grave responsibility it engenders. But it also becomes our concern, and…means taking our own potential—and our responsibility for that potential—seriously. And if Nietzsche sometimes describes all of this a bit pretentiously as a ‘destiny,’ then that underscores not only his fatalism but also his existential resolve.”