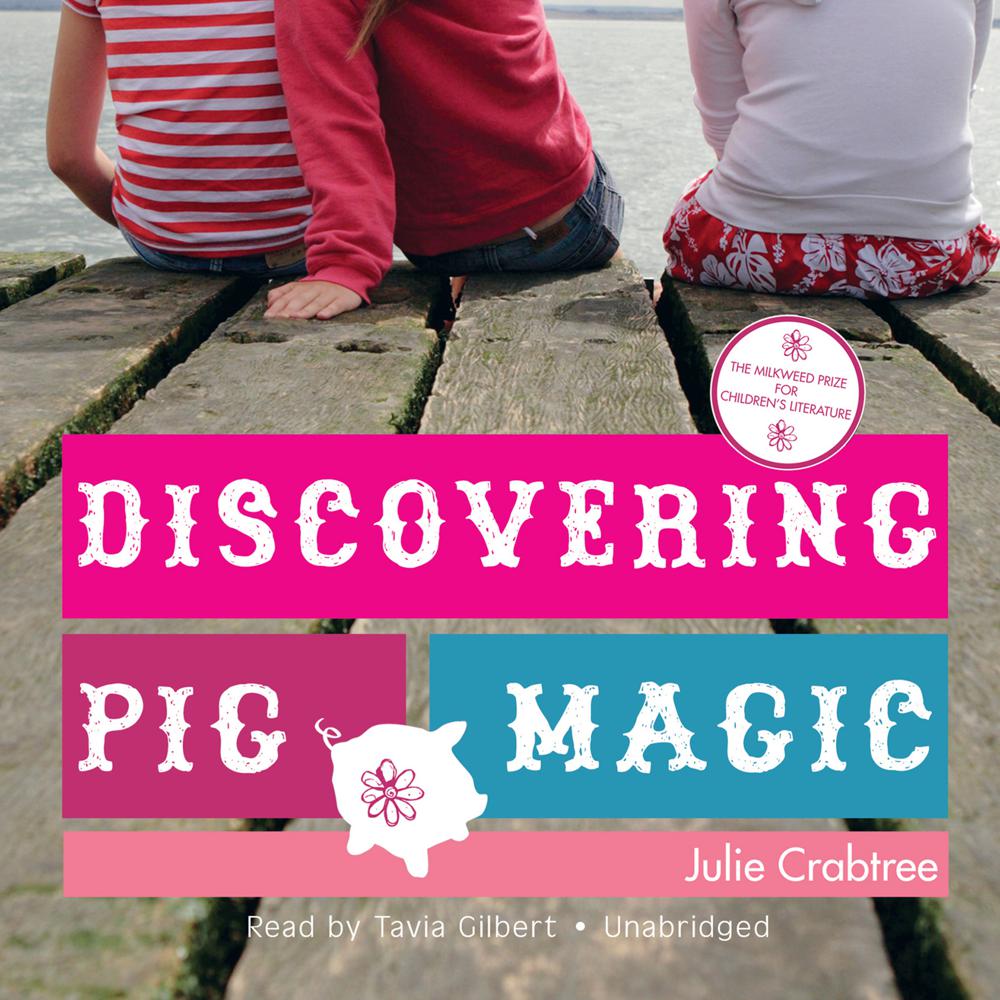 Mattie, Ariel, and Nicki are fast friends facing the pitfalls of life at thirteen. Mattie’s kitschy pig collection and agoraphobic mother might completely derail her social life. Ariel’s attempts to follow in Rachel Ray’s culinary footsteps have landed her in hot water. And Nicki is carrying a secret that threatens to cut her off from her best friends. After discovering a mysterious book of spells and performing a ritual, the girls leave their troubles far behind—or so they think.

“Discovering Pig Magic is about secrets and power and love and fear, and about defying other people’s expectations to become the person you want to grow up to be. Both comic and serious, this promising debut appeals to lovers of magic as its engaging trio of characters learns to sort faith from fake.”

“Tavia Gilbert’s girlish tones portray the emotions of thirteen-year-olds perfectly: the fast, eager speech when talking about an enthusiasm, the hesitancy when talking to a special boy, the sad whispers when referring to a sick sibling. When Gilbert turns her vocal talents to the adults in Matilda’s life, she captures their world-weariness in a raspy growl or a sigh. Gilbert makes the most of this slight coming-of-age story.”

“The value of friendship and honest emotions permeate this novel, as the characters discover who they are and how they can be there for their friends.”

“Crabtree’s portrayals both of the charm and power of friendship and of the internal emotional life of a young teen are deft and complex, and her confident pacing never drags.”