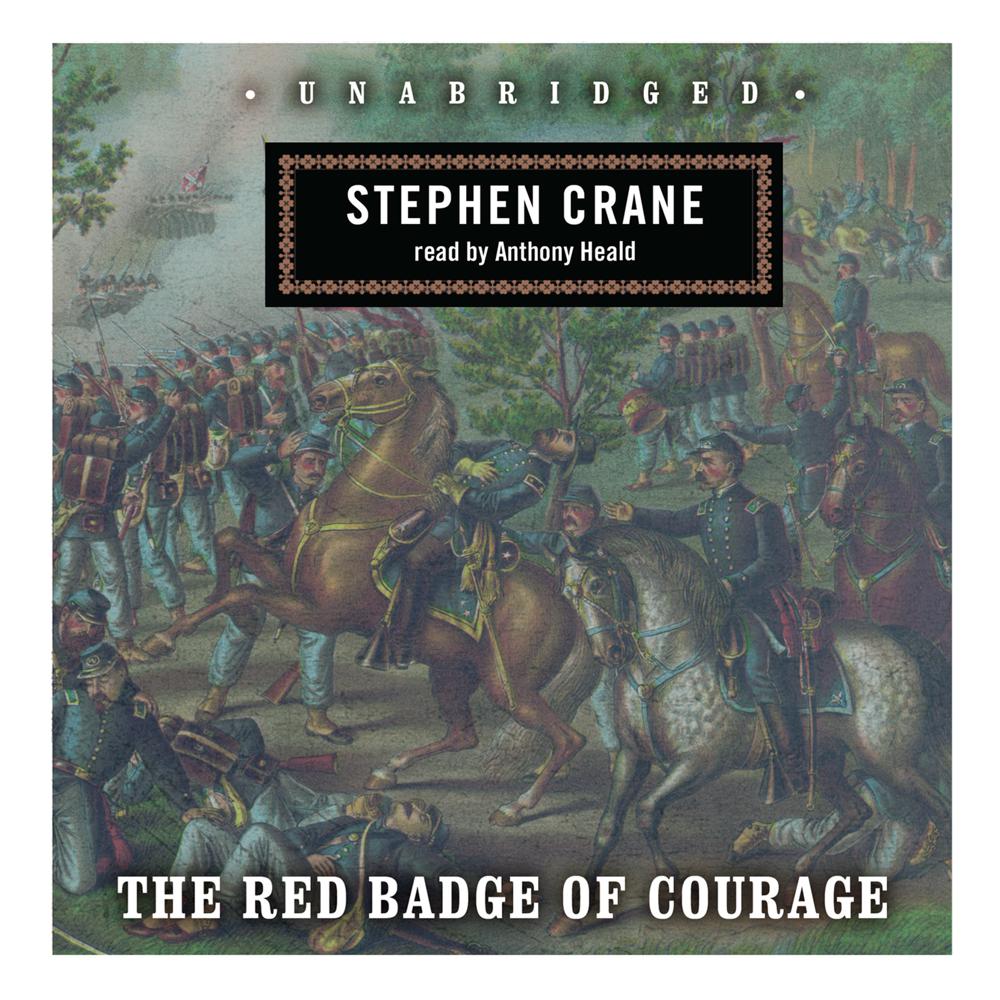 Following its initial appearance in serial form, Stephen Crane’s The Red Badge of Courage was published as a complete work in 1895 and quickly became the benchmark for modern anti-war literature. In Henry Flemming, Stephen Crane creates a great and realistic study of the mind of an inexperienced soldier trapped in the fury and turmoil of war. Flemming dashes into battle, at first tormented by fear, then bolstered with courage in time for the final confrontation.

Although the exact battle is never identified, Crane based this story of a soldier’s experiences during the American Civil War on the 1863 Battle of Chancellorsville. Many veterans, both Union and Confederate, praised the book’s accurate representation of war, and critics consider its stylistic strength the mark of a literary classic.

“There was no real literature of our Civil War...until Stephen Crane wrote The Red Badge of Courage.”

“One should be forever slow in charging an author with genius, but it must be confessed that The Red Badge of Courage is open to the suspicion of having greater power and originality that can be girdled by the name of talent.”

“Anthony Heald does a superb job performing Stephen Crane’s 1895 book, which has been called the first modern novel about war. The novel tells the story of Henry Fleming, but at times scenes employ a montage of brief comments by fellow soldiers to suggest the feelings of the infantry as a whole. Heald is especially good at rendering these snippets and interjections without a loss of clarity. His energetic pacing and varied intonations bring out the drama and the immediacy of battle. Such an approach remains true to the realism of the book. People who have relegated this novel to the tenth grade should experience Heald's reading. He brings Crane to life.”

“Crane’s realistic recounting of a young man’s first experience with war is a storyteller’s dream and Heald’s fully voiced presentation is without peer. His crusty voice has the twang of a Midwestern farm boy and rises and falls with the appropriate emotion of the scene. Listeners will visualize the battlefield, hear the popping of rifles, and smell the smoke of the cannons...Listeners will enjoy the action of this classic American war story, and are likely to delve more deeply into the story and explore the reasons for Henry’s feelings and even make some personal comparisons. With the conflicts in the world today, some listeners may be placed in situations similar to Henry’s. This audiobook belongs in every school, public, and personal library.”