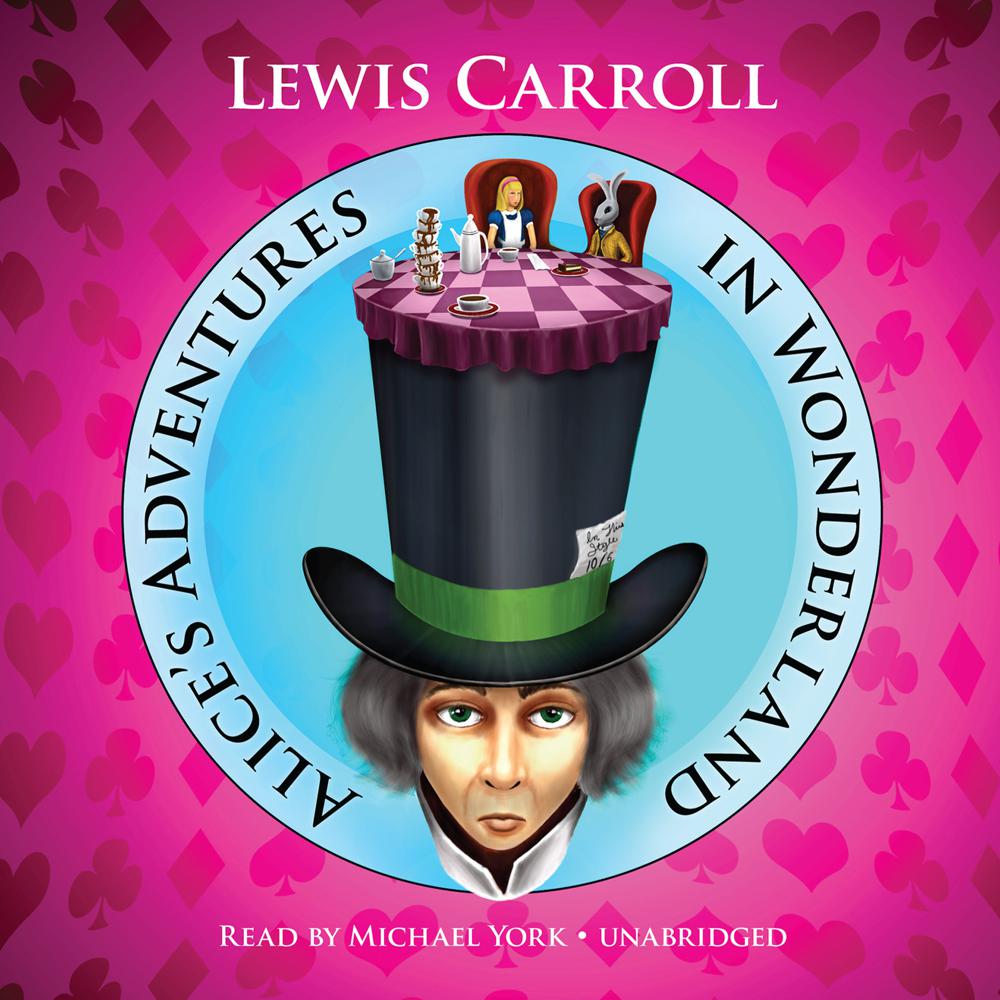 Lewis Carroll’s classic, enduring tale begins with Alice chasing the White Rabbit down a rabbit hole, where she tumbles into a nonsensical world brimming with peculiar creatures. In that world she encounters a host of delightfully eccentric characters like the Mad Hatter, the March Hare, the Cheshire Cat, the Mock Turtle, and the Queen of Hearts. Some are friends, some are enemies, and all are memorably unique. Throughout her fantastic journeys, Alice retains her reason, humor, and sense of justice.

Alice has become one of the great characters of imaginative literature, as immortal as Don Quixote, Huckleberry Finn, or Dorothy Gale. Her adventures appeal to adults as well as children because they can be read on many levels: a satire on language, a political allegory, or a parody of Victorian children’s literature. Many view the story as a fairy tale about the trials and tribulations of growing up—or down, or all turned around—as seen through the expert eyes of a child.

“What a delight to hear Michael York’s rendition of this classic…[He] humanizes a character who has become a near stereotype over the decades…York’s elegant accents highlight Carroll’s wordplay and the tangles it makes of Alice’s distorted reality…As Alice explores Wonderland, York is a superb guide.”

“Only Lewis Carroll has shown us the world upside down as a child sees it, and has made us laugh as children laugh.”

“Alice in Wonderland was probably my favorite character. She’s a girl on a quest, meeting dangerous and wondrous creatures, alternately shrinking and growing. I reveled in her braveries.”

“York’s portrayal of Alice and the many strange characters she meets is a real treat. Reading in his native British accent and in sonorous tones, he is a terrific storyteller. York gives all characters, from the Queen of Hearts to the Cheshire Cat, distinctive voices and personalities, never resorting to cartoonlike portrayals. He personifies Mice in bright tones, calling to mind her enthusiasm and inquisitiveness. The audio is a great way for youngsters to experience and appreciate Carroll’s fantasy, even if some of the phrasing is a bit antiquated for modern listeners. Adults might also enjoy revisiting this multi-layered children’s classic. An entertaining and lively performance.”

“At once a biting social and political satire sufficiently complex to satisfy the most sophisticated adult and a delightfully whimsical fairy tale to capture the fancy of the imaginative child.”