Meaning of It All
Richard P. Feynman 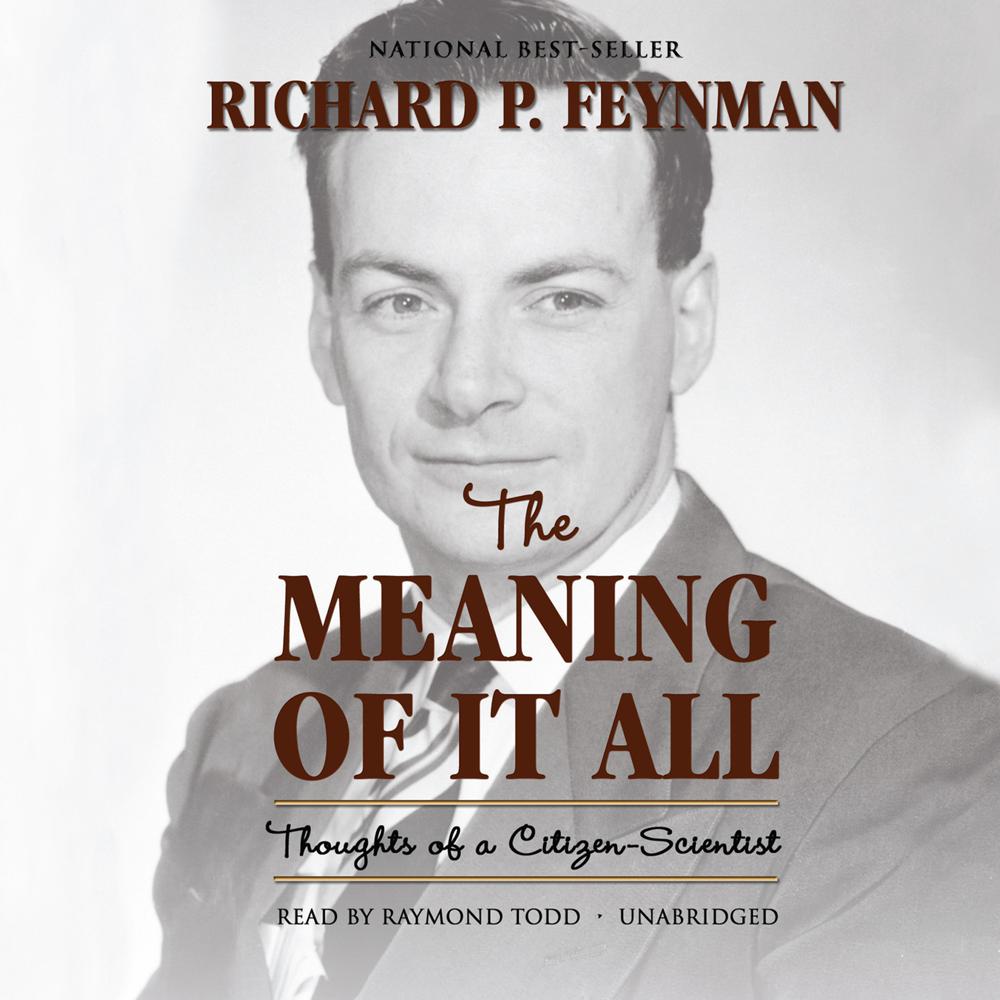 Many appreciate Richard P. Feynman's contributions to twentieth-century physics, but few realize how engaged he was with the world around him—how deeply and thoughtfully he considered the religious, political, and social issues of his day.In this collection of lectures that Richard Feynman originally gave in 1963, unpublished during his lifetime, the Nobel Prize–winning physicist discusses several mega questions of science. What is the nature of the tension between science and religious faith? Why does uncertainty play such a crucial role in the scientific imagination? Is this really a scientific age? What explains our universal fascination with flying saucers, faith healing, and telepathy?

Marked by Feynman's characteristic combination of rationality and humor, these lectures provide an intimate glimpse at the man behind the legend. At the start of his final lecture he says, "I dedicate this lecture to showing what ridiculous conclusions and rare statements such a man as myself can make." Rare, perhaps, and irreverent, sure. But ridiculous? Not even close.

This is quintessential Feynman—reflective, amusing, and ever enlightening.

Philosophy of science, Impact of science and technology on society, Science: general issues

“Feynman was a stranger to pomposity, and there’s some splendid stuff here. Perhaps the most striking thing is his rare appreciation of the deep connections linking science and democracy.”

“Richard Feynman was a man of many reputations: brilliant physicist, charismatic teacher, irrepressible raconteur, and…unforgettable character...When Feynman describes the scientist as an acrobat walking ‘beautiful tightropes of logic,’ we understand how a generation of young physicists might have been drawn to follow this brilliant Pied Piper out onto the wire, high above the crowd.”

“Feynman’s voice and personality come through clearly. He talks about real people and their problems, not about philosophical abstractions. He is interested in religion as a way for people to make sense of their lives, but he is not interested in theology.”

“It requires an unusually strong intellect to remain relevant on a wide variety of social, religious and political issues after thirty-five years. Feynman, a Nobel Prize–winning physicist, had just such an intellect...These memorable lectures confirm that Feynman’s gift of insight extended from the subatomic world to the cosmic, and to the very human as well.”

“Now a new generation of readers can sample vintage Feynman on science, religion, morals, and politics. The voice—plain, no-nonsense—is unmistakable; the ideas, too, will be familiar: Feynman is ever the honest and passionate spokesman for science...One of the charms of the late Feynman is that, in his passion to explain, he opened his extraordinary mind to full view by the audience. In this case the audience can and should include students of all ages.”