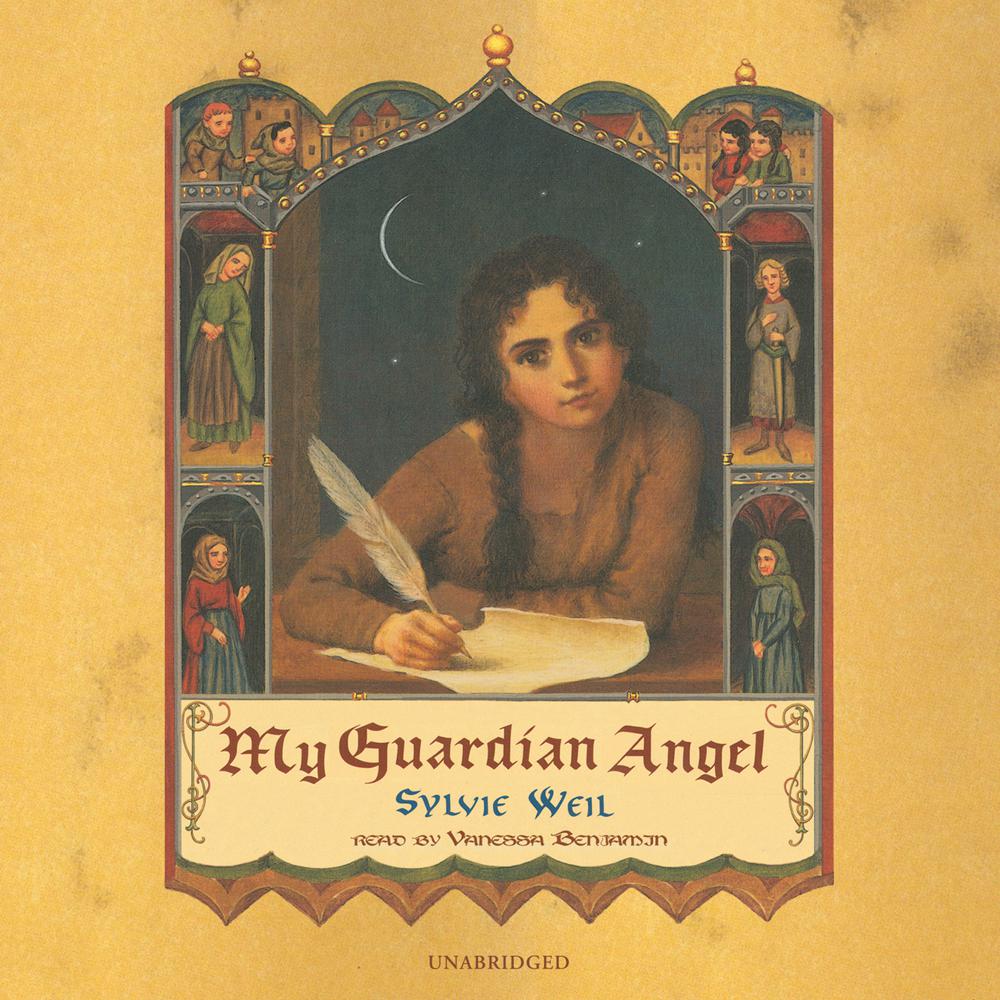 In France in the year 1096, everyone in the Jewish community is terrified of the Crusaders, who have been known to burn Jewish houses in the name of religion.

Elvina, the funny, feisty, twelve-year-old granddaughter of the great rabbi Rashi, knows how to read and write—very rare for a girl of her time. She draws strength from this, as well as from her guardian angel, to whom she speaks constantly. Then one cold Sabbath afternoon while Elvina is alone in the house, three soldiers pound on her door. One of them is wounded. Elvina has only a moment to make a difficult choice that could put her family and the entire community at risk. Can her guardian angel guide her now?

Winner of the Prix Sorcieres, France’s most prestigious award for children’s literature, this is a story of compassion and tolerance that speaks to people of all faiths.

“Readers don’t have to be Jewish to appreciate this beautifully written story and its wonderfully realized characters and fascinating setting. Lovely.”

“This French import offers a heady plunge into medieval Europe as well as an enlightening lesson about anti-Semitism in a time period long before the Holocaust.”

“Descriptions of traditions are well done and informative. Elvina’s story brings a time, a place, and a people long ignored to life.”

“An intriguing take on the experience of being Jewish in Europe in 1096.”

“Brings to life a smart, wise, bold, and insecure twelve-year-old who relies on her ‘mazal,’ her guardian angel, for advice.”