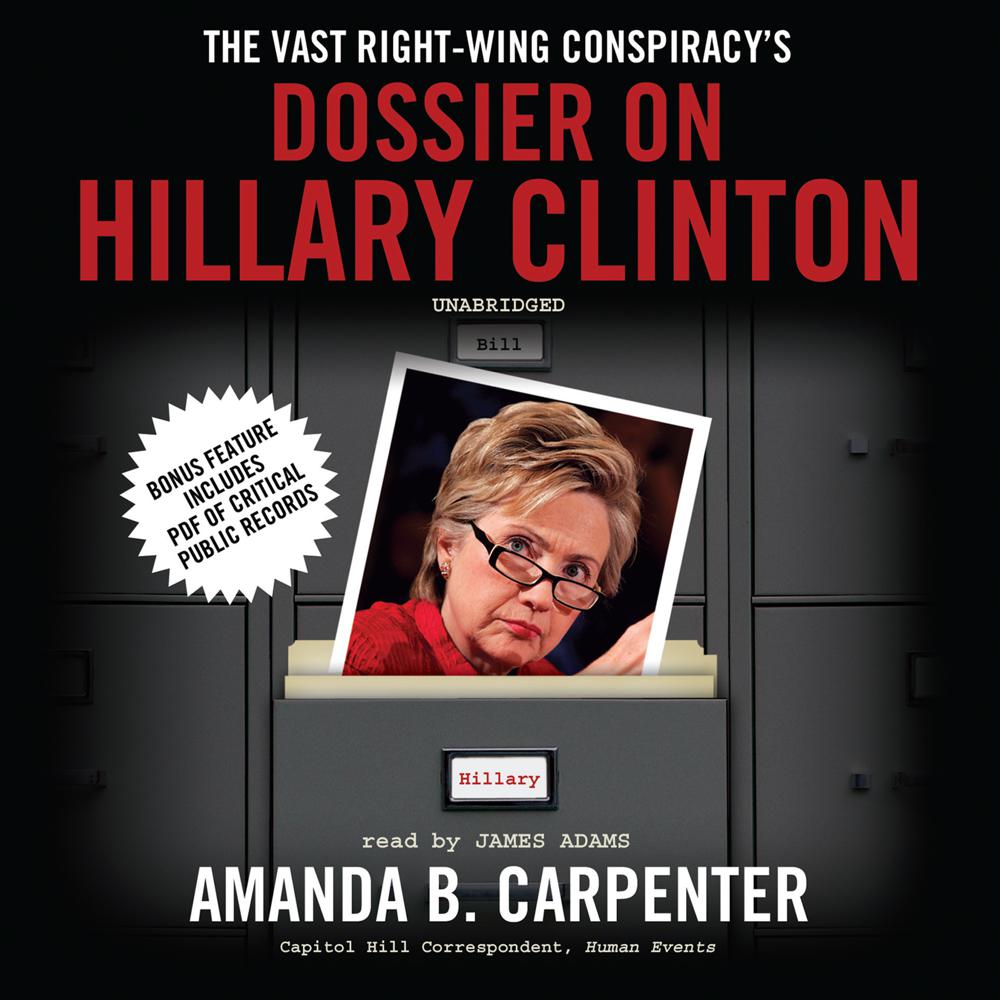 They adore her in Manhattan. They worship her in Hollywood. They idolize her in the liberal media. But out in the real world are those of us who see through her lies about her husband, reject her socialist economics, and despise her radical social agenda. We are the members of what Hillary Clinton described as a “Vast Right-Wing Conspiracy,” and at VRWC headquarters, we’ve been keeping a file on her. If you’re one of us, The Vast Right-Wing Conspiracy’s Dossier on Hillary Clinton will give you all the ammunition to help end Hillary’s White House dreams once and for all.

It’s all here: the dirty deals, unsavory incidents, insane proposals, revealing comments, and outright flip-flops in Hillary’s past. You’ll also find the complete record of her activities since leaving the White House and the machinery she already has in place to return to 1600 Pennsylvania Avenue.

“This dossier is full of fresh reporting, devastating quotes, scandalous stories, side-splitting sidebars, and forgotten but telling incidents from Hillary’s past.”