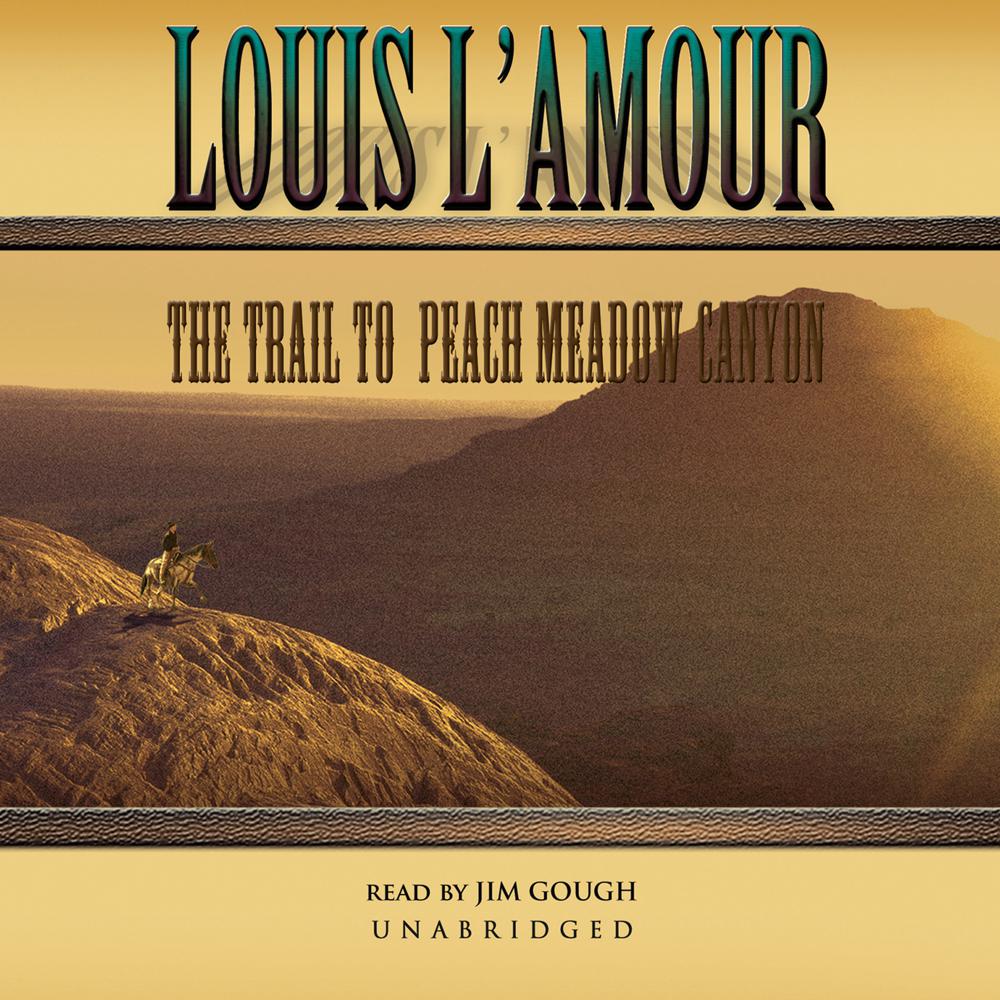 Orphaned as a child, Mike Bastian was taken in by the legendary outlaw Ben Curry, raised and trained to take over his empire of crime. Today, Mike is the quickest draw and the stealthiest tracker around, and Ben Curry is getting ready to retire. To test Mike’s wings, he has set him a task: the planning and execution of a gold-train robbery.

Now, as he prepares for his first criminal job, Mike must decide whether to follow the path that has been set before him or to carve out a destiny of his own. If he assumes the position of gang leader, he will face deadly competition from within Curry’s band; yet if he refuses, he may not be allowed to leave the pack alive. The dilemma is further complicated when he falls for Drusilla, Ben Curry’s real daughter, who knows nothing of her father’s career. Either way Mike chooses, a showdown is in store.

“The Trail to Peach Meadow Canyon is vintage L’Amour and enhanced with the dramatic and skilled narrative talents of Jim Gough…Enthusiastically recommended for western novel enthusiasts and a welcome addition to community library audiobook collections.”

“Narrator Jim Gough’s unmistakable Texas twang sets the stage for another L’Amour classic…It’s easy enough to slip into L’Amour’s Wild West of creaking saddles and pungent campfires and imagine characters who can fight their way out of rawhide ropes and track a villain over the hardest terrain.”