Riders of the Dawn
Louis L'Amour 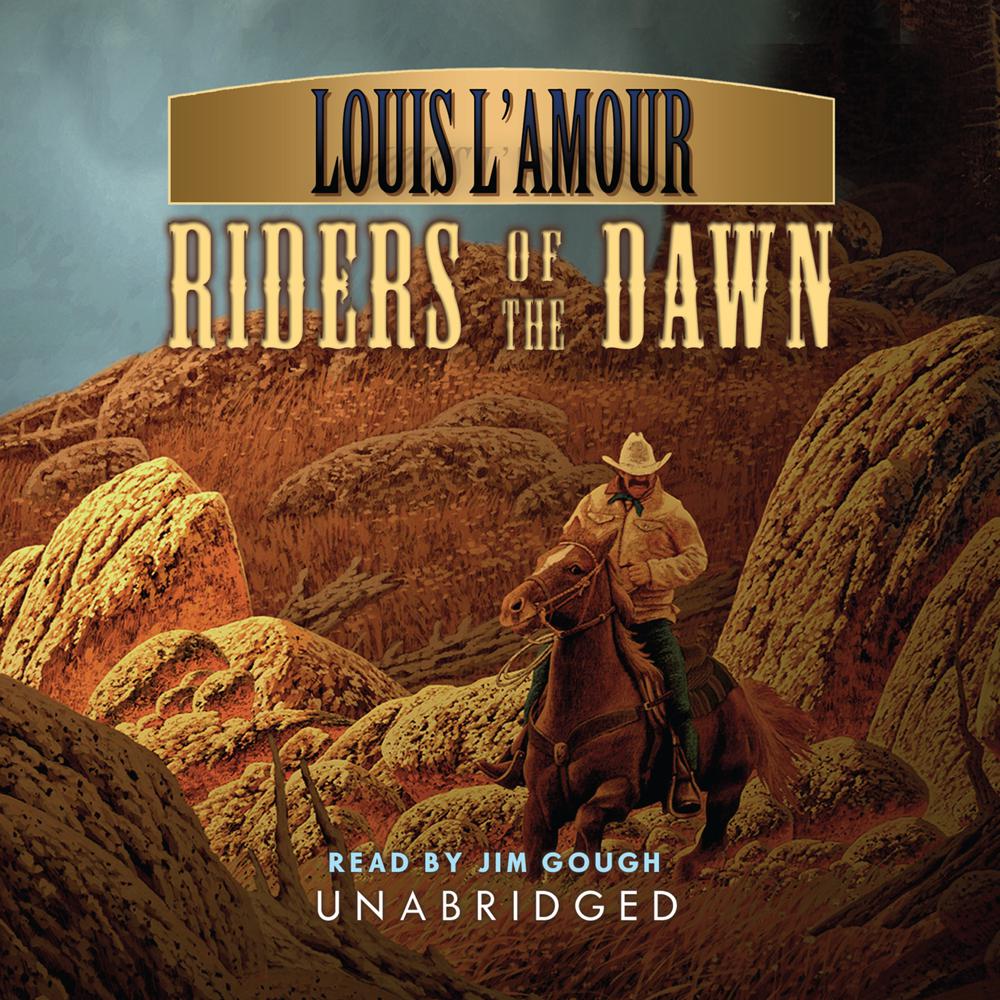 InRiders of the Dawn,a young gunslinger is changed for the better by a meeting with a beautiful woman. A classic range-war western, this novel features that powerful, romantic, strangely compelling vision of the American West for which L'Amour's fiction is known. In the author's words, "It was a land where nothing was small, nothing was simple. Everything, the lives of men and the stories they told, ran to extremes."

This story is one of Louis L'Amour's early creations that have long been a source of speculation and curiosity among his fans. Early in L'Amour's career, he wrote a number of novel-length stories for pulp-western magazines. Long after they were out of print, the characters of these early stories still haunted him, and so by revising and expanding these stories he created his first novels.

This is a must-have for the legions of fans Louis L'Amour has captivated with his unparalleledability to weave a classic tale of the West.

“L'Amour never writes with less than a saddle creak in his sentences and more often with a desert heat wave boiling up from a sun-baked paragraph. A master storyteller...for reading under the stars.”