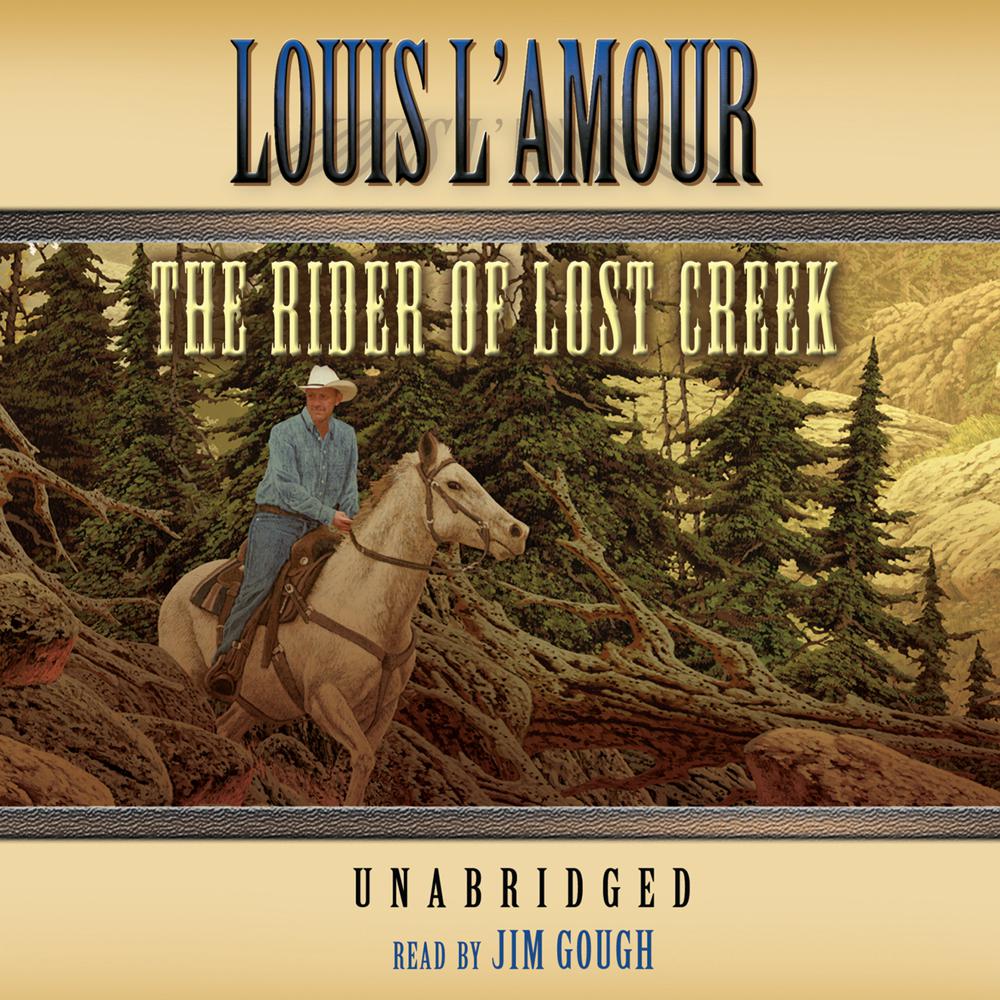 Lance Kilkenny’s gun is believed to be the fastest in the West, but once the gunfight is over, he disappears. Most folks don’t even know what he looks like. Some time back, Mort Davis saved Kilkenny’s life after he was shot up. Now Davis needs Kilkenny’s help. He has filed a claim on a water hole near Lost Creek in the live oak country. The district is dominated by two wealthy cattlemen, Webb Steele and Chet Lord, each one claiming for himself the water hole that Davis occupies. Beautiful Nita Riordan owns the local saloon, and between her charms and the feuding ranchers, Lance Kilkenny has his work cut out for him. If he doesn’t watch his step, he’ll pay the debt he owes with his own blood.

“Dynamically narrated…The drama comes alive through Austin native Jim Gough’s engrossing presentation, and L’Amour’s painstaking attention to detail and realism shine through as always, creating a vivid glimpse of struggle and survival on the harsh frontier.”

“L’Amour never writes with less than a saddle creak in his sentences and more often with a desert heatwave boiling up from a sunbaked paragraph. A master storyteller...for reading under the stars.”