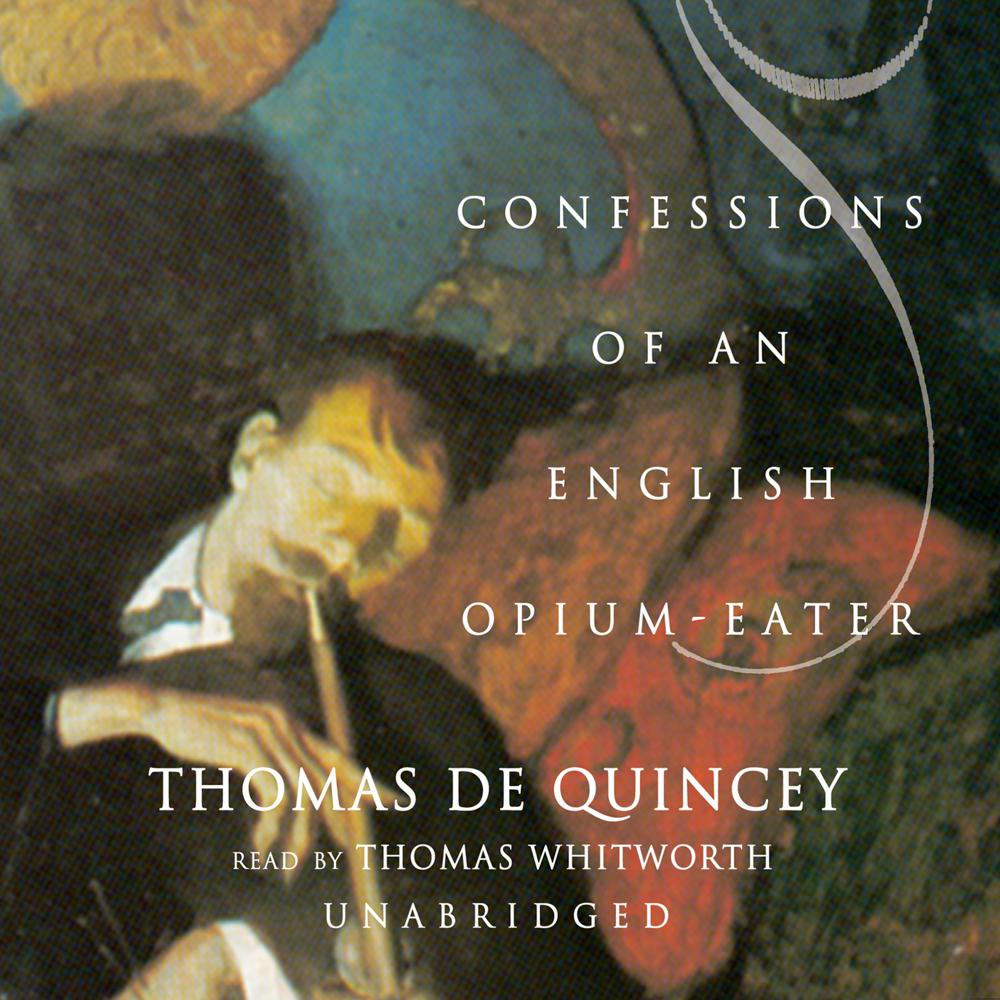 In 1804, while a student at Oxford, Thomas De Quincey was looking for relief from excruciating pain when a college acquaintance recommended opium. "Opium!" De Quincey wrote. "Dread agent of unimaginable pleasure and pain! I had heard of it as I had of manna or of ambrosia, but no further: how unmeaning a sound it was at that time!"

Confessions of an English Opium-Eater, De Quincey's best-known work, is an account of his early life and opium addiction, in prose that is by turns witty, conversational, and nightmarish. The Confessions involve the listener in De Quincey's childhood and schooling, describing in detail his flight at age sixteen from Manchester Grammar School, his wanderings in North Wales and London, and his experiences with opium, which developed into a lifelong dependency.