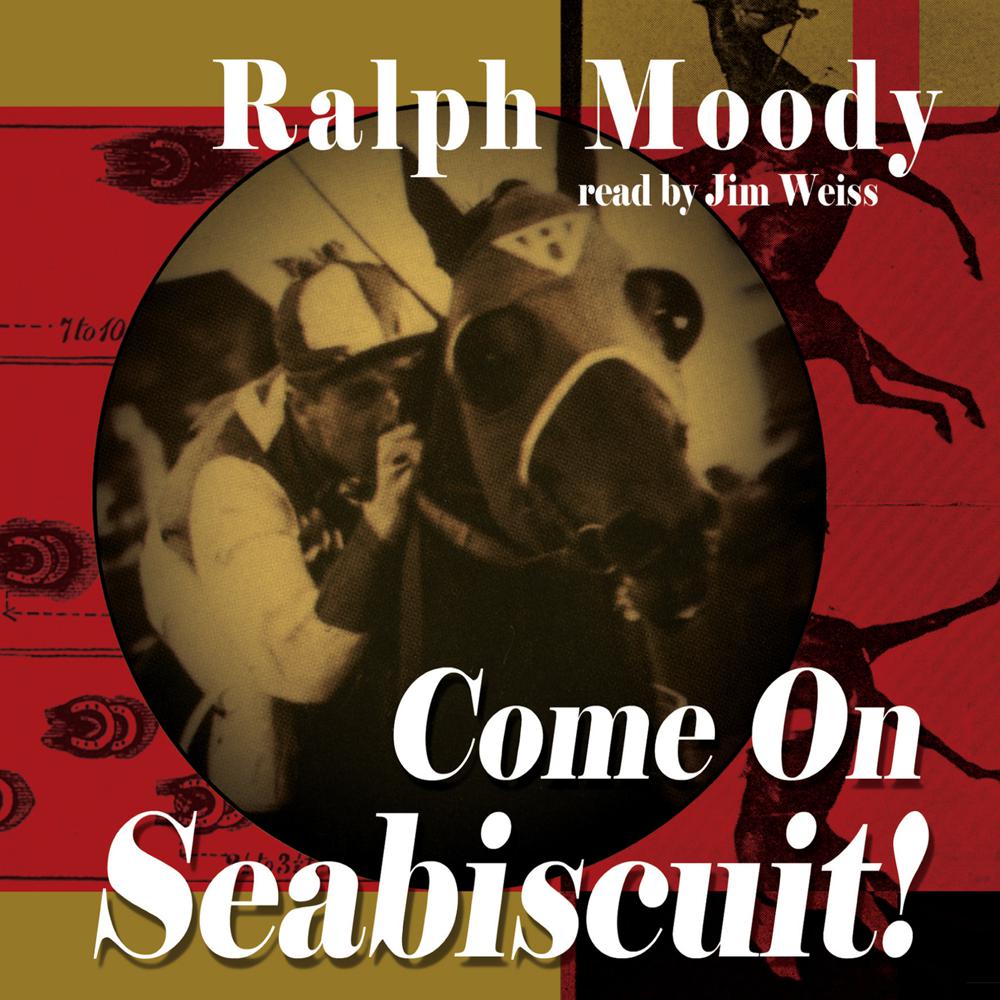 Who would have believed that a knobby-kneed little colt named Seabiscuit would become one of the most celebrated racehorses of all time? Although Seabiscuit was the grandson of the legendary Man O' War, he was neither handsome nor graceful. His head was too big, his legs were too short, and his gallop was awkward.

During the depths of the Great Depression, however, Seabiscuit won against incredible odds and uplifted the hearts of people throughout the country. Originally published in 1962, this classic recounts the thrilling tale of the plucky horse who refused to quit, the down-on-his-luck jockey who refused to let accidents keep him out of the saddle, and the taciturn trainer who brought out the best in both horse and jockey. Moving and inspirational, Come on Seabiscuit! is a reminder of the qualities that make for a real American champion.

“This is the best kind of nonfiction, reading like a novel while remaining true to fact. Jim Weiss narrates dramatically, giving life to the hopes and dreams of the characters, the flavor of the times, and the grand excitement of racing. Seabiscuit’s story inspires…The story will keep listeners on the edge of their seats.”

“Moody is no stranger to a well-told horse tale, having penned Stagecoach West and the beloved Little Britches books. But it’s this story of the knobby-kneed colt called Seabiscuit that has won the most hearts and is here lovingly retold in audiobook form on three cassettes. Storyteller Jim Weiss narrates, using his very best talents to capture the drama and heart of clumsy Seabiscuit himself, the grandson of the legendary Man O’ War.”

“Veteran storyteller Jim Weiss makes the listener feel he is sitting in the stands, adding excitement to an already suspenseful story; you can’t help but cheer on this spunky little horse.”

“This audio presentation is a perfect introduction to a heroic little horse that became a legend in his own time. Weiss’ reading is fabulous—definitely not to be missed!”