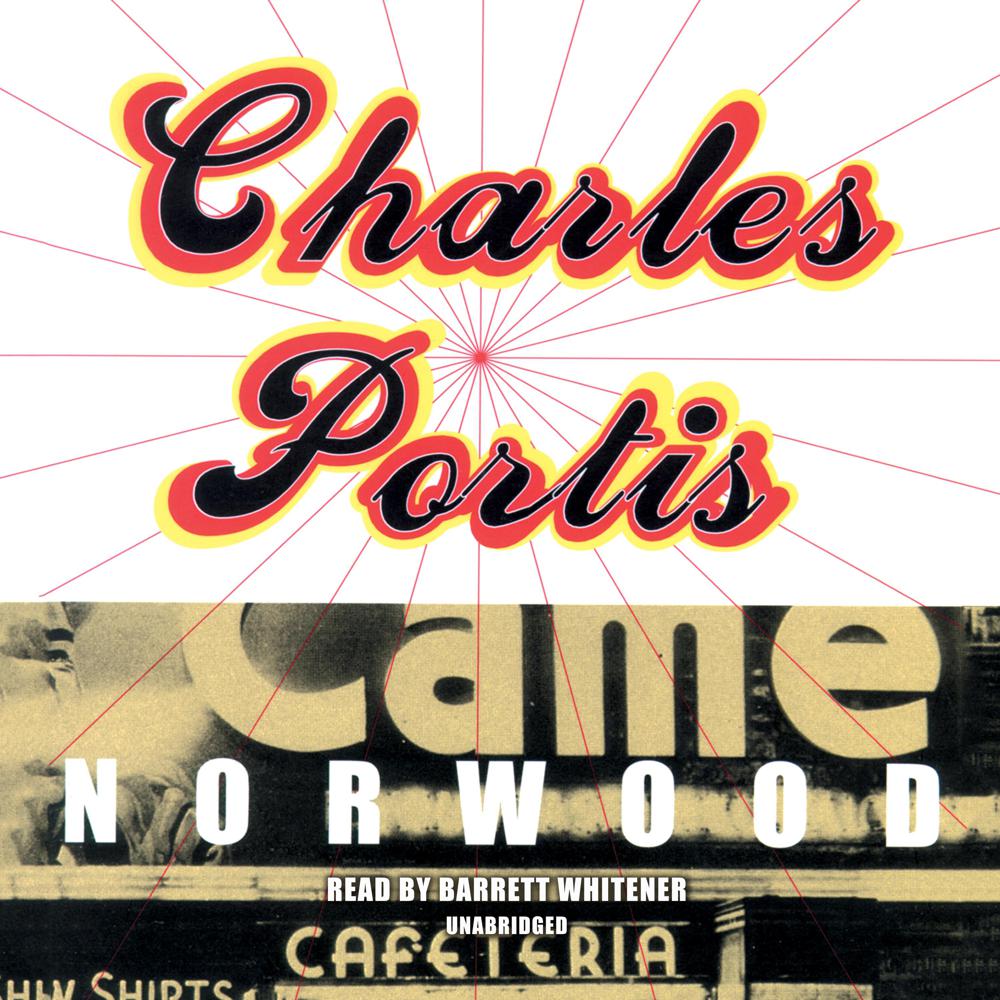 Norwood, the first novel by the long-acclaimed Charles Portis, is an outstanding example of the cool wit and unique style that has made Portis one of America's greatest writers.

Out of the American neon desert of rollerdromes, chili parlors, the Grand Ole Opry, and girls who want to "live in a trailer and play records all night" comes an ex-marine and troubadour, Norwood Pratt. Sent on a mission to New York by Grady Fring, "the Kredit King," Norwood has visions of "speeding across the country in a late-model car, seeing all the sights." Instead, he gets involved in a wild journey that takes him in and out of stolen cars, freight trains, and buses. By the time he returns home to Ralph, Texas, Norwood has met his true love, Rita Lee, on a Trailways bus; befriended Edmund B. Ratner, the second shortest midget in show business and "the world's smallest perfectfatman"; and helped Joann, "the chicken with a college education," to realize her true potential in life. As with all of Portis' fiction, the tone is cool, sympathetic, funny, and undeniably American.

“Charles Portis is perhaps the most original, indescribable sui generis talent overlooked by literary culture in America. A writer who, if there’s any justice in literary history…will come to be regarded as the author of classics on the order of a twentieth-century Mark Twain.”

“Portis’ characters—especially his wandering hero Norwood Pratt—exude a kind of perennial American freshness…Barrett Whitener’s narration is exceptional…This is a narrator whose work should be followed and anticipated with pleasure.”

“This quick, hilarious novel is a genuinely entertaining introduction to Portis’ comic brilliance. Imagine Evelyn Waugh as a southerner writing a Seinfeld episode while sipping Mint Juleps on a hot July afternoon…Enormously deadpan and full of sneaky wit.”

“A fan described Charles Portis as Garrison Keillor on LSD. The day I read Keillor—on acid or otherwise—and find him even half as funny as Portis will be a cold day in hell. Portis’ two comic classics, Norwood and The Dog of the South, have a wonderful, subtle humor not found anywhere today.”