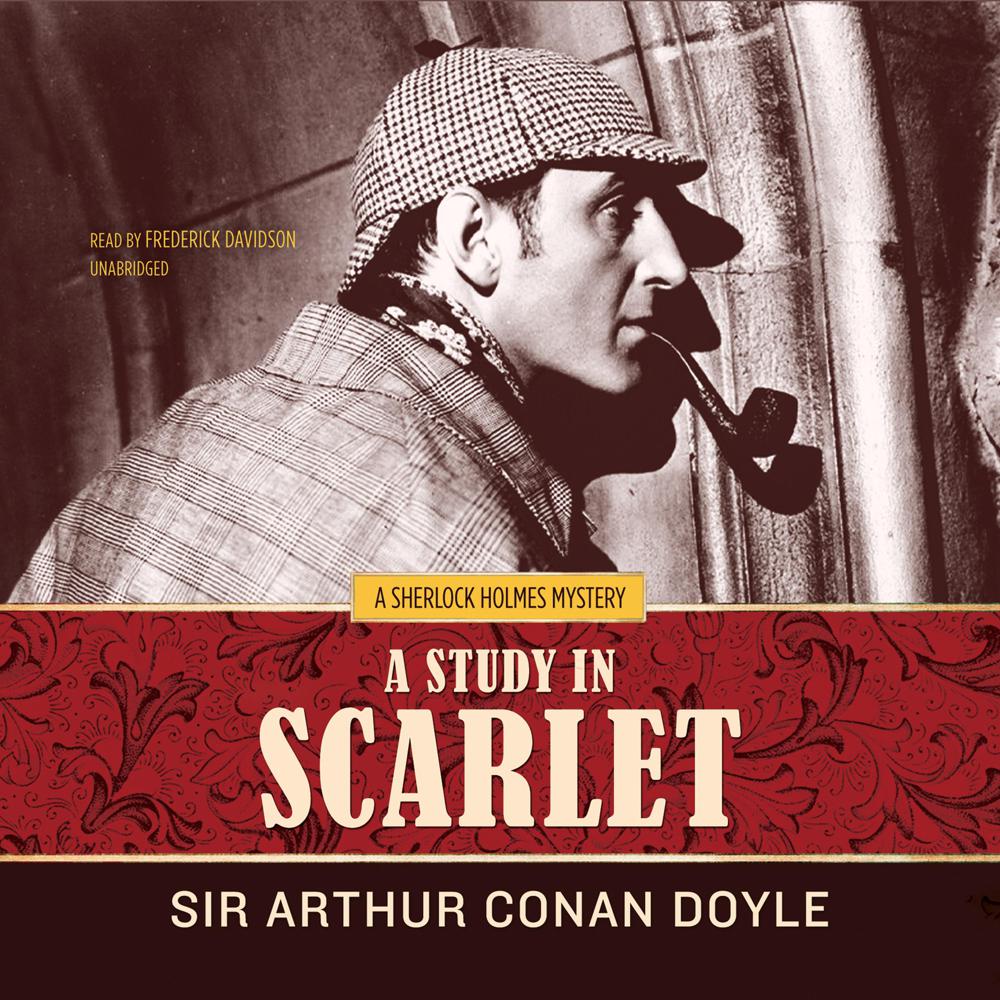 Two American travelers have been killed—one with poison, the other with a knife through the heart—and the only clues at the scene are a woman's wedding ring and the German word for "vengeance" written in blood. The military surgeon Dr. John Watson is brought in to investigate, along with his clever, arrogant new roommate, Sherlock Holmes. Thus begins one of the most famous crime-solving partnerships of all time and the debut of one of literature's most remarkable detectives.

Doyle borrowed his major elements—the detective of superhuman intellect; cases as fantastical as they are criminal; the final, dramatic resolution—from the works of Edgar Allan Poe, adding his own distinctive touches: a strong feeling for the atmosphere of late Victorian London, an interest in the methods of science, and a chivalric concern for justice and the oppressed.

“[Holmes] is probably the only literary creation since the creations of Dickens which has really passed into the life and language of the people.”

“Valuable to Sherlockians as the beginning of an ageless saga, this novel is also an interesting mystery…Sure to be a hit with mystery readers.”

“The end of a detective story is always the most entertaining part, and listeners and fans of Holmes and Watson will have little difficulty staying with this performance until its climax.”