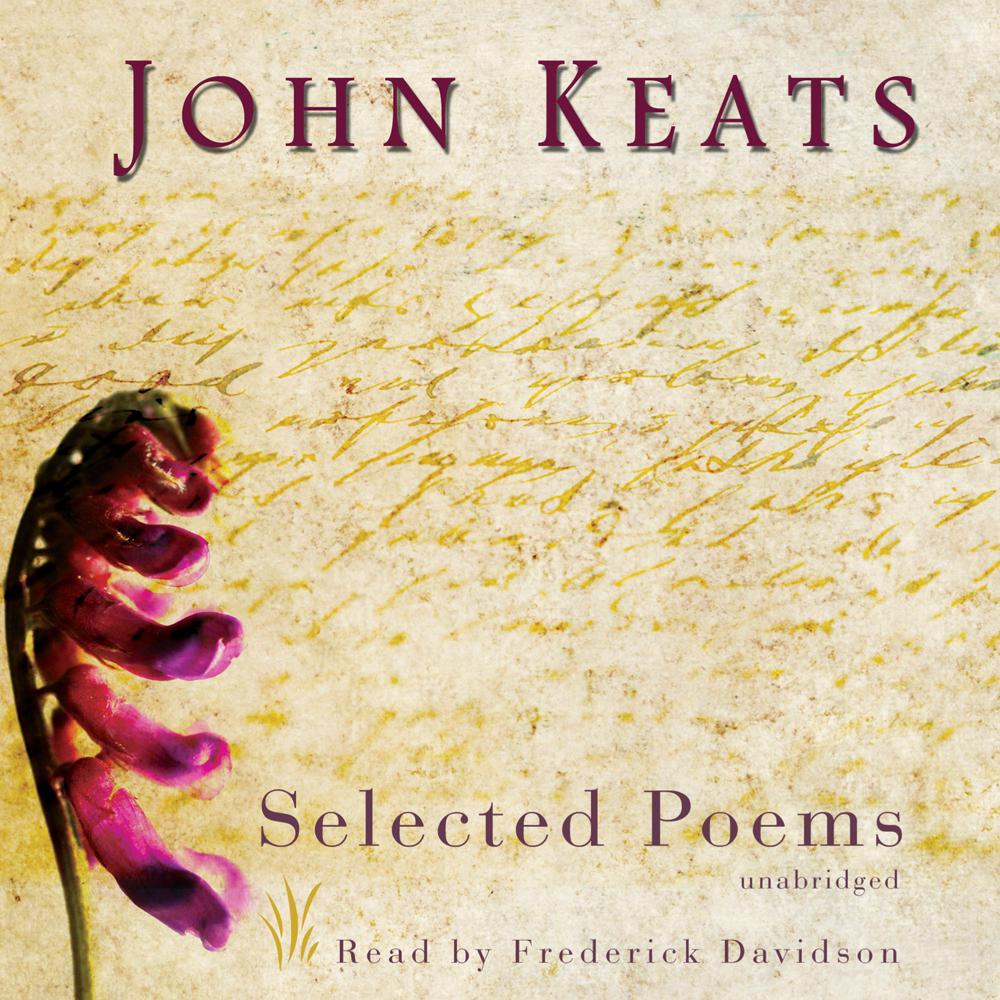 One of the most distinctive periods in poetry occurred in England early in the 1800s. This is now referred to as the age of romanticism, a movement which rebelled against the neoclassical forms and celebrated the imagination as a spiritual force. John Keats was a prominent shaper of this new movement, and as such, he was not without his critics.

"I think I shall be among the English Poets after my death," he soberly prophesied. Indeed, Keats suffered an early tragic death of tuberculosis at the age of twenty-five but today is recognized as the archetypal romantic genius who explored the limits of the imagination and celebrated the pleasures of the senses.

Unlike Shelley, Keats was not a political poet; his prime passion was for art. His muse was the goddess of beauty and truth, and his worship of her found its finest expression in his immortal odes, which stand unique in literature, unexcelled in perfection.

“No one else in English poetry, save Shakespeare, has in expression quite the fascinating felicity of Keats, his perception of loveliness. In the faculty of naturalistic interpretation, in what we call natural magic, he ranks with Shakespeare.”

“Davidson’s renderings are marvelous and unexpected.”