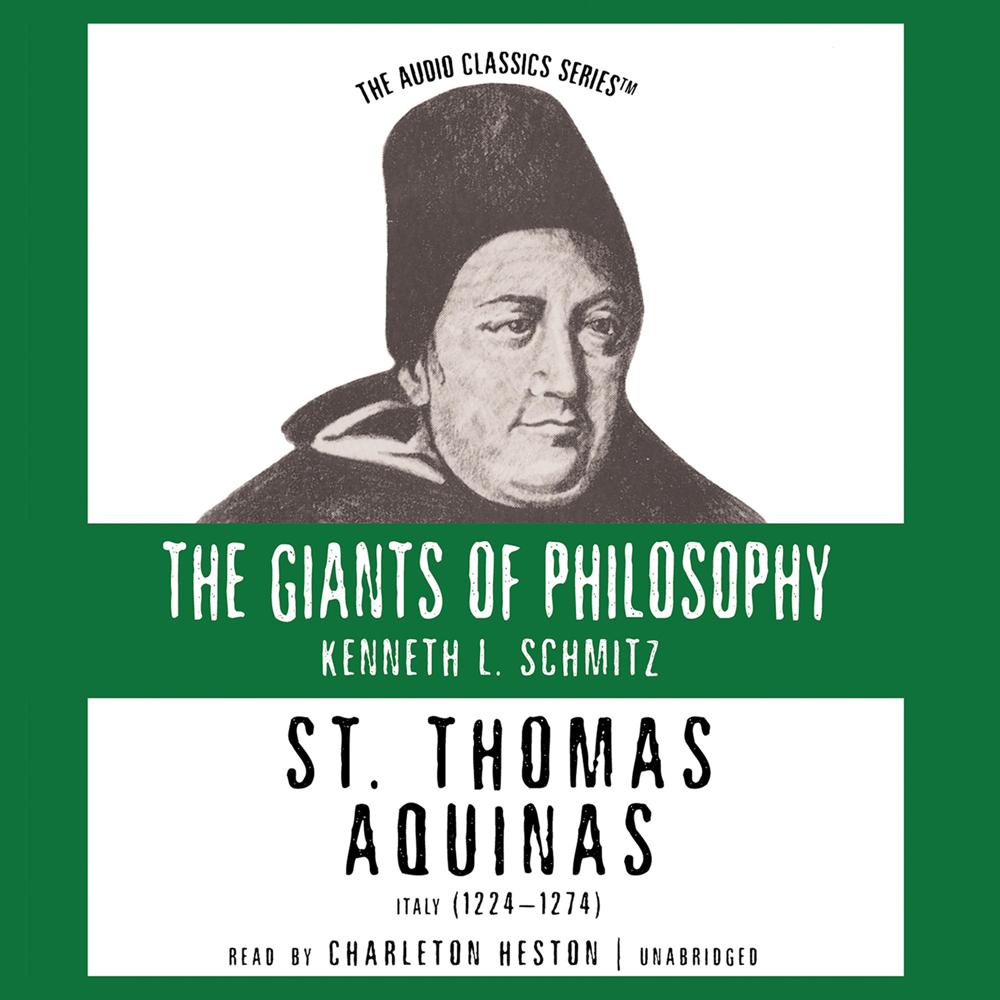 St. Thomas Aquinas is known for producing history's most complete system of Christian philosophy. In the late thirteenth century, this quiet, reflective Dominican scholar combined the work of Aristotle with Christian, Jewish, Muslim, and pagan thought to reconcile reason and faith. He believed we can know that God exists but not what God is like. Aquinas concluded that mortal happiness is uncertain but immortal happiness is the ultimate end of life; beatitude is to pass beyond death to "see the face of God." His thought continues to exert a powerful influence on Catholic philosophy today.

The Giants of Philosophy series is a collection of dramatic presentations, in understandable language, of the concerns, questions, interests, and overall outlook of the world's great philosophers and philosophical traditions. Special emphasis on clear and relevant explanations give you a new arsenal of insights toward living a better life.