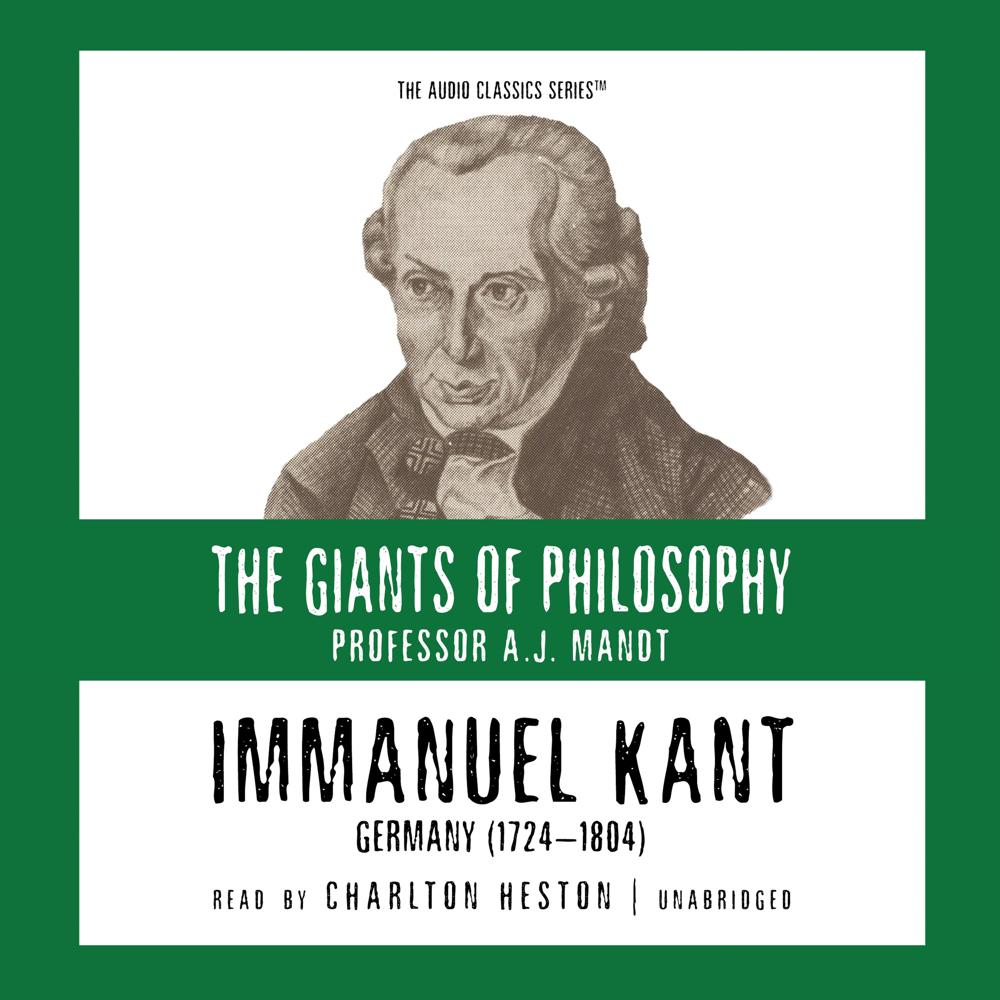 Immanuel Kant's "transcendental" philosophy transcends the question of what we know to ask how we know it. Before Kant, philosophers had debated for centuries whether knowledge is derived from experience or reason. Kant says that both views are partly right and partly wrong, that they share the same error; both believe that the mind and the world, reason and nature, are separated from one another. Kant says that our reason organizes our sense perception to produce knowledge. The mind is a creative force for understanding the manifold of new, unconceptualized sense impressions with which the world bombards us.

The Giants of Philosophy series is a collection of dramatic presentations, in understandable language, of the concerns, questions, interests, and overall outlook of the world's great philosophers and philosophical traditions. Special emphasis on clear and relevant explanations gives you a new arsenal of insights toward living a better life.