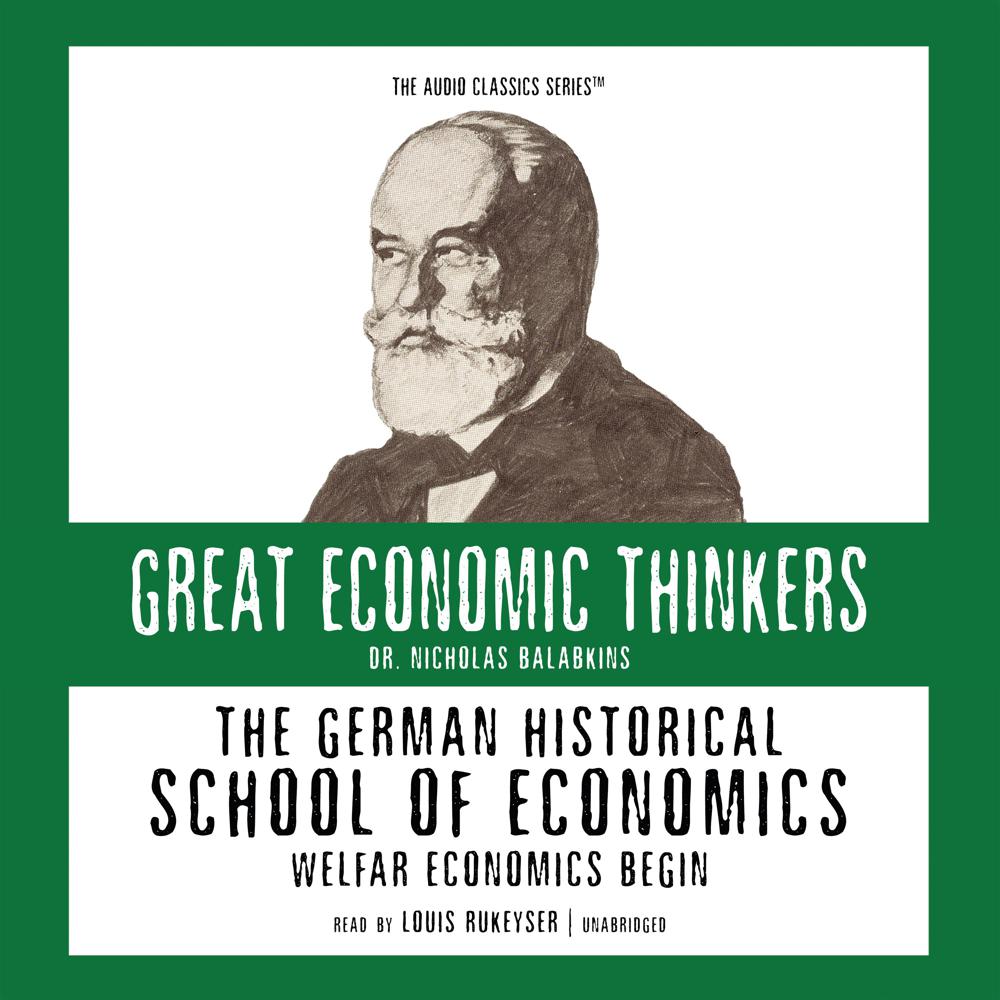 Beginning in the early 1840s, a group of German university professors denounced the abstract theories of classical economists, rejecting theoretical analysis in favor of a historical approach. They believed that theories only express what happens in a simplified world, not in the real world, and that they offer little solution to the pressing social problems of the underprivileged. Seeking to find a middle ground between laissez-faire capitalism and the Marxist revolution, they pioneered welfare capitalism.

Great Economic Thinkers is a collection of audio presentations that explain, in understandable language, the major ideas of history's most important economists. Special emphasis is placed on each thinker's attitude toward capitalism, revealing their influence in today's debate on economic progress and prosperity.