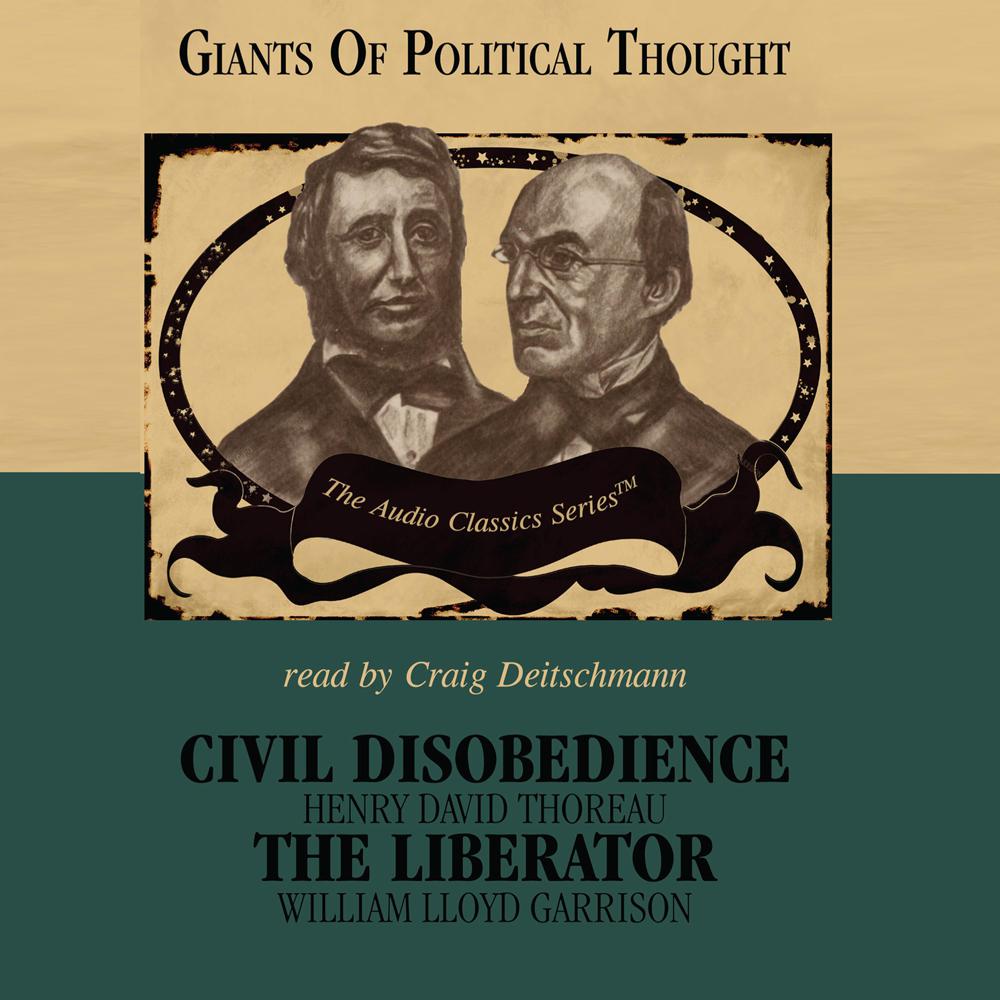 Civil Disobedience discusses Thoreau’s arguments for civil disobedience: the deliberate violation of laws for reasons of conscience. Thoreau’s concept is based on the belief that no law should command blind obedience and that non-cooperation with unjust laws is both morally correct and socially beneficial.

The Liberator was a leading voice for abolitionism in the nineteenth century. Abolitionism called for the immediate emancipation of slaves, based on the principle that individuals own their bodies, labor, and the fruits of their labor. Abolitionists vigorously opposed gradualists, who called for phasing out slavery over a long period of time; they also opposed colonizationists, who wished to relocate former slaves in another country.