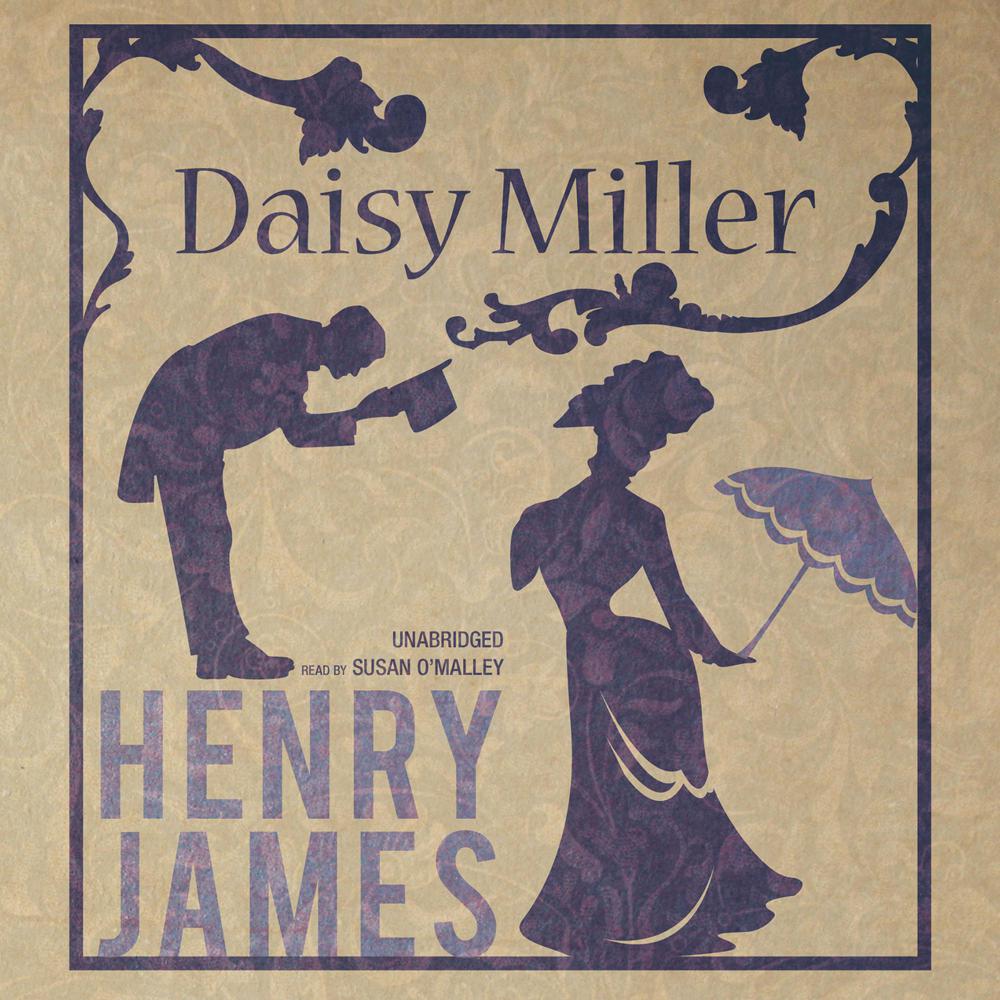 “What the European male fails to understand is that the American Girl is innocent by definition, mythically innocent; and that her purity depends upon nothing she says or does…”—Leslie Fiedler

When Frederick, an American expatriate traveling in Europe, meets the newly rich Miller family from New York, he is charmed by the daughter, Daisy, and her “inscrutable combination of audacity and innocence.” The Millers have no perception of the complex behavioral code that underlies European society, and Winterbourne is astonished at the girl’s unworldliness and her mother’s unconcern when Daisy accompanies him to the Castle of Chillon. Some months later, he meets the family in Rome, where Daisy has aroused suspicion among the American colony by being seen constantly with a third-rate Italian. Ostracized by former friends who think her “intrigue” has gone too far, Daisy denies that she is engaged to Giovanelli. Publicly, Winterbourne defends her as simply uncultivated, but privately, he hesitates.

“In Daisy Miller there is the seed of what we are to find in full bloom at the end of [James’] career...the pitting of the values of America against those of Europe. The reason Daisy has nothing in common with her fellow Americans in Rome is because they subscribe to the European way of looking at life, a way which so many of James’s novels reveal to be shallow, superficial and cynical. Daisy is honest, fresh and open.”

“What the European male fails to understand is that the American girl is innocent by definition, mythically innocent; and that her purity depends upon nothing she says or does.”

“Daisy Miller uses the contrast between American innocence and European sophistication as a powerful tool with which to examine social conventions.”

“By maintaining a vigorous, satisfying pace, Susan O’Malley holds the listener’s attention admirably. Her reading is intelligent and agreeable.”