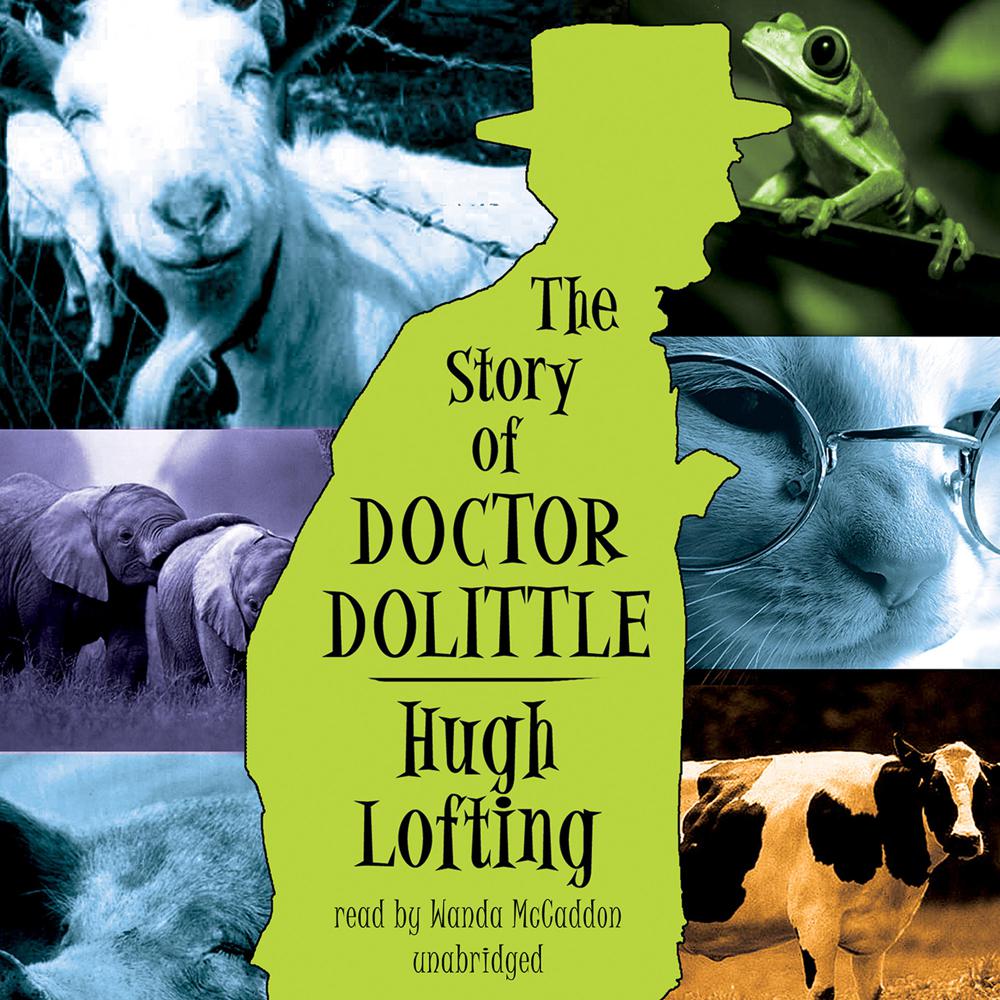 Doctor Dolittle, a little, lovable old doctor, had so many animal pets spread throughout his house and garden that patients would not come to him anymore. As a result, he became poorer and poorer. But he occupied nearly all of his time tending to his pets, and his fame as an animal doctor spread all over the world. When the monkeys in Africa were stricken with an epidemic, they gave the good doctor a call. He set sail at once.

The adventures during his magnificent journey across the ocean, through the high kingdom of the Jolliginki and back again by way of the Canaries, combine to form a story filled with delight. An enduring classic, it will dazzle and delight readers young and old.

“Any child who is not given the opportunity to make the acquaintance of this rotund, kindly, and enthusiastic doctor/naturalist and all of his animal friends will miss out on something important.”

“[Wanda McCaddon] has a great time hooting, greeting, barking, and grunting through this kick-off book in the famous children’s series…[McCaddon] attempts to give each animal its species-specific voice, and she succeeds with enthusiasm, levity, and gaiety. One can picture a circle of eager, young faces drinking in this incredible and colorful tale.”