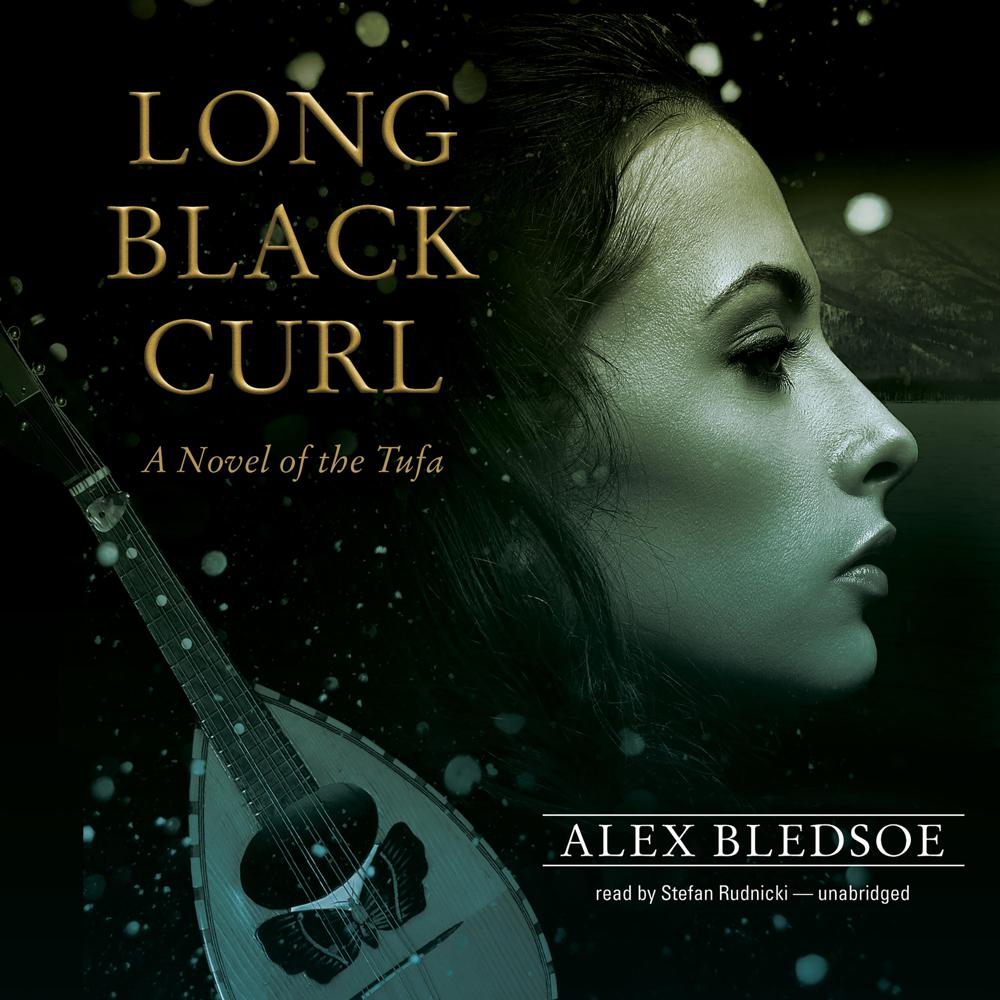 Long Black Curl is the latest installment in Alex Bledsoe's acclaimed urban fantasy series, where magic is hidden in plain sight and age-old rivalries simmer just beneath the surface.

In all the time the Tufa have existed, only two have ever been exiled: Bo-Kate Wisby and her lover, Jefferson Powell. They were cast out, stripped of their ability to make music, and cursed to never be able to find their way back to Needsville. Their crime? A love that crossed the boundary of the two Tufa tribes, resulting in the death of several people.

Somehow Bo-Kate has found her way back. She intends to take over both tribes, which means eliminating both Rockhouse Hicks and Mandalay Harris. Bo-Kate has a secret weapon: Byron Harley, a rockabilly singer known as the "Hillbilly Hercules" for his immense size and strength, and who has passed the last sixty years trapped in a bubble of faery time. He's ready to take revenge on any Tufa he finds.

The only one who can stop Bo-Kate is Jefferson Powell. Released from the curse and summoned back to Cloud County, even he isn't sure what will happen when they finally meet. Will he fall in love with her again? Will he join her in her quest to unite the Tufa under her rule? Or will he have to sacrifice himself to save the people who once banished him?

“Bledsoe’s third tale of the Tufa—Appalachia-dwelling descendants of the Fae, all possessing great musical talent—sees two of their own returning, after a long exile, to fight for leadership of the community…The core concept is solid and fascinating; the execution strikes just the right tone between fantastic and tragic. Bledsoe plays with lyrics and atmosphere, incorporates folklore and superstition to good effect, and even toys with alternate history for further resonance.”

“Long Black Curl is an intricate and multifaceted story. It’s no secret that music stirs the soul, and combining that with a folk-tale setting makes for a deeply heart-rending novel. While this is third in the Tufa series, new readers will be more than able to enjoy the story, and fans will especially appreciate the progression of characters and events.”