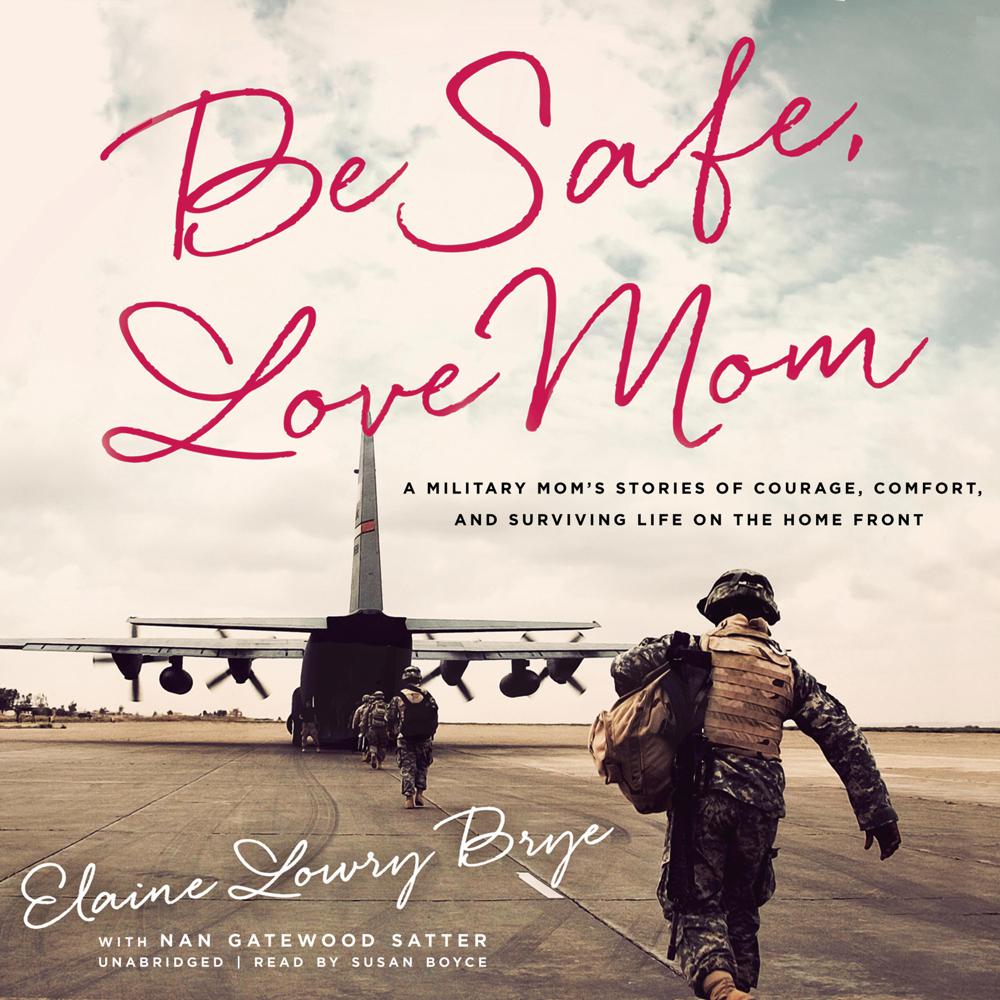 When you enlist in the United States military, you don't just sign yourself up for years of duty—you also commit your loved ones to a life of service all their own.

No one knows this better than Elaine Brye, an army brat turned military wife turned military mom of four officers, each serving in a different branch of the military: Air Force, Army, Marine Corps, and Navy.

Brye's father and mother met while both serving in the US Army, and her childhood was that of a typical army brat, with frequent moves—some to faraway countries—dinner-table conversations full of military lingo, an ever-present anxiety during her father's deployments to Vietnam and elsewhere, and family vacations to national monuments and battlefields. In 1976—the first year women were accepted in the service academies and ROTC—Brye herself enlisted in the Air Force, where she would later meet her husband, an Air Force pilot.

In Be Safe, Love Mom Brye reflects on her family's military service and offers a lifetime's worth of insight, comfort, wisdom, and a bit of humor to fellow military moms who are navigating the unpredictable life that accompanies having a child—or children—in uniform.

In intimate and instructive essays—on topics ranging from that first goodbye on induction day to the comforting power of the military community, from the healing power of faith to coping with the enormous sacrifice military life requires—Brye braids together her own personal experiences with those of fellow parents she's met along the way, offering gentle guidance and hard-earned wisdom to those new to the sisterhood of military moms.

In this one mom doing her best to hold down the home front, readers will find a wise and endearing friend to guide them through the unpredictable life of having a child in uniform, all the while reminding us that within each military mom's personal story lies universal experiences of courage, loss, loneliness, faith, pride, and ultimately, a parent's unconditional love.

“Brye offers an invaluable handbook for parents of US military service members. An Army brat, Air Force wife, ROTC candidate, and mother of four military officers—one each in the Army, Navy, Air Force, and Marines—she draws her advice from hard-won experience…Brye doesn’t shrink from the hardest topics, including traumatic brain injuries, PTSD, and, most unthinkably, casualty calls. For nonmilitary families, her work is a powerful reminder of the sacrifices made by those who serve and by their loved ones. For military families, Brye’s book will comfort and inform.”

“The mother of four serving military officers pays tribute to the parents of children in active service, especially mothers, America’s ‘unsung heroes’…Coming from a multigenerational military family—her parents served during World War II, her husband is a retired officer, and she has four children on active duty—she knows the terrain…The author also touches on the special difficulties for women in the military, as they must demonstrate physical toughness but not get too chummy with their male counterparts, in order to gain respect…A compassionate, insightful guide for military parents and the rest of us who are in their debt.”