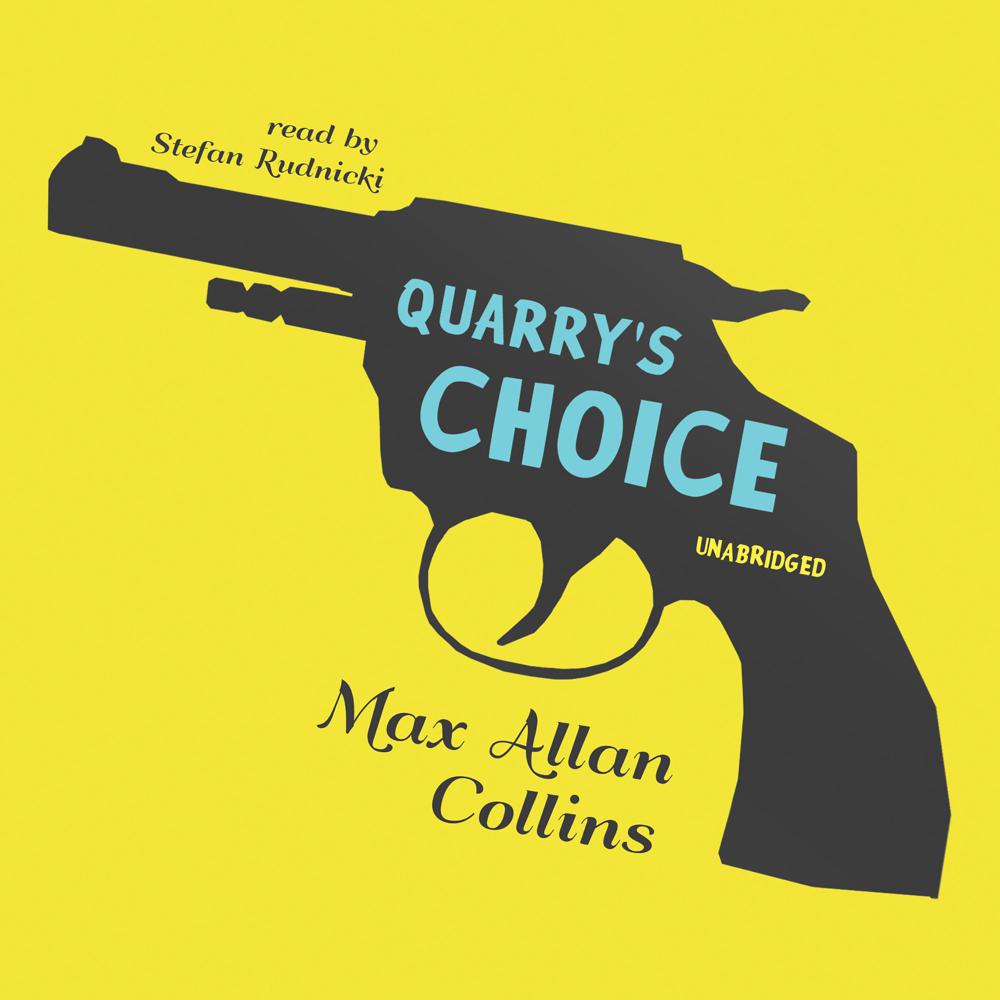 Quarry is a pro in the murder business. When the mysterious man he works for becomes a target himself, Quarry is sent south to remove a traitor in the ranks. But in this wide-open city—with sin everywhere and betrayal around every corner—Quarry must make the most dangerous choice of his deadly career: who to kill?

"Quarry’s Choice moves at a speed just slightly over the limit like a smooth, oiled literary machine with enough pick up and power to carry the reader to a damn satisfying finale.”

“This is a terrific hard-boiled series; read just one, and you will look forward to the next installment or finding the earlier books.

“If you are a fan of hard-boiled fiction, I heartily recommend Max Allan Collins’ Quarry!"

“Quarry is a pro. He learned to kill in Vietnam, and thanks to his employer, known only as the Broker, he has found a way to keep doing what he does best…[Max Allan Collins is] one of the best thriller plotters in the business—nothing too elaborate or multifaceted or, God help us, literary; no, just violent, fast-moving, clever storytelling, in the John D. MacDonald and Lawrence Block vein.”

“Thanks to Collins, and narrator Stefan Rudnicki, you can’t put your headphones down…Rudnicki’s voice is deep and entrancing…[and] he’s got a fine Southern brogue and moves this hard-core story along at a frenzied clip.”

“No one can twist you through a maze with as much intensity and suspense as Max Allan Collins.”

“Collins has an outwardly artless style that conceals a great deal of art.”