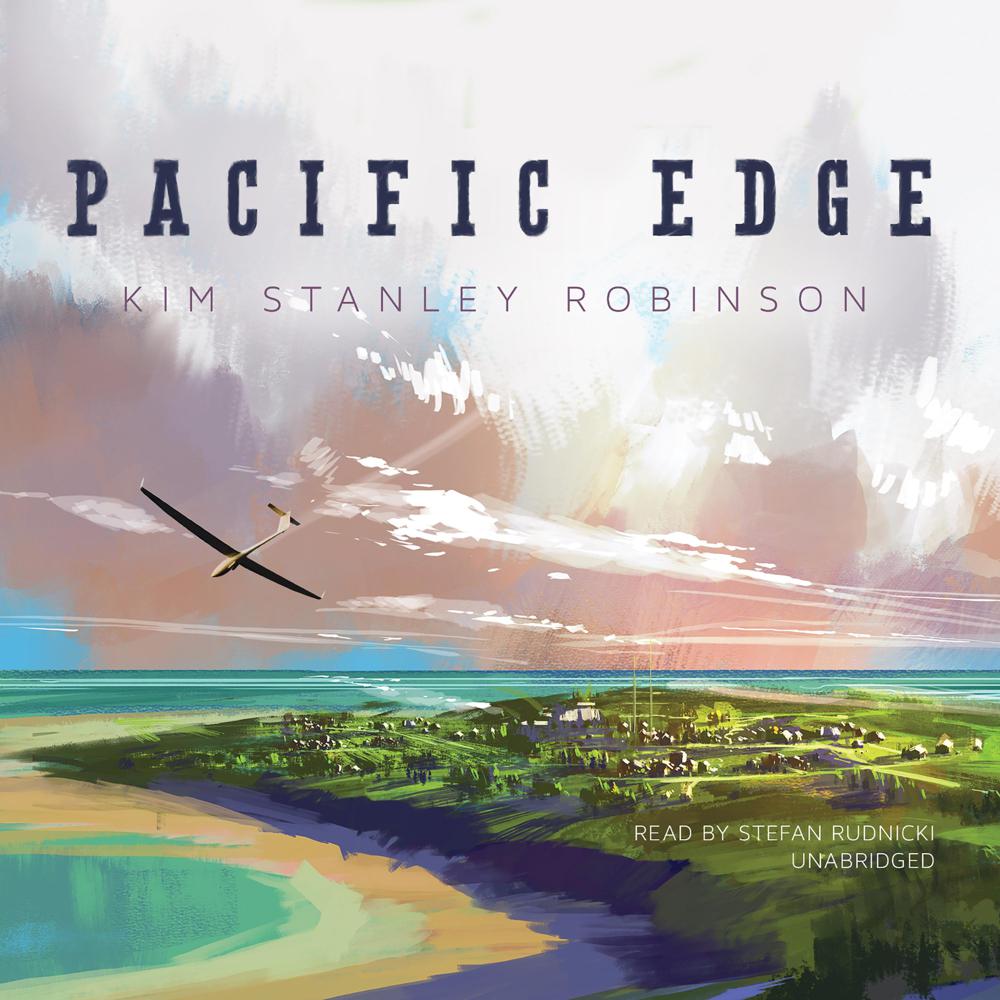 North America, 2065. In a world that has rediscovered harmony with nature, the village of El Modena, California, is an ecotopia in the making. Kevin Claiborne, a young builder who has grown up in this "green" world, now finds himself caught up in the struggle to preserve his community's idyllic way of life from the resurgent forces of greed and exploitation.

“Twenty-five years after its print publication, Pacific Edge finally has an audio edition, thanks to Stefan Rudnicki and Skyboat Media…No other book in my collection has the power to uplift me with hope and optimism like this one…Pacific Edge is an inspiring story about inspiring stories. It’s even more relevant now than it was a quarter century ago.”

“Through a blend of dirt-under-fingernails naturalism and lyrical magical realism, Robinson invites us to share his characters’ intensely personal, intensely loyal attachment to what they have. The result is a bittersweet utopia that may shame you into entertaining new hope for the future.”

“An outstanding achievement…Robinson’s writing ranks in the highest levels of the genre. The book generates a soaring optimism.”