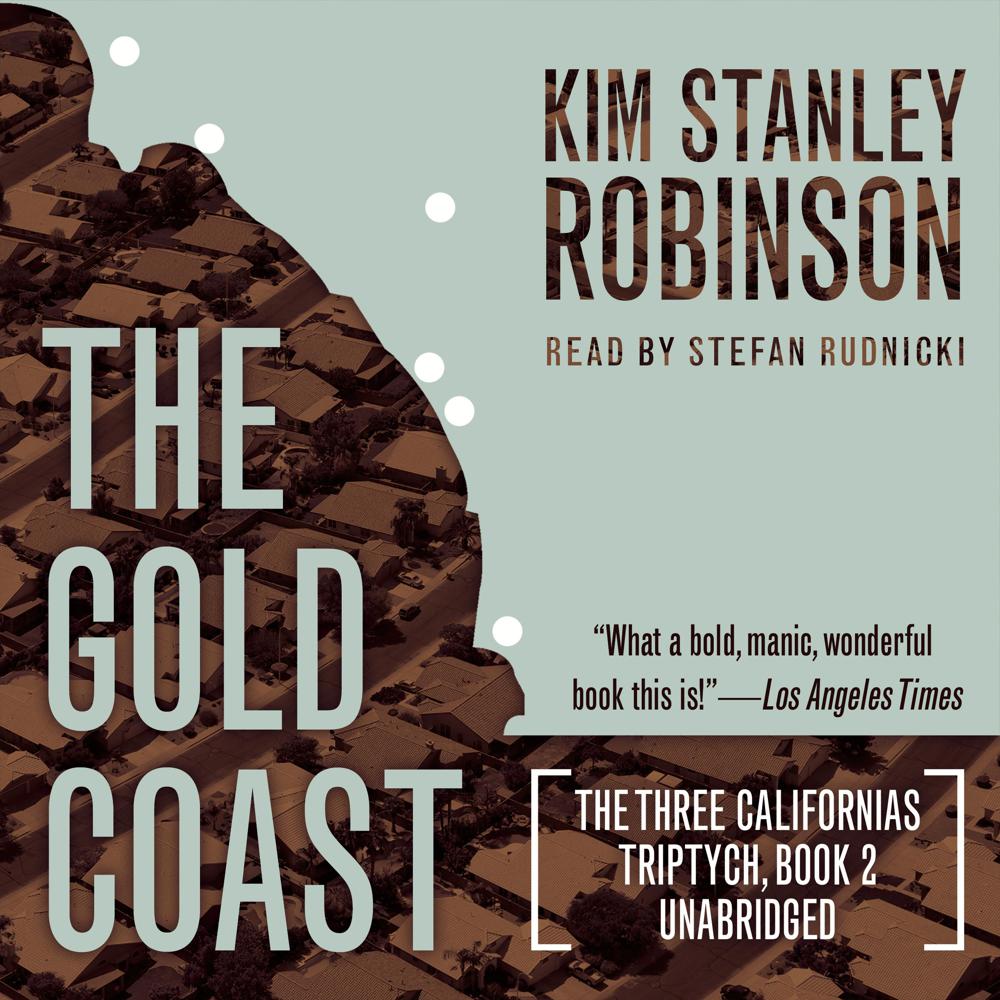 North America, 2027. Southern California is a developer's dream gone mad, an endless sprawl of condos, freeways, and malls. Jim McPherson, the affluent son of a defense contractor, is a young man lost in a world of fast cars, casual sex, and designer drugs. But his descent in to the shadowy underground of industrial terrorism brings him into a shattering confrontation with his family, his goals, and his ideals.

The Gold Coast is an epic work of science fiction that explores a grim future and what one man can do to turn the tides.

“A rich, brave book…It celebrates, with an earned and elated refusal of despair, the persistent, joyful survival of human persons in the interstices of the American juggernaut.”

“What a bold, manic, wonderful book this is!”

“Like light focused into coherent beam, The Gold Coast brilliantly illuminates the craziness of technology out of control.”

“This fine, bleak look at Orange County, California, owes more to 1984 and A Clockwork Orange than to the usual SF scenario…Interspersed in the story are elegiac views of the history of ‘OC’ and its possible grim future. Robinson offers a stark cautionary tale with a glimmer of hope at the end.”

“Stefan Rudnicki’s deep voice is a solid match for the disillusioned characters, including burned-out aerospace contractor Dennis McPherson…Rudnicki gives his son, Jim, a lighter tone filled with a youthful optimism that is worn away when he begins to take part in antiwar terrorist acts, sabotaging the very technology his father helps to create. Explosive and gripping.”