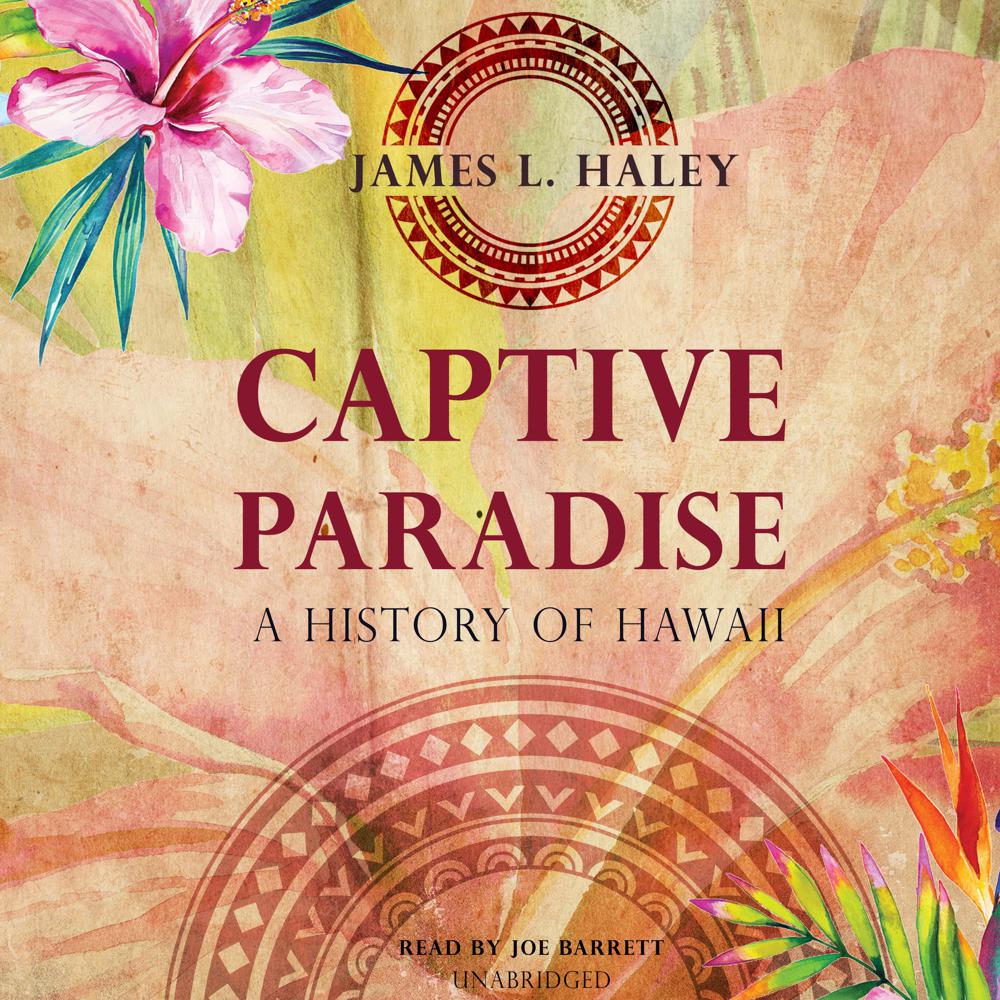 In the tradition of Nathaniel Philbrick and David McCullough comes the first full-scale narrative history of Hawaii, an epic tale of empire, industry, war, and culture.

The most recent state to join the union, Hawaii is the only one to have once been a royal kingdom. After its discovery by Captain Cook in the late eighteenth century, Hawaii was fought over by European powers determined to take advantage of its position as the crossroads of the Pacific. The arrival of the first missionaries marked the beginning of the struggle between a native culture with its ancient gods, sexual libertinism, and rites of human sacrifice and the rigid values of the Calvinists. While Hawaii's royal rulers adopted Christianity, they also fought to preserve their ancient ways. But the success of the ruthless American sugar barons sealed their fate, and in 1893 the American Marines overthrew Liliuokalani, the last queen of Hawaii.

Captive Paradise is the story of King Kamehameha I, the Conqueror, who unified the islands through terror and bloodshed but whose dynasty succumbed to inbreeding; of Gilded Age tycoons like Claus Spreckels, who brilliantly outmaneuvered his competitors; of firebrand Lorrin Thurston, who was determined that Hawaii be ruled by whites; of President McKinley, who presided over the eventual annexation of the islands. Not since James Michener's classic novel Hawaii has there been such a vibrant and compelling portrait of an extraordinary place and its people.

“The story of our 50th state and how it was forced to change. Hawaii was ruled by a monarchy until 1893, when a group of foreigners (primarily American) staged a coup d’état. This book tells its history and focuses on how we stole it.”

“A potent reminder of the crucial significance of Hawaii…Captive Paradise begins with a memorably fine account of the murderous moments leading up to Captain Cook’s death at Kealakekua Bay on the Big Island in 1779. Mr. Haley then weaves his way through the tortuous history of the various monarchs and princes…[and] missionaries and of their descendants who made so many ungodly fortunes in pineapple, sugar, and rice.”

“Haley’s story goes beyond surfboards and orchids; it is a dramatic history of the US’s most recent and complex state.”

“This expansive work from historian and novelist Haley focuses on Hawaii’s annexation by the United States…[An] eye-opening study of Hawaii before it became a modern tourism capital—the Hawaii which continues to fascinate Westerners today.”

“A haunting tale of imperialism…Brimming with phrases in the Hawaiian language, this meticulously researched account contains everything from local folklore to biographies of prestatehood rulers…Essential for readers interested in American history or politics.”

“[An] excellent survey…This is a revealing and balanced view of Hawaii’s history in the nineteenth century.”

“Barrett’s folksy, gravelly baritone is clear and easy to follow. Both Haley and Barrett treat the Hawaiian language with respect, aiming for accurate pronunciations whenever possible. Barrett does his best even with lengthy discussions of Ali’i genealogy. This is a significant contribution to an often overlooked subject.”